The sample wines were multiplying again, so I invited over some friends and opened a variety of bottles from California and Spain.  I’ve found as the blog gets older, the wines are definitely getting better.  Today was no exception. 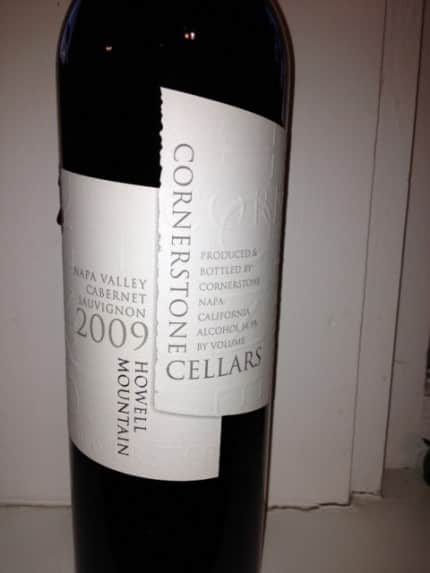 Cornerstone Cellars never disappoints.  We started with the Cornerstone Cellars 09 Cabernet Sauvignon from Howell Mountain.  I was lucky enough to have tried this before at A Taste of Howell Mountain in Dallas.  This was a gorgeous wine with lots of black cherry, currant, licorice, mocha, cinnamon and lots of depth and complexity.  These wines are consistently good – the grape and the region don’t seem to matter.  It is priced at $80, but it is cellar and special occasion worthy. 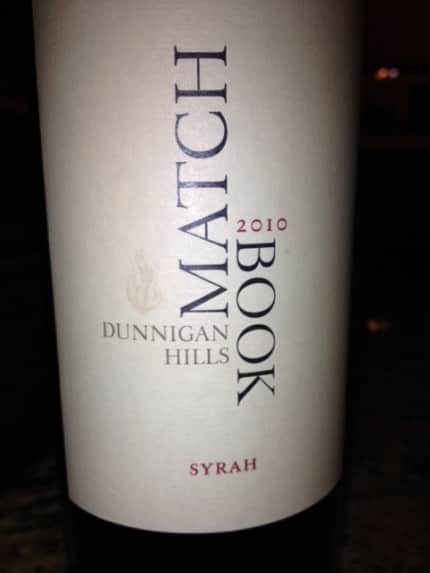 Our next journey through California was the 2010 Matchbook Syrah from Dunnigan Hills, a winery that I was not familiar with before the tasting.  It was jammy and spicy with notes of raspberries, blackberry pie, plum and currants.  We were eating olive hummus and it was a fabulous match with the food.  At a suggested retail price of $16, this was a great wine for the price.

I continued my love affair with the Rioja region with wines from Basque Country. 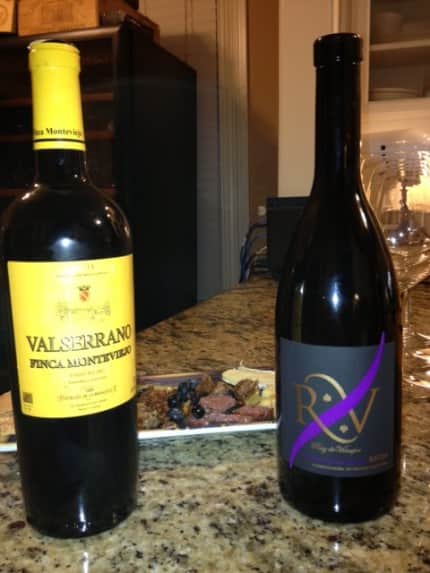 We started with the 2007 Bodegas Ruiz de Viñaspre, which is 100 percent tempranillo, with lots of berry, licorice, violets and mocha with candied fruits.  This was another very drinkable value wine for about $15.

The second bottle was the 2007 Finca Monteviejo, which is from Viñedos y Bodegas de la Marquesa – Valserrano, a decades-old, family run winery.  The wine is 95 percent tempranillo and a 5 percent mix of graciano and garnacha. This was an earthy and intense wine with dried fruit, blackberry, currant, jam and chocolate.  Very well balanced and $42.