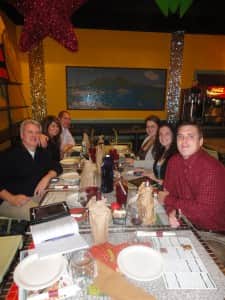 Before the holidays, a group of Dallas-based wine folks gathered together for our first brown bag tasting event.  We tried ten wines in an informal format at Campania Pizza in Uptown, who was generous enough to waive the corkage fee.

The parameters were wide open – a red wine in the neighborhood of $20-25 a bottle.  I was really intrigued to see what the group would bring as it was a varied group of wine lovers – some formally trained and some self taught – all interested in continuing their journey with wine.

Here was the line-up and my reactions: 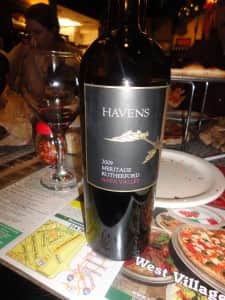 We had a great time, ate some really good pizza and enjoyed diverse wines from around the world.  Our next brown bag tasting is in early February and we’ll taste Pinot Noirs.  I just happen to have another surprise in store.