In another pinch myself moment on the trip, I had the opportunity to have lunch with Bernard Portet, considered to be one of the forefathers of the Napa Valley wine industry , at Don Giovanni.  For almost 40 years, Bernard was the co-founder and wine maker for Clos du Val Winery who helped pioneer and revitalize the American wine industry during the 70s with others like Robert Mondavi, Louis Martini and Joe Phelps.

He came to California in 1968 after studying Agronomy, Viticulture and Enology at Schools of Agronomy of Toulouse and Montpellierto.  After a stint in the army, he was hired by John Goelet, an American descendant of the Guestier wine merchant family of Bordeaux, to search the world including Australia, South Africa, North America and North Africa to find the best region outside of France to plant a vineyard.  Because he knew terrior, the microclimate and soil or sense of place, was so important he found what he was looking for in Napa’s Stags Leap District.  He produced the first vintage in 1972.  During his 40 years at Clos de Val, he knocked on doors to sell wine, planted another vineyard in Carneros and mastered the wine industry.  But he never changed his style and remained true to his elegant approach to a sense of place and balance.

Bernard started by talking about the team spirit back he experience when he first arrived in Napa Valley as the winemakers were willing to share everything that they were doing, since they were working toward a greater good to get California wines on the map.  Fast forward 40 years and he said that spirit of cooperation is still strong.  What has changed is the independence of some of the winemakers as they are now owned by large conglomerates and don’t have the freedom to share as they have in the past.

His retirement from Clos de Val had lasted for about six months when he was approached by a former colleague, Don Chase, at a Napa Valley coffee shop.  That cup of coffee led to the formation of Polaris Wines, who recently launched Heritance Wines.  The name Heritance, which focuses on Napa Valley Cabernet and Sauvignon Blanc (signature wines of France) is a combination of “heritage” and “inheritance.”  Since Bernard comes from nine generations of winemaking beginning in the 1600s, his heritage is evident.  He talked about being born in the same bedroom as his father and grandfather in Cognac, France.  “Inheritance” refers to his father, who was the regisseur of Chateau Lafite, one of the most highly regarded estates in the world, who taught him the wine business.

With the understanding that he would only make the wine and not handle the operations, he went about the business of putting his winemaking style, which he describes as “balance, elegance and complexity,” to good use.  This time he sources the best grapes throughout Napa Valley. 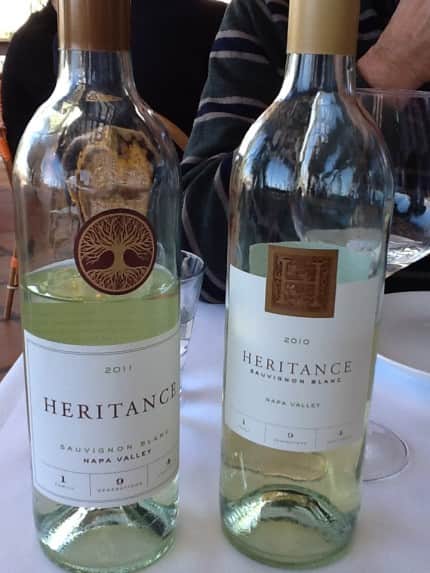 We tried the following line-up of the Heritance wines (and in the spirit of full disclosure, I’d buy any one of them): 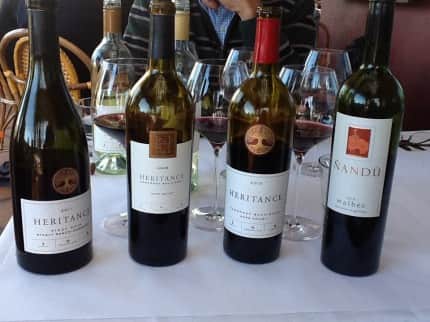 –          2011 Heritance Sauvignon Blanc, also a blend of Sauvignon Blanc and Rousanne.  Bernard described the texture almost as a drop of olive oil and he was right.  It was full of tropical fruit, guava and was very rich and complex.

–          2011 Pinot Noir, the wine was made in a Burgundian style with creamy notes of cherry, spice and great balance.  This is the first vintage of this wine.

Our last wine was an Argentine Malbec named Nandu.  On one of his trips, Bernard found some great vineyards in southern Mendoza and decided to make a wine there.  We tried the 2010 Malbec that was soft and full of blackberry, herbs, blueberry and cranberry.  I would bet this Malbec would convert non-Malbec drinkers. 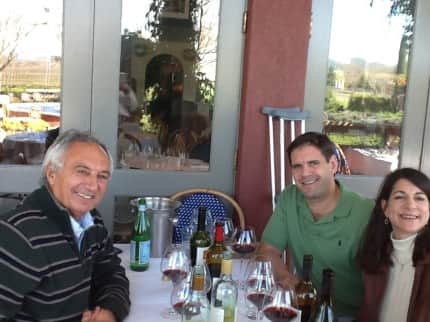 Bernard described Heritance as a “virtual winery without walls.”  His goal is to make complex and complete wines that go well with food.  I, for one, am very glad that he didn’t retire. There is a great deal of “heritance” that is still yet to come.