An Unexpected Conversation with David Adelsheim 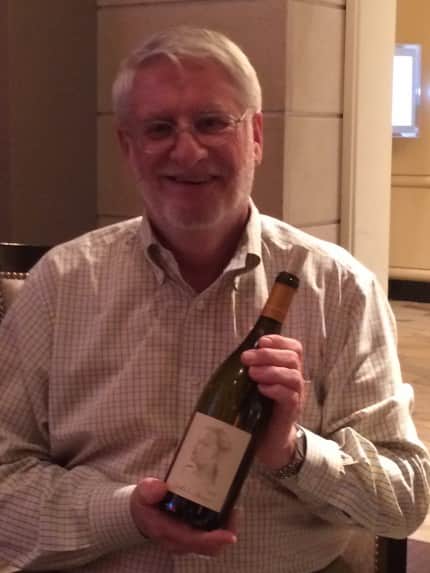 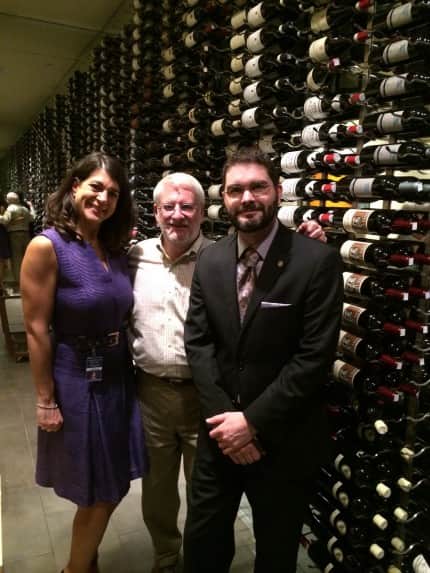 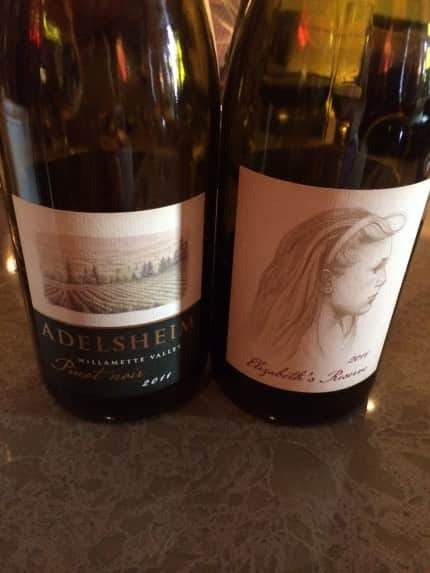 Sometimes the stars align … last week appeared to be the perfect storm of a very tough and demanding work week.  We had a series of key all-day meetings for most of the week, which was grueling.  At the end of the week I found myself at the Fairmont Hotel with my executive team where we were having a very well deserved drink.

I ordered an Adelsheim Pinot Gris, usually one of my favorite “go to” whites on the Fairmont’s by the glass list. Our waitress stopped and said, you know that David Adelsheim, the founder, is sitting right over there doing a private tasting.  Of course I immediately crashed the tasting with Dallas Wine Chick card in hand.  Luckily, Hunter Hammett, one of the top somms in Dallas who leads the Fairmont’s impressive wine program and who is a friend, asked me to join while my executive team, at the paying gig, watched incredulously.

I had to get back to the meetings, so it was much faster than I would have liked.  David talked about the introduction of two chardonnays from Adelsheim and the concerted effort that has been going on back in the Willamette Valley to bring this grape to the public.  He’s been part of the effort of folks that have been working on making a good chardonnay since the late 1990s – to truly understand when to pick them, how to make them and how to make it the best grape it can be.  When I was at the wine bloggers conference (#wbc10) in Oregon, I was struck by the collaboration that occurred with the wine making community.  We tried the 2013 Willamette Valley Chardonnay and the 2012 Caitlin’s Reserve Chardonnay – the later of which was newly released.  Both chardonnays were great good, the Adelsheim Caitlin’s Reserve Chardonnay 2012 was stunning.  Pick it up while you can at Pogo’s – it’s lovely and only 350 cases were made.

We also tried the Adelsheim Rose 2013, a dry rose made from Pinot Noir grapes.  This had lots of fruit, but a minerality that made it a “Melanie” rose.  Those of you who know me understand that I don’t normally like in a rose.  This was a very nice rose.

We also tried two Pinot Noirs – the 2011 Willamette Valley Pinot Noir and the 2011 Elizabeth’s Reserve Pinot Noir, both newly released.  These were great representations of Oregon style Pinot’s, but I never would have picked these out of a blind tasting as Oregon Pinots.  2011 was a very cool vintage and was the latest harvest on record.  I asked David what he thought would happen with the evolution of these wines – he laughed, shook his head and said he had absolutely no idea.  The Willamette Valley Pinot Noir was full of black cherry, spice and was lovely.  Elizabeth’s Reserve was a bigger wine with lots of forest floor, berry, cherry, spice and cherry.

I asked David if he was trying to replicate the style of the 2011 and he said his goal was not to make another replicated vintage but just to make lovely wines.  Based on my experience with Adelsheim, this is a strategy that has worked well for him since 1971.

One comment on “An Unexpected Conversation with David Adelsheim”