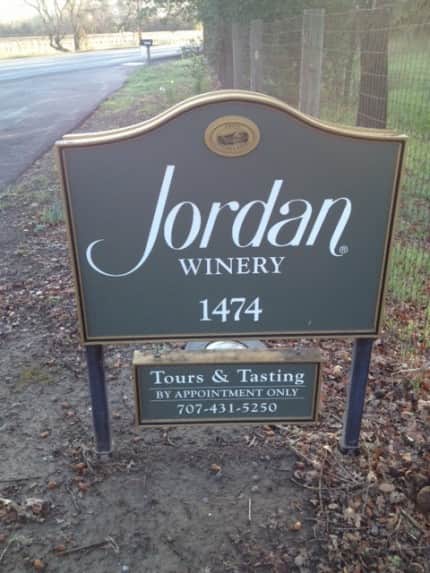 When I started my blog a little over three years ago, I never expected that it could lead to an invitation from one of the best California wineries, Jordan Vineyard & Winery, to stay at their estate for an evening.  Due to a friendship with Lisa Mattson, Jordan’s head of marketing and engagement, we found that ourselves in the position of winning the wine bloggers lotto.

Approximately five days before we left, my husband tore his Achilles which meant he would be on crutches for the trip and many months to come.  It was touch and go until two days prior to our trip if he was going to be able to make it.  The stars aligned, the doctor gave him clearance, we were upgraded on the flight, and then American lost our luggage.  But more on that later. 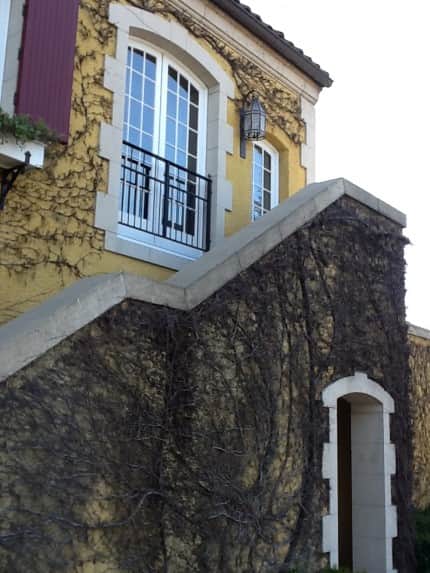 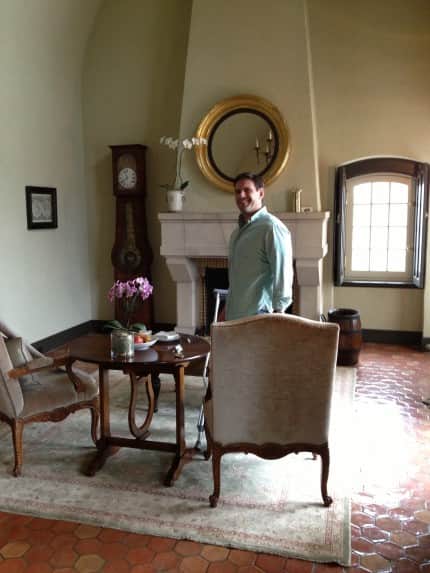 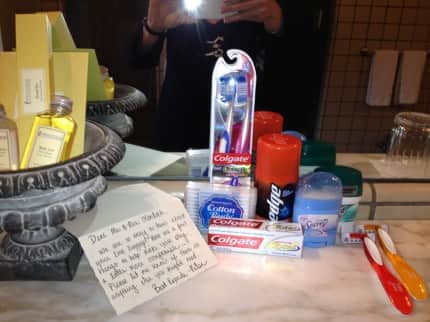 We were met by Sean Brosnihan from guest services who showed us to our amazing suite that was stocked with fruit, water and a lovely bottle of Jordan Chardonnay.  Every detail was handled by Nitsa Knoll, director of hospitality.  Jordan, who absolutely has the art of customer experience down pat, also provided toiletries since they knew we had no luggage.

In 1972, Tom and Sally Jordan shared a love for French food and wine and always dreamed of owning a winery in France.  A glass of Bordeaux-style Beaulieu Vineyard’s Georges de Latour Cabernet during a meal in San Francisco changed their mind and they began to research locations in Sonoma and Napa.  In 1972, the day their son John was born, they bought the Alexander Valley property and began to plant more than 200 acres of vineyards with the vision of making a first growth quality Bordeaux-style wine.

The chateau, which was completed one week before Jordan’s first harvest in 1976, was built modeled on a French chateau with the goal of being a place for winemaking and hospitality.  The Jordan’s brought in the famed Andre Tchelistcheff, who directed the architecture of the winemaking process and brought in Rob Davis to help with the winemaking.  More than 40 years later, Davis remains Jordan’s winemaker.  In 2005, John Jordan stepped in as CEO of the winery and began an effort to make the winery more eco-friendly which included installing hillside solar panels to offset 75 percent of the winery’s electricity usage, irrigating their grapevines with recycled water reclaimed from the winery.

Sean Brosnihan on the Jordan Patio

I talked before about customer experience – and this begins with the people, the beauty of the property and the pairing of food and wine.  After a tour of the breathtaking property, we stopped at a patio to try the 2010 Jordan Chardonnay, which is now 100 percent allocated to restaurants and only sold at the winery.  The wine is made with 100 percent Russian River Valley grapes and was made in an Old World style.  It was full of stone fruit, tropical fruits, slate, apple and had great minerality and acidity. 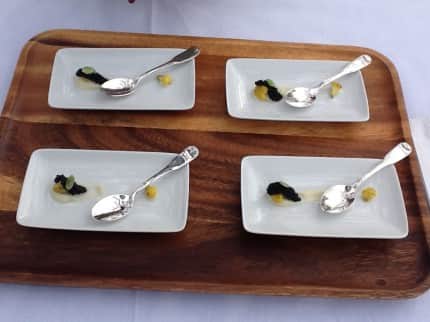 It was served with curried cauliflower with Maharaja spice and a Zarnicholi with cauliflower puree and green onion with caviar.  Who would have thought cauliflower and caviar would have been the star pairing with this chardonnay?  I bought several bottles to take home. 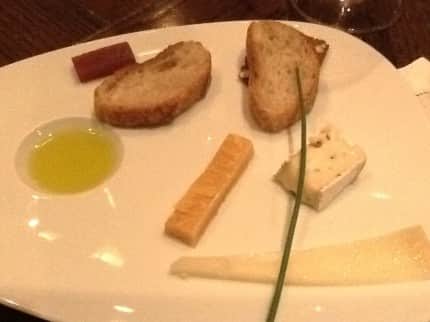 We then proceeded to tour the inside of the winery – the barrel room, the formal dining room and finally the secret passage door, which led to a VIP tasting room.  There we were treated to a beautiful cheese plate designed to go with the 2003 and 2008 Jordan Cabernet wines.  The 2003 was a beautiful Bordeaux style cabernet that was silky and beautiful.  The 2008 cabernet, Jordan’s most current release, was big, vibrant and soft with lots of cherries and plums.  Just lovely, but very different from the 2003 as the blends change year to year.

We returned to our room to sample the bottle of 2010 Jordan Chardonnay.  The winery even provided a driver to our dinner at Scopa, where we were lucky enough to meet up with Graham, the Wine Czar, who recommended a lovely Salina Bianco wine from Italy that I had not tried yet and matched perfectly with the seafood we ordered.  Our same driver was kind enough to haul our luggage up the 24 stairs to our room, when our luggage finally arrived 12 hours after we had landed. 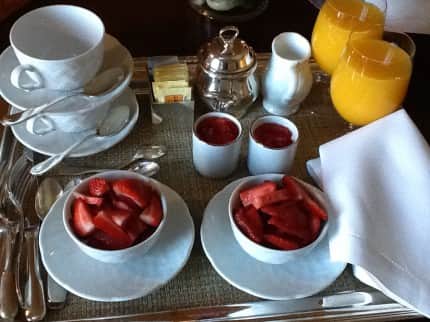 The next morning, I had the chance to jog around the property and see the vineyards, olive trees and the fruit and vegetable garden that Jordan’s culinary team uses to prepare unique dining experiences on the property, before we were served a lovely breakfast.

If our experience was any indication of what the Jordan’s envisioned for their guests, I can say that it was the quintessential marriage of food, wine, and hospitality making the experience of Jordan stand out in my mind for years to come.