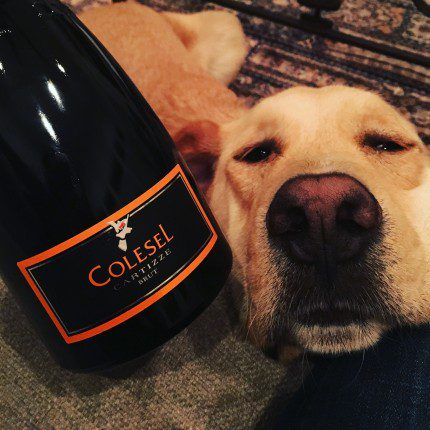 I was once of the mindset that a good prosecco was one that was mixed with orange juice and in my Sunday morning mimosa.  But during a recent two-month #winestudio program focusing on the Conegliano Valdobbiadene region, I experienced complex, sophisticated proseccos and had every stereotype broken.  I left this program with a new appreciation for high-end prosecco and an understanding of the magic that the Denominazione di Origine Controllata e Garantit (DOCG), Italy’s highest appellation rating, can bring.  This is a controlled process that guarantees the quality of the end product.

Prosecco is made primarily from the Glera grape from the hills North of Venice and about 100 km from the Dolomites.   We focused on proseccos grown on the hillsides or “rives.”  These grapes are hand picked and are known for lower yields and even though the DOC was introduced in 1969, only 15 communes produce them.  Two of them specifically — Conegliano and Valdobbiadenne — are the main sources of high end prosecco and our #winestudio focus. 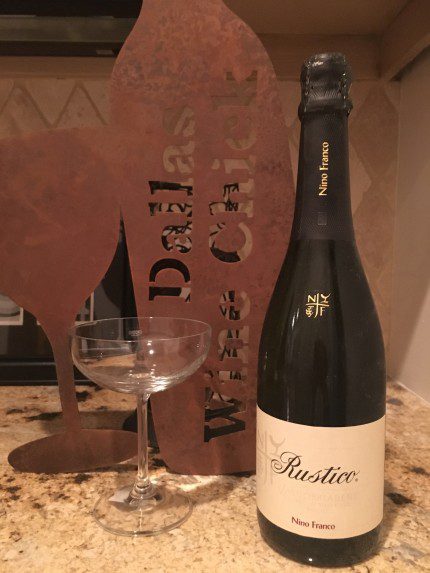 Prosecco is made using the Charmat method where the second fermentation is in a pressurized tank. 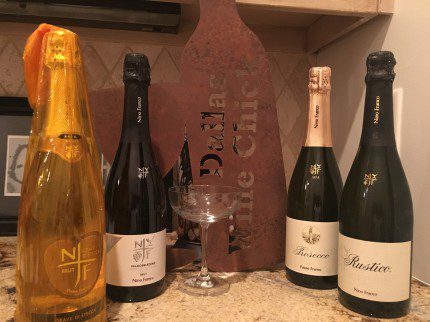 We started our first four weeks with a focus on the Nino Franco winery, one of the founding families of prosecco, led by Wine Educator Tim Clark.  Nino Franco is one of the oldest wineries in Valdobbiadene, which has a legacy going back to 1919 when Antonio Franco founded the Cantine Franco winery. 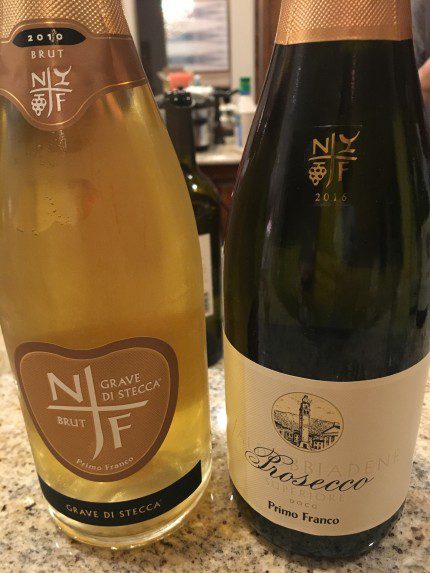 Over the next four weeks, we tasted a variety of proseccos (more to come below); learned about the history of Conegliano Valdobbiadene; discovered the importance of the hillsides and if terroir can matter in a prosecco (a resounding yes); learned about second fermentations in bottles vs. autoclaves and discovered Cartizze, the grande cru of prosecco.  I’m going to direct you to Conegliano Valdobbiadene – who has a treasure trove information at one click of a button– http://www.prosecco.it/en/prosecco-superiore-docg/.

Alan Tardi, US Ambassador of ConVal Prosecco DOCG, was our navigator for the very complex and detailed area of Conegliano Valdobbiadene.  He talked about how the wines were very diverse but maintained their place of origin with vinification being the main differentiator.

I’m going to talk about my thoughts about the wines and then my big discoveries from the month in order to keep my thoughts cohesive and cognizant because I learned so much information and this is one column versus the four hours of #winestudio that I was able to attend.

Our first week was focusing on the history of the region and we tried two wines. 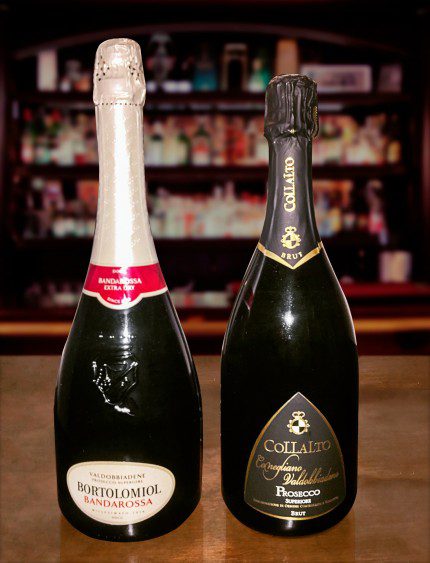 This session continued my knowledge of the month prior that there are some quality prosceccos out there – especially with the DOCG superiore designation from this region.

Our second week focused on the rive sub-category of the region.  They told us there are 43 rives, each with its own expression of soil and microclimate. Even though rive refers to hills, it does not refer to steepness, but terroir.  To be labeled rive, it must meet the following designation:

I’d urge you to go to the website as there are some key differentiation factors about rive DOCG wines vs Conegliano-Valdobbiadene DOCG wines which start to get complicated.  Again, trying not to make this a super lengthy post.

We tasted three wines this round: 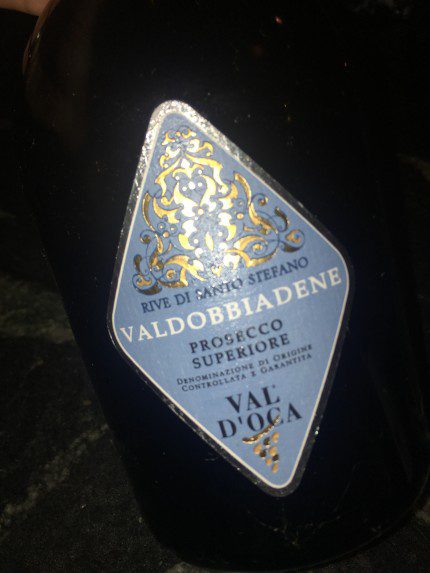 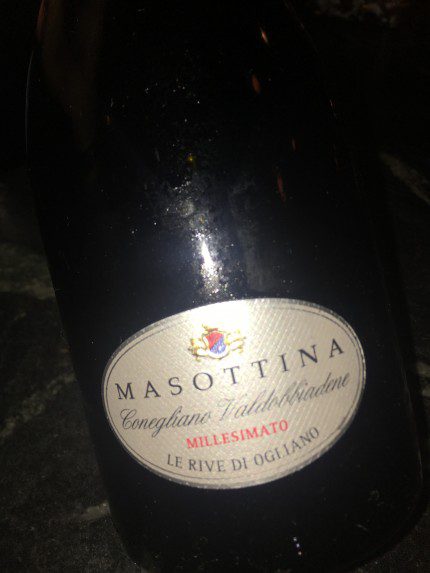 I was correct in my assumption about the hillsides and soils making these wines very different.  These wines also are an incredible bargain – all of them under the $20 mark, but you would never know by tasting them.

Our third week covered the second fermentation that happened in the bottle vs the autoclave (pressurized tank).  Most prosecco is made in an autoclave, but second fermentation is permitted.  The traditional process is referred to as Col Fondo (with sediment) or Metodo Classico (no sediment). 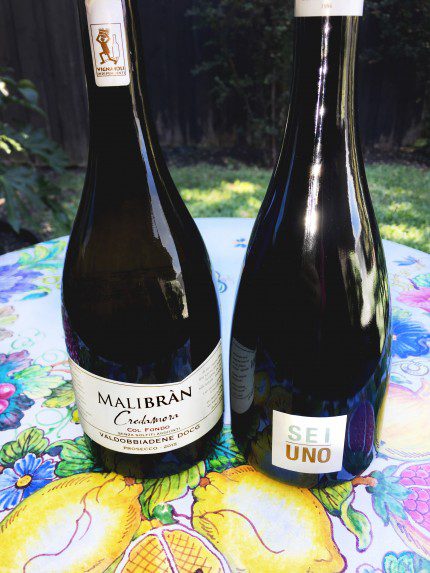 As the weeks continued, the complexity and appreciation for these wines continued to grow. The last week promised a grand cru experience and based on the previous three weeks, I expected nothing less.

The finale was focused on Cartizze, considered the jewel of the steepest hills and the best grapes of the appellation of San Pietro di Barbozza, Santo Stefano and Saccol.  The hill of Cartizze located in Valadobbiadene is 300 meters high and is owned by 140 growers.  Can prosecco be considered grand cru?  In my recent Vinitaly experience I remember that at the Wine Spectator Opera tasting, the Cartizze proseccos were among top ranked wines of the tastings.

Considhe Grand Cru of Prosecco, Cartizze is located in Valdobbiadene in the heart of the Prosecco DOCG area in the steepest hills around San Pietro di Barbozza, Santo Stefano and Saccol.  Only 106 hectares in size, the Cartizze area supplies the best grapes in the Appellation, which are made into this Prosecco Cartizze, a highly treasured sparkling wine that achieves the best quality in the DOCG Conegliano-Valdobbiadene area.

We tried two wines that I loved that had many of the characteristics of what you would expect in a high-end sparkling wine. 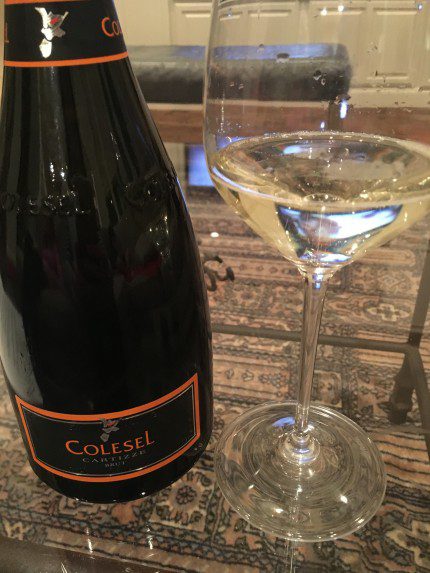 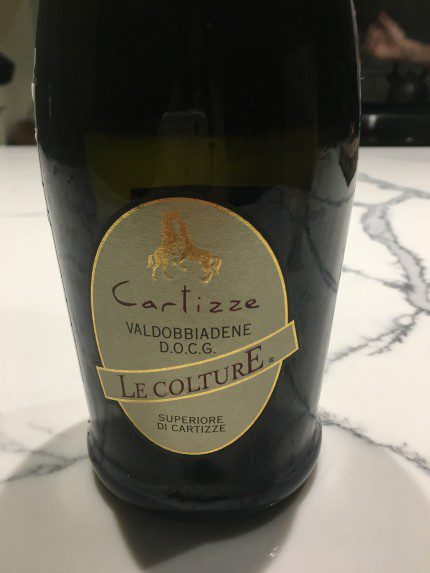 Special thanks to #winestudio and the Consorzio di Tutela del Conegliano Vino Valdobbiadene Prosecco DOCG, a private body founded in 1962 to oversee the production of the 178 sparkling wine producers and all categories of production in the area.  The consortium is responsible for the protection of the region, to ensure quality of production standards and to promotion the region.