An Afternoon with DLynn Proctor and Duane Hoff from Fantesca Winery 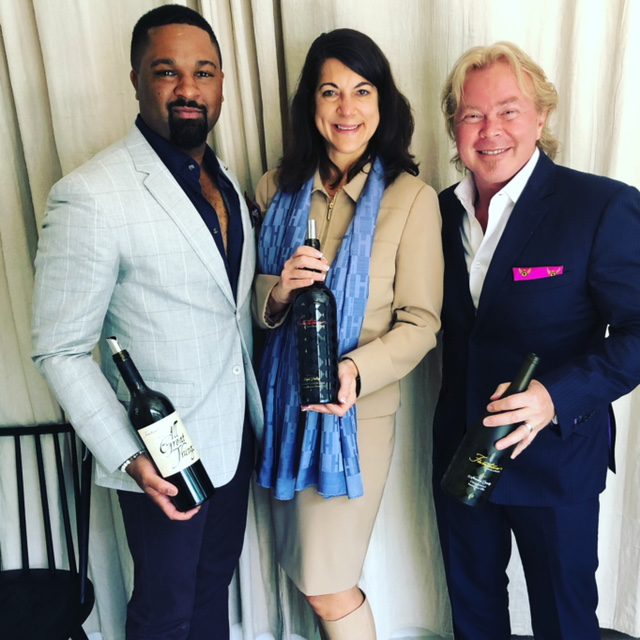 When DLynn Proctor issues an invitation to come and join him for some great wines, one immediately RSVPs, no questions asked.  That’s how I found myself at the friends and family opening for 60 Vines last month. When I was seated next to Duane Hoff, the Proprietor of Fantesca Estate and Winery, I knew I was in for some amazing wines.  Little did I know that Duane and I shared many long hours earlier in our careers, him during his executive days at Best Buy and me during my Samsung Telecommunications days, marching the trade show floor at the Consumer Electronics Show. By the time we had swapped war stories, I was laughing so hard I was almost crying reliving the insanity of those days. 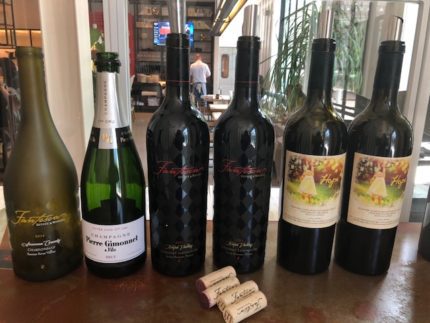 But more about the winery and those fabulous wines.  Susan and Duane Hoff were college sweethearts at the University of Minnesota.  Susan worked at a stereo shop called Sound of Music, which 12 years later became Best Buy.  Both Susan and Duane worked for the company and helped establish it into a Fortune 100 company.  In 2004, Susan and Duane purchased a 53-acre parcel with a 10-acre vineyard and named it Fantesca Estate & Winery.

Now it was time to find a winemaker and Susan and Duane set their sights on Heidi Barret after her retirement from Screaming Eagle, as did half the Valley.  Heidi’s resume is long and impressive.  She’s been called the ‘the first lady of wine’ and ‘the Queen of Cult Cabernet’ by Robert Parker and has received multiple 100 point scores. Duane decided to do things a little differently and ask her about what she wanted to do with her brand vs. trying to sell her.  She told him and he immediately helped to make that happen.  Because of his different approach, she signed on as their consulting winemaker.

At Fantesca, Heidi made her first Chardonnay, her only Spring Mountain Cabernet as well as the All Great Things red blend.  Duane talked about how they “believe in dirt” and we tasted through all three of these wines.

We started with the 2015 Chardonnay, which is made from three vineyards in the Russian River Valley. It’s an Old World style modeled after Burgundy.  I tasted green apple, lemon curd, green melon and citrus.  Absolutely lovely. 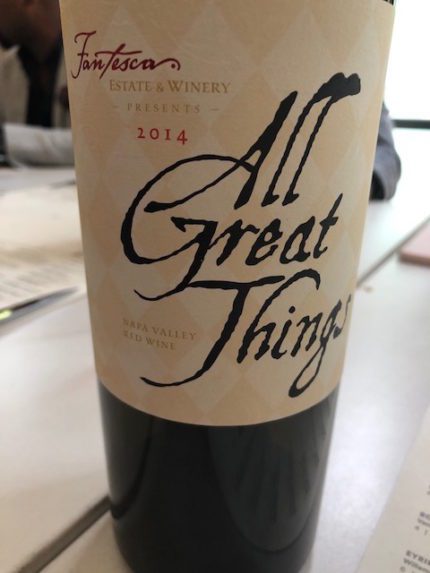 Our next wine was the 2014 All Great Things “Hope” Red Blend – a blend of Cabernet Sauvignon, Merlot, Petit Verdot and Cabernet Franc.  This is the sixth release of the series, which is inspired by the words of Winston Churchill:  “All great things are simple, and many can be expressed in a single word: freedom, justice, honor, duty, mercy, hope.”  I tasted blackberry, dark cherry, mocha, chocolate, plum and spice. 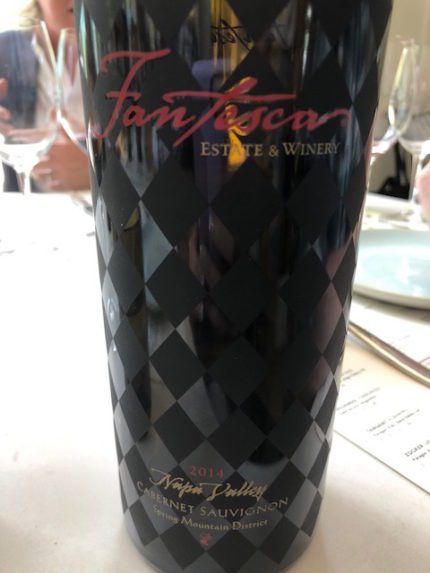 We moved to the 2014 Fantesca Estate Cabernet Sauvignon which had notes of red cherry and cranberry, herbs, black tea, oak and spice. 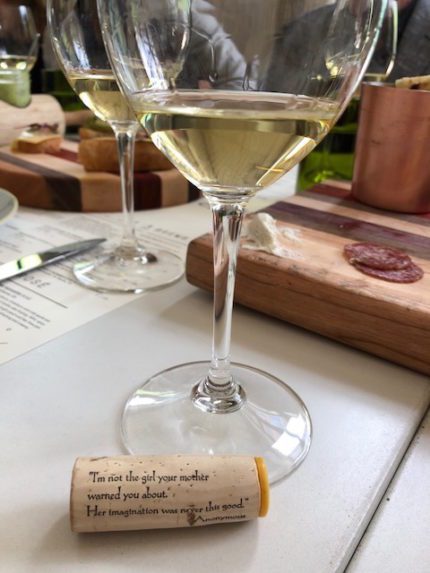 Another example of whimsy is the fortune “corkies” that reflect “wine, love, and following your dreams.” 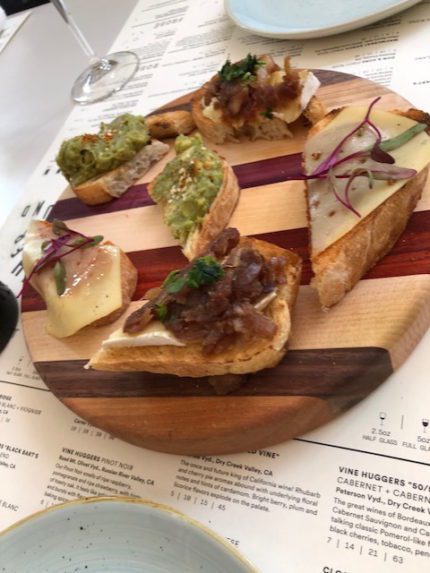 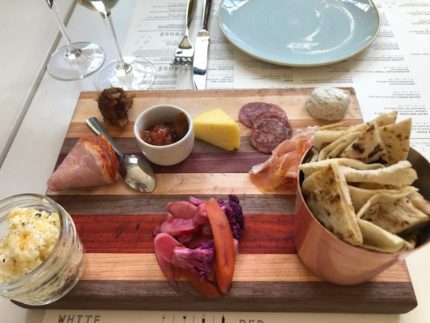 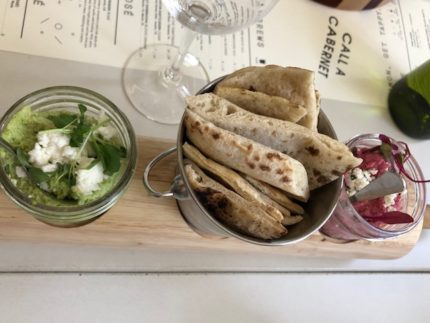 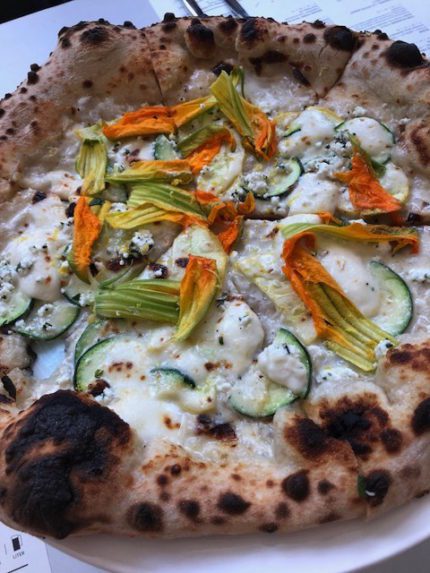 We also tried some of the great 60 Vines food offerings ranging from cheeses and meats, bruschetta, dips, pizzas and pastas.

And a little about DLynn, the man who probably needs no introduction.  He’s now the director for Fantesca (after almost 10 years of communicating with Duane, visiting the winery and recommending the wines) and has represented some of the most upscale brands in the world.  He was named ‘Best Sommelier in America’ by Wine and Spirits Magazine in 2008, was a finalist in The Chaîne des Rôtisseurs Société Mondiale du Vin ‘Best Sommelier in America Competition’ in 2008 and 2009, and was named to the National RUDD Scholars of 2011.  You probably also know him from the wine documentaries ‘SOMM and SOMM 2,’ covering the three year journey through six countries of filming to becoming a coveted Master Sommelier.  SOMM 3 will be released shortly.

While these wines are tough to find, they are completely worth the journey.  These are serious wines with a nod to whimsy and note of fun with some amazing people standing behind them.