All for the Love of the Goose and Gourmet: A Prelude to Joining the Confrerie de la Chaine des Rotissuers 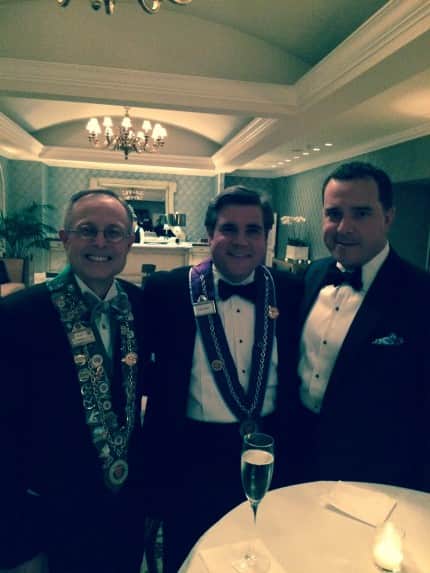 It all began in 1248 with a decree from King Louis IX and a passion for roasted goose.  When you are a king and you want your fowl roasted in a certain way, the smart move is to order the establishment of several professional guilds including the “Ayeurs” or goose roasters.  During the reign of Louis XII, the guild’s domain expanded to the preparation of other meats and the name was changed to “Rotissuers.”  In 1789, the organization went into dormancy when the guild system was dissolved during the French Revolution.  The charter was then re-established in 1950 and changed from goose roasting to  encouraging gastronomy and wines.

Fast forward to today and Chaine des Rotisseurs is the oldest and largest food society in the world with 23,000 members in 70 countries.  It has been active in the US for 54 years and has more than 6,000 gourmands in its membership.  After my Coquerel Wine dinner several weeks ago, Clay and Brenda Cockrell were gracious enough to ask me to attend a Chaine des Rotisseurs induction ceremony at the Mansion on Turtle Creek. 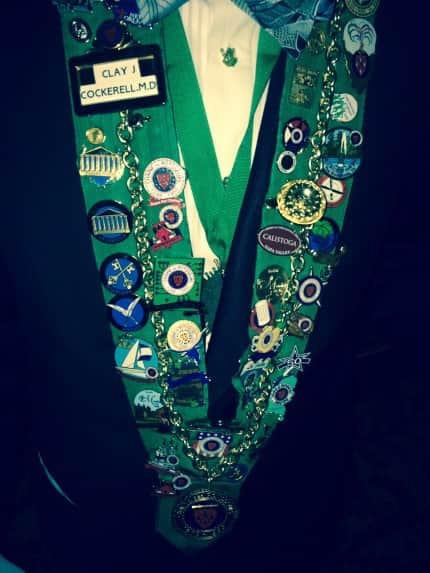 Self admittedly, I was a little nervous.  If you’ve been following me, you know that I have no official wine designation or certification.  It’s just a passion and my experience has been sip by sip, region by region. And, these two really know their wine.  When you get an invitation to drink great wine, eat amazing food, dress in black tie and you are designated to “wear your ribbons”, that is intimidating.

That is until I got there.  What a fun group of interesting food and wine loving people of all ages.  Clay is one of the organization’s leaders or Dallas’ Bailli and the new Bailli Provincial Bill Salomon of San Antonio led the ceremony.  The toast of the night was “Viva la Chaine” and the mood was celebratory.

And the dinner … and the wine.  Definitely some favorite wines and an amazing dinner to go with it.  Here’s what they served: 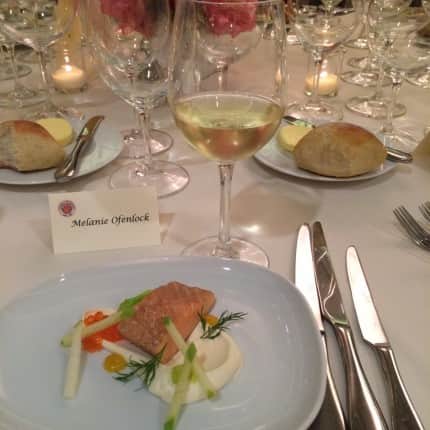 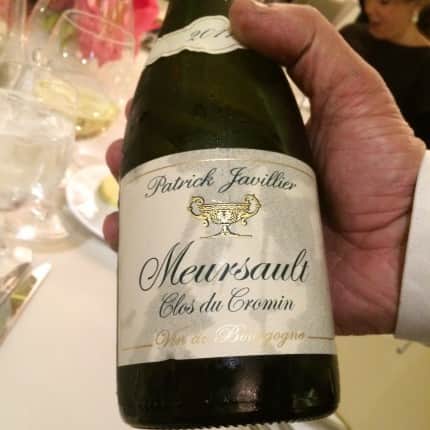 Our first course was hot smoked salmon belly, horseradish, green apple and salmon roe with a 2011 Domaine Patrick Javillier Mersault Clos du Cromin.  This was my favorite pairing of the evening. 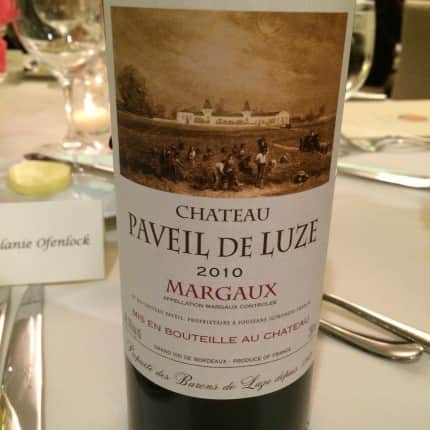 We moved to a braised sweetbread ravioli with chestnut puree and warm shallot vinaigrette with a 2010 Chateau Paveil de Luze Margaux.

Our third course was a bison tenderloin with confit baby carrot, bacon jam and a bordelaise sauce served with my favorite red of the night – the 2010 La Cour Des Papes Chateauneuf du Pape.

Next up was the artisanal cheeses with a dark cherry compote and country bread served with a 2009 Fratelli Zeni Amarone. 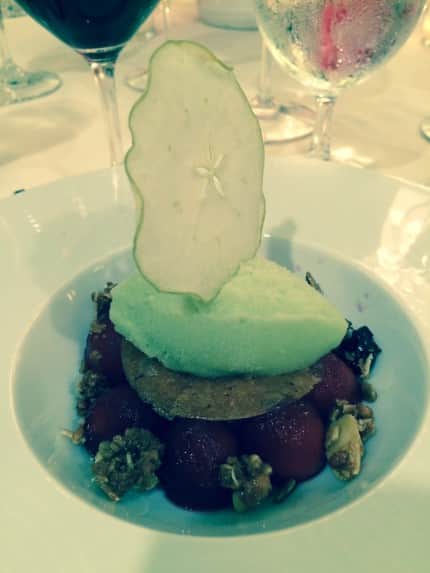 Our grand finale was a 2006 Chateau Suau Sauternes with a hibiscus poached apple, honey granola and green apple sorbet.

The conversation was fun … and engaging.  The topics surprised me.  I did find out that come next year’s induction, if the Confrerie de la Chaine des Rotissuers will have me, they will have a new and enthusiastic member.