A Night with John Robert Eppler 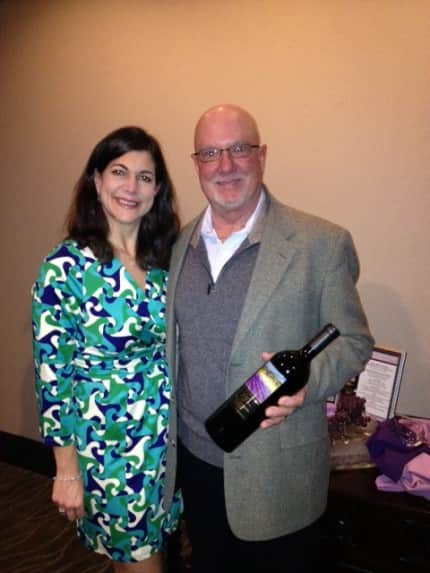 In October, I had the chance to meet John Robert Eppler, the proprietor of John Robert Eppler wines, at a Howell Mountain Wine tasting in Dallas.  I was impressed with the Howell Mountain Cabernet that I tried and when I found out John had Texas roots, I asked him to host a dinner at Lakewood Country Club.  Happily he accepted and in less than 60 days we had set a date and a time.  John assured me that he’d bring several wines that you could only get at the vineyard and he definitely didn’t disappoint.

His mission is to produce wines that are rich, intense, and expressive from the terrior where they grow.  John’s passion for the wine industry began when his son’s grandfather, originally from the Park Cities in Dallas, served him a ‘61 Grand Cru Burgundy that changed his life.  “I never tasted anything that good before – it was a representation of the promise of wine.”

Then in 1974, he worked with the wine cellar of Neiman Marcus at the flagship store in downtown Dallas where Stanley Marcus told him that his first lesson was to learn to never say no, so he didn’t.  He went on to become a wine steward and sommelier in the area.  He attended a wine tasting in Austin and met a small producer of Burgundy whose passion for winemaking put him on the path to become a winemaker.  He went back to school for a degree and moved to California in 1986.  He produced his own wine for another 15 years until he started John Robert Eppler Wines.

He classifies himself as a farmer first and is the only employee of John Robert Eppler Wines.  He produces about 3,500 cases of small production Zinfandel, Petite Syrah, Cabernet Sauvignon, Fume Blanc, Chardonnay and others varietals.

We started with the 2009 Fume Blanc Rutherford, which had notes of banana, melon and other tropical notes, served with Iberico ham, olive oil and rye toast as well as ahi tuna, pate choux and preserved lemon.

William Koval, the executive chef of Lakewood Country Club and one of Dallas’ most accomplished chefs, had put together a menu that worked perfectly with the wines. 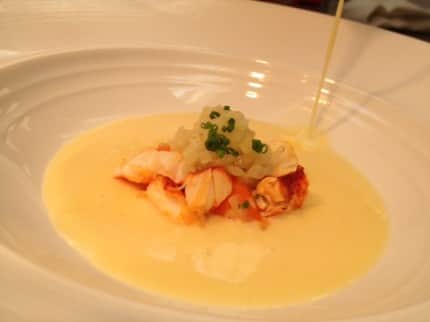 Our first course was the shrimp pernod, saffron bisque, carrot, fennel, lobster and chive served with the 2010 Chardonnay from Sonoma.  The lobster in this dish sang with the wine with notes of lemon, minerality, melon and Old World style. 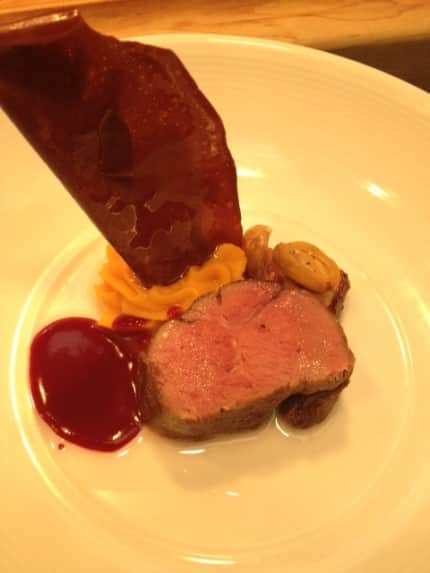 Our second course was the seared venison loin, sweet potato, chestnut, bacon, truffle, chocolate and blackberry gastrique.  Great pairing with the 2009 Cabernet Sauvignon from Howell Mountain, which was a nice dense red with blackberry, mocha, cherry and floral notes. 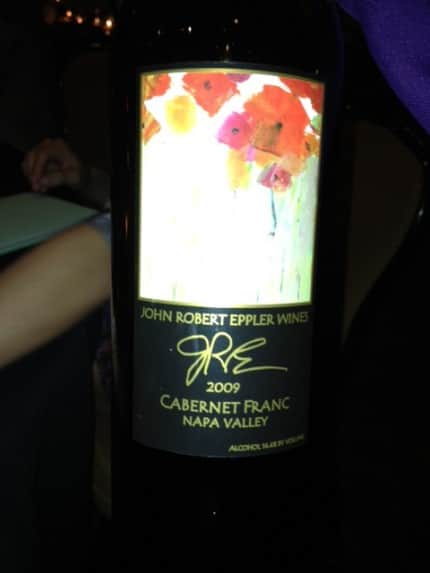 We then moved into two of my other favorite reds – the 2009 Cabernet Franc, with only 2 barrels made, and the 2006 Rutherford Reserve Cabernet.  These are collector wines and I adored both of them. 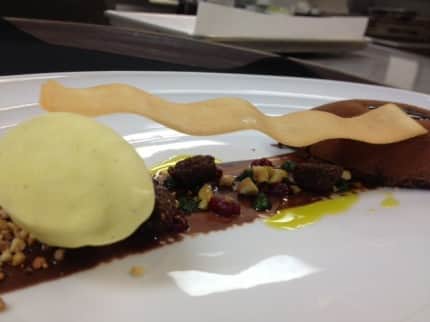 We ended our dinner with the 06 Zinfandel Alexander Valley Late Harvest wine paired with olive oil ice cream, chocolate, basil, cranberry, nutella and hazel nut stuesel.  This was John’s “make lemonade out of lemons” approach when fermentation stopped on his Zinfandel grapes.  It made me sad that it might be his first and last vintage.