A Conversation with Tom Gore: A Farm to Glass Experience 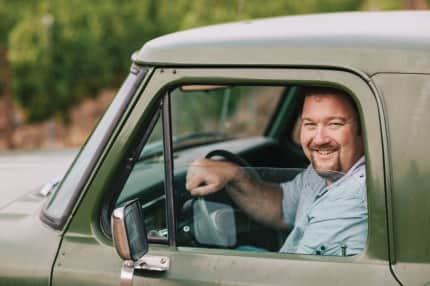 Tom Gore always knew he was going to be a farmer.  He grew up in the vineyards farming grapes with his dad and declared his vocation when he was seven years old.  “I’m going to do what he does,” he vividly remembers thinking.  And that’s just what he did.  He has a storied career where he currently serves, has served as vineyard director or in a similar role at some of the most well-known names in Northern California – Simi, Clos du Bois, Ravenswood and Rutherford Hills. 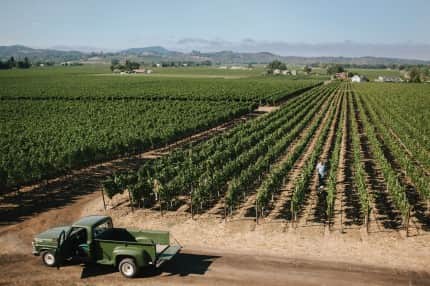 But he truly wanted to experience “the farm to glass experience,” and Tom Gore Vineyards was born.  The bottles proudly proclaim, “farming is my life’s work and greatest joy,” and Tom practices what he preaches as he grows and harvest the hundreds of acres of grapes across several vineyards in Sonoma County, Lake County and Mendocino Country.

It is all about the land and sustainable farming. He and his wife currently farm a half acre micro-farm where he grows about 70 different varietals of vegetables, herbs, flowers, olive trees and where 20 chickens roam free. 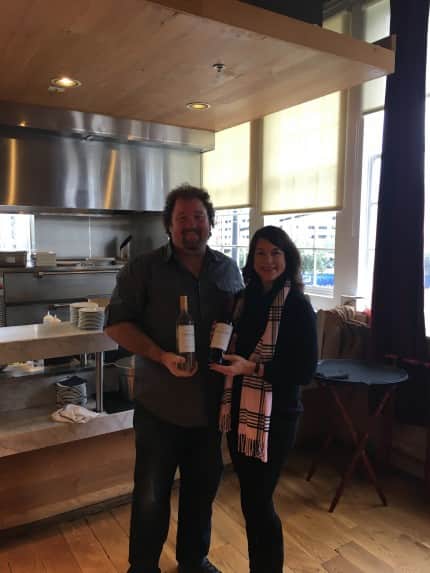 Tom Gore and me

He had a vision of taking his connection with the land a step further from the field and decided it was time to make a “Farmers Wine,” with Gary Sitton, a well-known winemaker and a personal friend.  It was now time to deliver different layers of flavor through his grape growing.  He believes that good wines start a long time before harvest.  He likens high quality grapes to the same premiere ingredients a chef uses in a dish.

Tom Gore Vineyards is in its second year of production with a few thousand cases in production in distribution in all 50 states.  Tom used his relationships with distributors for his vineyard roles at better known wineries to gain distribution across the United States. 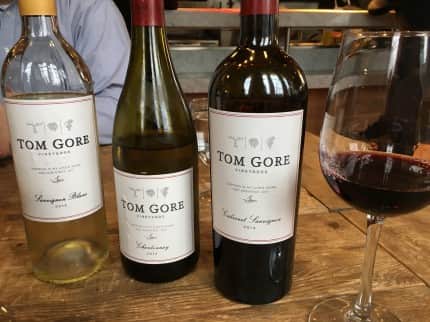 I tried three of Tom’s wines and found them to be well balanced and a great value.   We started with the 2015 Tom Gore Vineyards Sauvignon Blanc, which was described as “sunshine in a bottle,” by Tom.  It had tropical, stone fruit, tangerine and citrus notes and it was mineral, bright and fresh.

We moved to the 2014 Tom Gore Vineyards Chardonnay, which was described by Tom as “a wine that speaks to an intersection of Old World and New World farming.”  It was a balance of citrus, oak and would stand up to food.

Our final wine was the 2014 Tom Gore Vineyards Cabernet Sauvignon.  Tom described it as “if there a variety that tastes the same in the field and the glass, that is cabernet.”  It was a great, well-balanced wine that was a bargain at $15.

Tom talked about his dream of “building a life that he didn’t need a vacation from.”  You can see the passion that he has for connecting farming and the earth with what is in your glass.  He made a great point – “five years ago no one asked where their bacon came from.”  With wine, you can define and show the sense of place where you grow and harvest.  I asked him as a follow up how we knew at seven years old, what he wanted to do.  He answered, “Wine connects people.  In any intimate gathering of friends or family, there is a deep connection with wine and food.  Why would you not want to make that your life.”