A Conversation with Eleanor Coppola: The Untold Story of a Renaissance Woman

A Conversation with Eleanor Coppola: The Untold Story of a Renaissance Woman 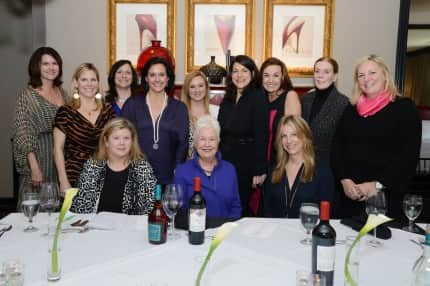 I was honored last week to spend several hours with Eleanor and Francis Ford Coppola at two different Dallas-based events.  The first, and my absolutely favorite, was an intimate lunch with a who’s who of women in Dallas food and wine, hosted by Eleanor Coppola, who is one of the most iconic women I’ve had the chance to sit down with in the wine industry. 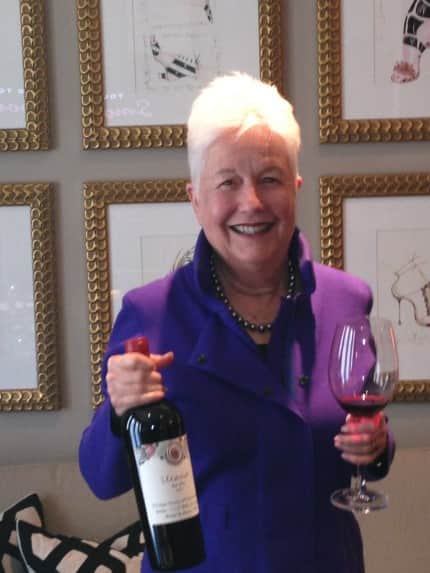 She started our intimate lunch of 12 at Hotel Za Za with a toast where we had to look each other in the eyes or we’d be cursed with seven years of bad sex, according to her husband.  She asked us to talk about how our love for food and wine got us to where we are today.  We spent a lot of time talking about family, what’s on the dinner table and what wine complements the family experience.

Eleanor’s journey began when her father studied art in Paris and discovered food and wine.  They lived in a blue collar town where it was unusual for wine to be on the table.  In college, she drank the traditional Gallo jug wine and it was funny to share that same college wine experience with her.

When she met and married Francis, he came from a big Italian family where wine was always on the table and kids drank the table wine, diluted with ginger ale.  She and Francis’ first experience with fine wine came when he was writing for Bill Cosby in Las Vegas.  Cosby, a wine aficionado, enlightened them to some of the world’s top wines and a love affair was born.

The Coppola’s have two wine properties in Sonoma and Napa.  One is the old Inglenook property in Napa, which was originally known as one of the first great California wines, but fell into making jug wine for many years.  They acquired the property in 1975 and in 2011 they were able to acquire the Inglenook name. They hired Phillipe Bascaules, an agricultural engineer who worked for Chateau Margaux, with the vision of bringing the property back to its glory days of making beautiful estate wines.   “These will be the best wines we can make,” said Eleanor.

But they never lost their love for “macaroni wine with family.”  Francis Ford Coppola Winery with its mid-range Diamond Series is meant to illustrate that love and they have created a family friendly experience in Geyserville complete with a swimming pool, tasting room, and restaurant featuring Francis’ personal favorite items.

The love for family was quite evident during the lunch.  We started with a glass of the Sofia Blanc de Blanc, which Francis made for their wedding.  It was a great wine and Sofia designed the packaging and other aspects of the wine.

Our next course involved their granddaughter, Gia, the daughter of Gian-Carlo Coppola who died in a tragic boating accident.  Gia, a photographer and bartender, is following in her grandfather’s footsteps with the release of Palo Alto, which will be released this Spring. 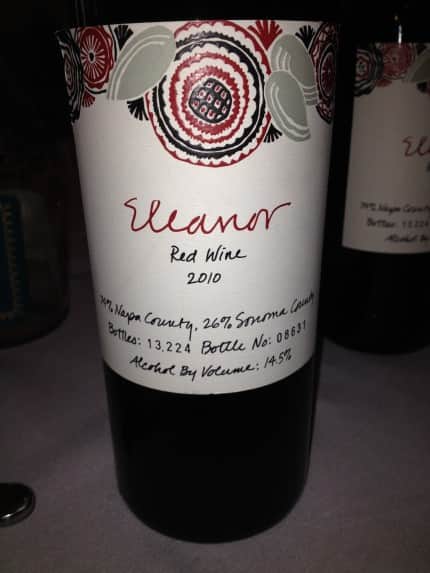 Then we followed with Eleanor’s wine, labeled Eleanor, whose label featured her passion for textiles.  She’s partial to red wines and this wine brings together a mix of the two properties in Napa and Sonoma.

Eleanor gave us a glimpse of what it was like to grow up in a blue-collar family and suddenly, with Francis’ success with the Godfather, go from a one-bedroom bungalow to a 22 room mansion.  “I felt like I needed to go to hotel school,” she laughed. 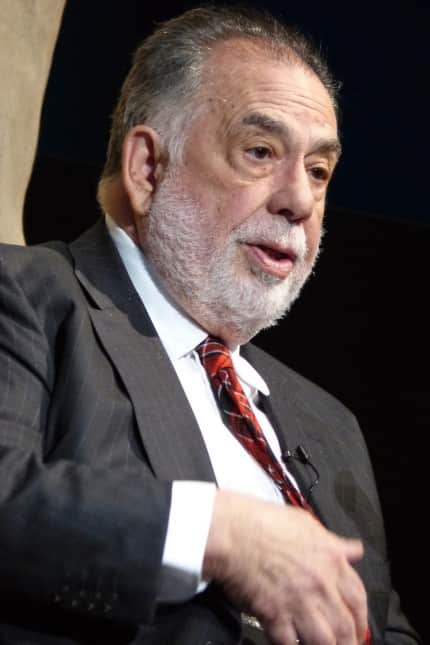 That night, I went to a very different event.  Francis Ford Coppola was at the Lakewood Theater where a few hundred food and wine lovers attended his one-man show.  This was a mix of Francis talking about his fascinating life with video clips supporting his story in the background.  He talked, he laughed, he sang.  He told a great story.  But, I was lucky.  I had already spent several hours with the woman who was the rock of the family.  Her story is the one that I choose to tell today.