A Conversation with Andrés Sánchez: An Artisan Chilean Winemaker who is Single-Handedly Dedicated to Championing Old Vine Carignan 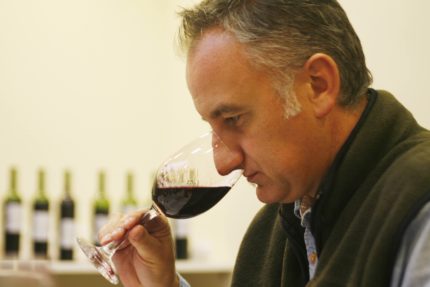 Recently Andrés Sánchez, Winemaker of Alcance winery and co-founder of VIGNO, Chile’s first viticultural regulatory organization designed to champion old-vine Carignan, came through Dallas and I had the chance to visit with him at Moxie’s Grille & Bar over a great wine dinner.

Let’s just say that these are not your typical Chilean wines.  First, let’s talk about the decisions of where the vines were originally planted.  While everyone else planted North, these vineyards were planted in the South in the early 1990s in the then unknown Maule region.  Jess Jackson (this winery is part of the Jackson Family Vineyards Family) and Winemaster Randy Ullom believed this remote, cool-climate region located 155 miles south of Santiago was capable of producing wines of great depth, balance, character and complexity.  Sanchez told us, “We wanted to go South for more freshness – that started us on our journey to be completely unique and to make different wines representative of the Chilean terroir.”

Alcance has a state-of-the-art winery in Talca that brings together Old and New World techniques like hand sorting and small lot fermentation.  While the winery is part of the Jackson Family Portfolio, the winemaking team is given the freedom to do what is right for the vineyard and wines.

And Chilean native Sánchez has an international reputation as one of South America’s most talented winemakers.  After earning his degree in Agronomy, Andres began his career in 1994 at Domain Oriental Winery in Chile.  The following year he began working with Ullom in Maule Valley, then spent time in California and Italy before returning to Chile to become winemaker at Viña Calina and eventually Alcance.  In recent years, Andres has consulted for wineries throughout Italy and he is currently the president of VIGNO, a group he helped establish to promote local wines made from old-vine Carignan in Chile.

Alcance is built around three estate vineyards and different soil types.  The first vintage of the wines was in 1993.  The El Maiten Vineyard is located at the base of the Andes Mountains and features clay, loam soil and Carmenère, Cabernet Sauvignon, Merlot, and Petit Verdot.

El Principal Vineyard is in the highest part of the Maipo Valley, 800 meters above sea level.  The fruit here is known for being ripe, elegant and having unique character. 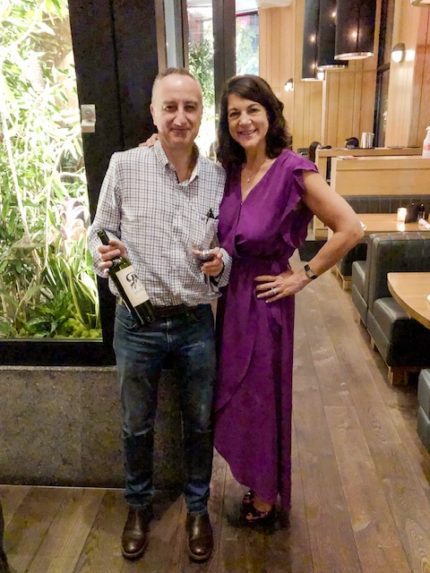 So, you have a different selection of terroir.  You have the anti-brand vs. embrace the land approach.  You have a laser focus on quality and the love that Andrés Sánchez has for his native country and winemaking.  Add in a mantra of being “far from fashion when making wine,” how representing the area is the foremost focus and throw in the great value of these wines and you’ll see why Alcance is turning heads.

From the first sip you take, you realize these wines are different than many over-produced Chilean wines on the market today.  We tried six wines over the course of our dinner, which was presided over by Sánchez and he had us rolling in laughter.  What a great storyteller and entertainer! 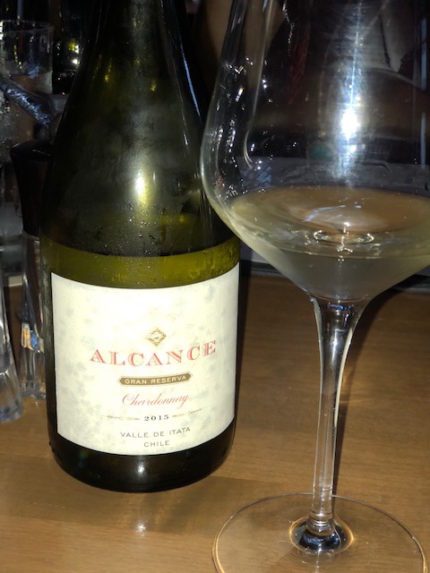 2014 Alcance Vigno – This 100% Carignan varietal, is made from 50 to 70-year-old Carignan vines with notes of red fruit, spice, flowers and tomato leaf.  This involves a group of 17 producers with a goal of keeping dry farmed, Old Vines Carnigan alive, establishing the first Chilean DOC and protecting the laborers who manage and own the vineyards.

2013 Bravura Proprietary Red — Meaning “courage” in Spanish, Bravura is sourced from highest quality vineyards and is only produced in exceptional vintages.  It is a Bordeaux blend and has notes of spice, berry, plum, black fruits, herbs, chocolate, cedar and olive tapenade.

The story was great, the wines were well-crafted and a great bargain for the money and Sánchez was the perfect dinner companion.