A Conversation with Akiko Freeman: The Story of An Almost Accidental Winemaker 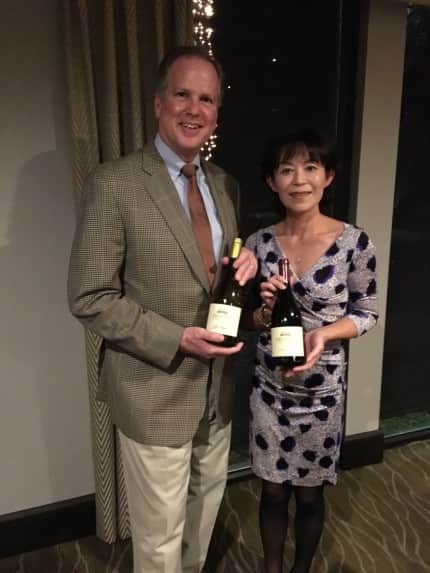 I recently spent the evening at Lakewood Country Club with Ken and Akiko Freeman, the founders of Freeman Vineyard & Winery based in Sonoma County’s Russian River Valley.  In the spirt of full disclosure, I serve as the wine committee chairman and was an invited guest.  Akiko, who serves as the winemaker, was my dining companion and she told me the story of how Freeman began and how she started to make wine. 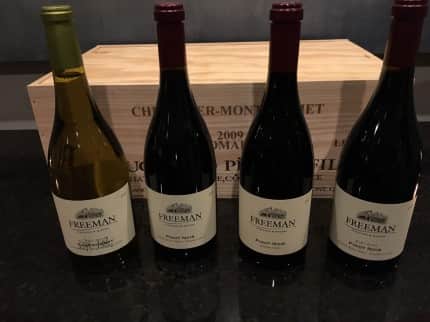 It all began with Ken’s passion for wine and his desire to buy a winery.  Ken and Akiko were enthralled with Burgundian Pinot Noir and Chardonnay, and believed CaIifornia was able to produce that style of wine.  They looked at over 300 vineyards in search of a place that had the temperatures and coastal breezes to produce these wines.  The final chosen property had a winery that was started in 1978, but closed in 1981.  The first step was to buy fruit.

Well-known winemaker Ed Kurtzman served as the consulting winemaker starting in 2001 and Akiko became an accidental winemaker.  She originally served as an apprentice to Ed when she realized that they didn’t have the budget to hire an assistant winemaker and they were all in on making this dream a reality.  As Akiko stated, “Eighty percent of winemaking is cleaning up and that is how I learned.  But I fell in love with science and the art of fermentation along the way.”

After seven years as an assistant and ‘a million questions later,’ Ed told her she was ready to take the reins.  I could tell this is a woman who loves her job and based on the critic accolades and the fact that you can only buy these wines off the mailing list, she has come a long way from a wine collector to a wine maker.  While Ed still is deeply involved with the sales and marketing side of Freeman, Akiko drives the process.

Akiko grew up in Tokyo and her grandfather’s love for wine, literature and art was her inspiration.  She visited New York to study abroad and met Ken, who became her husband.  They visited California wineries and decided that owning one was a long-term goal.  Later, she received her Master’s degree in Italian Renaissance art history from Stanford where she traveled around the world.  After earning his M.B.A. from Kellogg, Ken established the Discovery Channel in Asia.  A position at CNET moved the Freeman’s to California and the winery plan was established.

Four years after they purchased the property in Sebastopol, they acquired an adjacent property, now the site of their Gloria Estate Vineyard; and in 2007 they purchased the Freeman Ranch further west in the Sonoma Coast appellation, where they planted their second vineyard, named ‘Yu-ki’.  The Freeman’s work with a variety of vineyard partners.  The winery makes less than 5,000 cases per year of their Pinot Noir and Chardonnay.

Our line up of the wines and dinner that was prepared by Lakewood Country Club’s talented Executive Chef William Koval (who happened to be the youngest executive chef for the Ritz Carlton and the chef who received a Mobil star during his tenure at the French Room in Dallas) was perfect.  Here’s the overview: 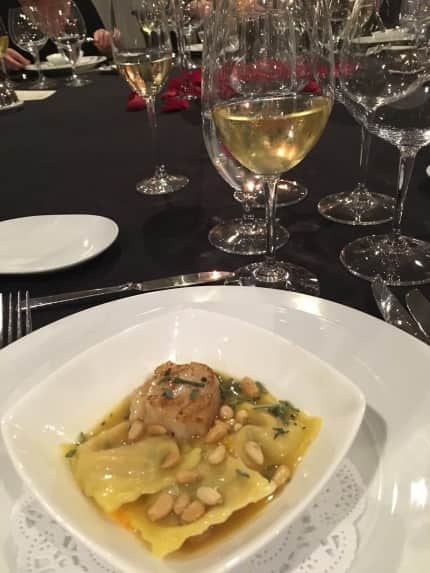 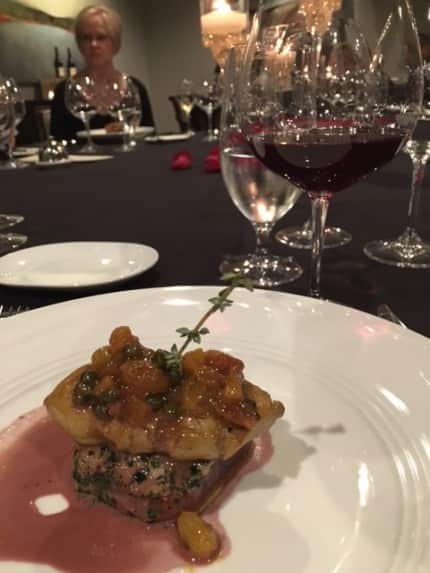 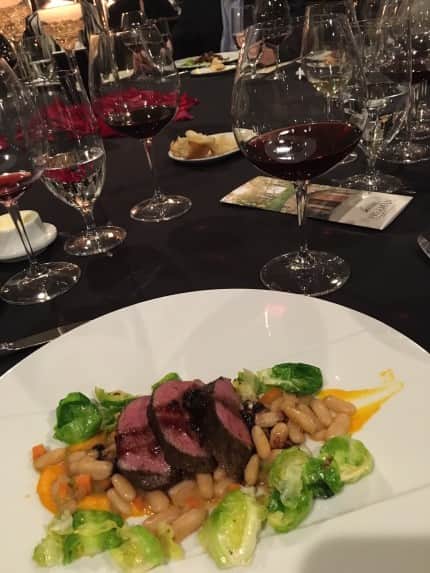 Our dessert was a warm lemon soufflé cake with chocolate ice cream.

Elegance is what Akiko is serving for in her wines.  “It’s completely a philosophy of using the best fruit, handling it with care and making the best wine possible,” she said.

One comment on “A Conversation with Akiko Freeman: The Story of An Almost Accidental Winemaker”