A Conversation with Adrian Bridge: Climbing Mountains, the Art of PINK and Why Americans Should Drink Port Differently

A Conversation with Adrian Bridge: Climbing Mountains, the Art of PINK and Why Americans Should Drink Port Differently 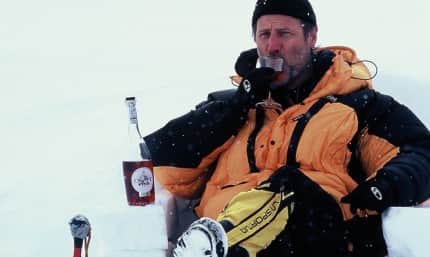 Adrian Bridge, the CEO of The Fladgate Partnership, the portfolio company of Taylor Fladgate, Fonseca and Croft Ports as well as the Yeatman Hotel, a luxury wine lodge in Vila Nova de Gaia, Portugal, came through Dallas last week to evangelize why a port-only company is taking the international wine community by storm.

You can say that Adrian married into the port industry.  He met his now-wife Natasha, daughter of Taylor Fladgate Chairman Alistair Robertson, and became involved in the business in 1994 when he and Natasha moved to Portugal and he took over the company’s Port brands in the United Kingdom and United States.  In 2001, he purchased Croft Port and Delaforce Port from Diageo.

But while this is a multi-generation family business spanning more than 300 years, Bridge has found a way to be innovative in a very traditional industry.  In February of 2008, he decided to make Croft PINK, a rosé port, when he challenged his wine making team to try different colors to make an easy drinking port that could be used in cocktails, for aperitifs or even with dinner.  But, there was a problem – port legally had to be red or white. When he applied to get the port designation, he was told that he literally needed an act of Parliament to change the rules since port couldn’t be pink.  The astute marketer and businessman decided that he’d launch under the brand name of Croft with PINK as the designation.  He launched the port in July of 2009 with a different approach to the market – targeting mixologists to attract new consumers drinking port in different ways.  He believes that discovering Portugal requires a historical review of the food, wine and architecture, which Fladgate brings together through its luxury property, architecture, food and wine.

Interestingly enough, port has continued to grow since the 90’s when the cigar boom increased American’s interest in drinking port.  While people are smoking less today, ports have experienced steady growth since then and Adrian believes, “the pendulum is back to port, especially with the highly regarded 2011 vintage which received kudos from wine critics everywhere.”

The Renaissance man is also an avid athlete and mountain climber who is known to celebrate a grueling mountain climb with a glass of port at the summit.

We started with a meat lover’s paradise at Texas de Brazil and Adrian opened the Croft PINK, a very easy drinking aperitif with a port spin on the raspberry and strawberry notes of traditional rose.  We moved to the 2005 Taylor Fladgate Classic Vintage Porto that had notes of fig, chocolate and dried fruit. 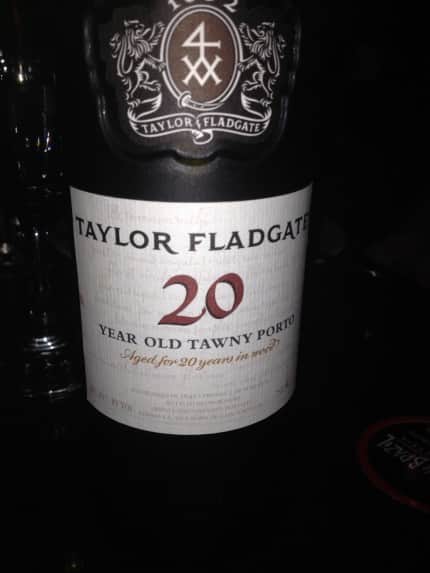 The highlight of the evening was opening the 20 year Taylor Fladgate Tawny Port, which blew me away with its notes of dates, dried fig, honey, hazelnut and apricot.