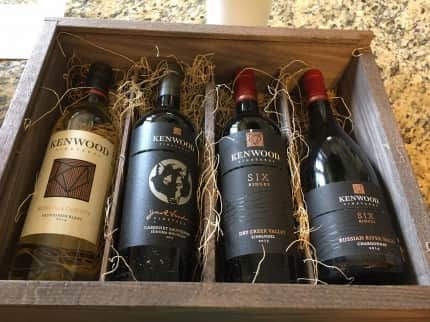 Kenwood Vineyards has a storied history – one that began in 1970 in the former Pagani Brothers Winery, a winery that dates back to 1906 that was once known for its production of jug wines.  Kenwood changed that heritage when John Sheela and his brothers-in-laws, Mike Lee and Marty Lee renamed the facility Kenwood and were among the first to start making premium wine in Sonoma Valley. 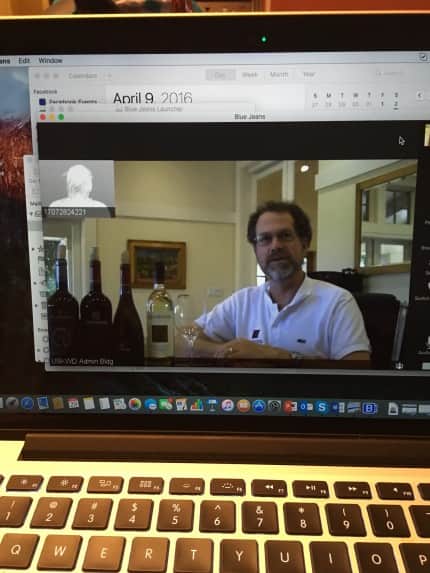 We were invited for an intimate blogger chat with Kenwood Vineyards’ Winemaker Pat Henderson.  His love for wine began more than 30 years ago.  In 1983, Pat was a 20-year-old attending winemaking school at the University of California Davis.  He needed a job and worked as a harvest intern in Napa and Sonoma.  When it was time for a full-time gig, he started calling and ended up with a full-time job at Kenwood after his original cellar internship.  When Senior Winemaker Mike Lee retired in 2003, Pat stepped up to that position.

“Sonoma and Kenwood just seem like home,” he said.  “Sonoma has a great diversity of terroirs in the vineyards.  We go to the best places to find the best grapes and we make those wines in small lots.”  Kenwood has a 23-acre vineyard and sources grapes from dozens of producers including Russian River Valley, Alexander Valley, Dry Creek Valley, Sonoma Valley and Sonoma Mountain.   We tried four wines which arrived in a beautifully packaged wooden crate.  The labels had been completely redone and had a fresh, modern look.

2014 Kenwood Vineyards Six Ridges Russian River Chardonnay – made in a small lot, reserve style wine, the Six Ridges label is a tribute to the mountains and ridges that border the diverse Sonoma appellations in the vineyards.  I tasted notes of apple, vanilla, pear, peach and a note of spice. 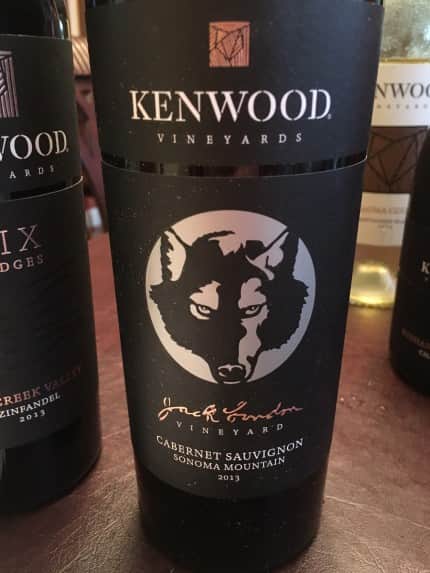 2013 Jack London Vineyards Cabernet Sauvignon – named for Jack London, the well-known author of Call of the Wild and adventurer, has quite the story.  Jack was too restless for his one semester at the University of California and decided to become a hobo with a goal of writing 1,000 words a day about his life.  He was jailed for vagrancy, built roads in New York and later became a foreign correspondent before writing his well-known books.  He bought the ranch in Sonoma County in 1977 and every dime he made is invested back in the ranch.  Since 1976, Kenwood Vineyards has been the exclusive producer of wines from his ranch.   I tasted notes of black cherry, herbs, currant, vanilla, mocha and mint. 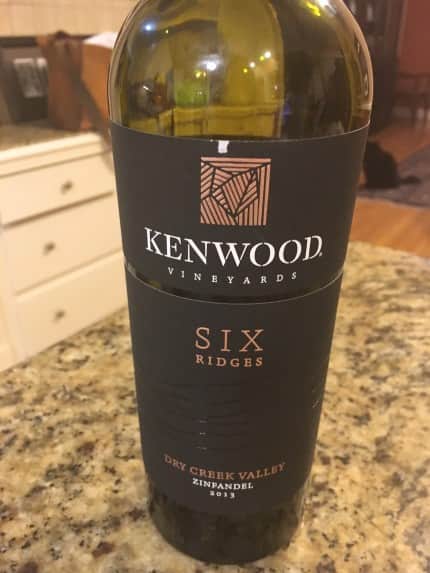 “The vineyards are like my kids – I can’t treat them all the same,” Henderson said.  “Kenwood is investing more to make better wine, not more wine.”  And this is a trend I personally love seeing especially with a large wine conglomerate like Pernod Ricard at the helm.