Before I delve into my wonderful experience at Cornerstone Cellars, I wanted to give a shout out for a fun and affordable way to experience a Napa driver.  We used My Napa Valley Driver and met Chris Pittman, who was our “cruise director” for the day.  We often try to hire drivers for at least one day because even if you spit, you will have much more wine than you anticipate if you are visiting several wineries. 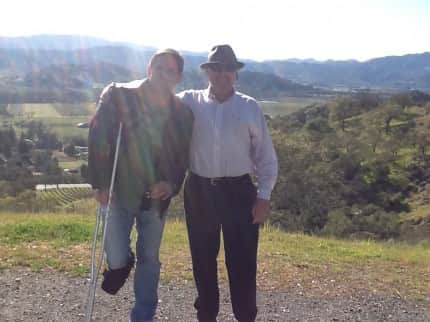 Here’s how it works.  Your driver meets you and drives your rental car at a rate of $35 an hour.  This way you are being driven around in your car (or rental car).  He even arrived with waters, snacks and took us up to look at rooms at the Poetry Inn because it thought it was one of the nicest places to stay in the Valley (he was right).  I had completely booked our schedule, but his knowledge and connections made me wish that I had another day to just let him take me to “off the beaten path places.” My experience with My Napa Valley Driver and Chris in particular has my highest recommendation. 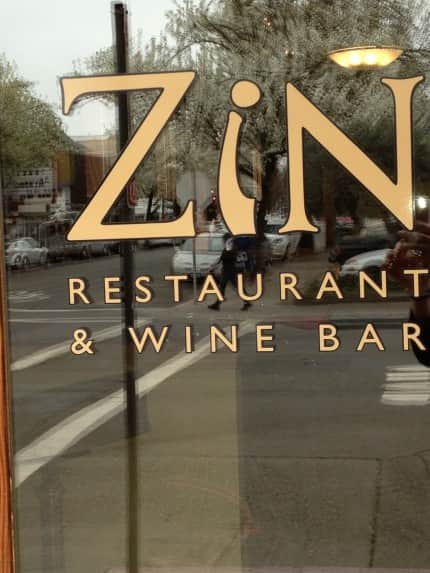 I also want to give a shout out to a restaurant that we discovered during our Jordan stay.  Zin Restaurant & Wine Bar, is run by a lovely couple, Susan and Jeff Mall.  Susan serves as director of catering and Jeff is the executive chef.  It’s a fabulous menu full of farm to market ingredients and my husband still talks about the reuben sandwich blowing away anything he’s tried from any New York deli (which is a tough thing for him to say). 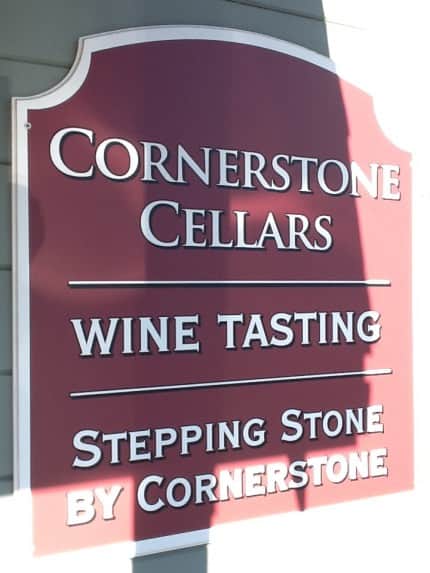 And now back to our regularly scheduled wine program.  I had a chance to sit down with Cornerstone Cellars Winemaker Jeff Keene who previewed the entire line-up of new wines that have yet to be released until this month.  Jeff started his career as a food scientist in New Zealand where he focused on grape and wine research.  After spending eight years inside a lab, he decided to pursue grad school and became a winemaker.  His first job was at Havens Wine Cellar in New Zealand and he worked at Truchard before coming to Cornerstone.   After 15 years of winemaking, he believes that his science background definitely translates into better wine in the lab and ultimately on your table. 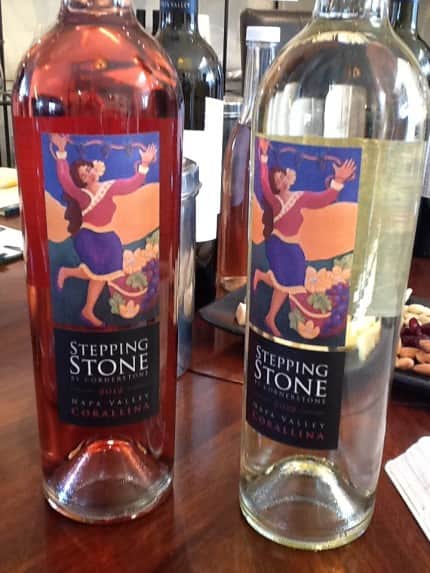 Cornerstone is soon to roll out some new packaging for its Stepping Stone label and I liked the bright, cheery and colorful images that were similar to the Artist Series, which you may recall.  You’ll see them shortly on the White Rocks and Red Rocks labels, which will now come with a screw cap.  Keene reiterated that Stepping Stone is not a second label – it has its own style and character while maintaining the high standards of Cornerstone Cellars.  Both of the wines are designed to speak clearly of the vineyard, variety and vintage for where they came.  All are farmed organically or sustainably. 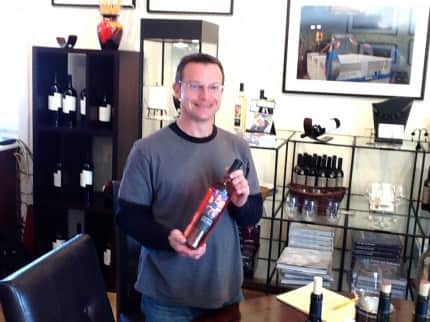 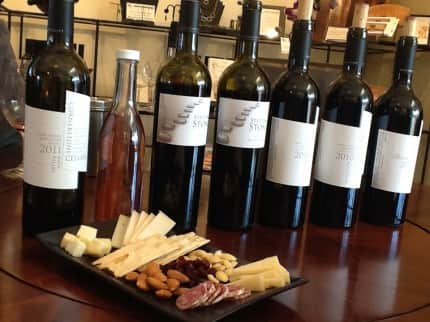 It’s rare that I enjoy the entire portfolio of a winery, but Cornerstone Cellars allows nature to take the helm while Keene’s job is to nurture.  And it works perfectly.