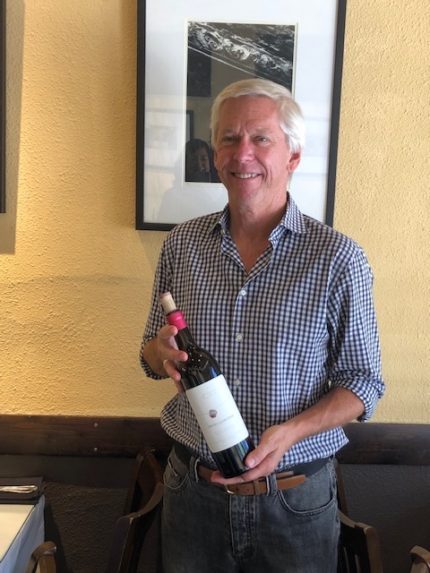 For forty years, Jim Moroney was a champion of free press and led Dallas’ only daily paper through a digital transformation. But as he told me, “When you work for a public company like A.H. Belo Corporation, you have a shelf life. I had to determine what I was going to do after and that something was Sixmilebridge Vineyard in Paso Robles.” 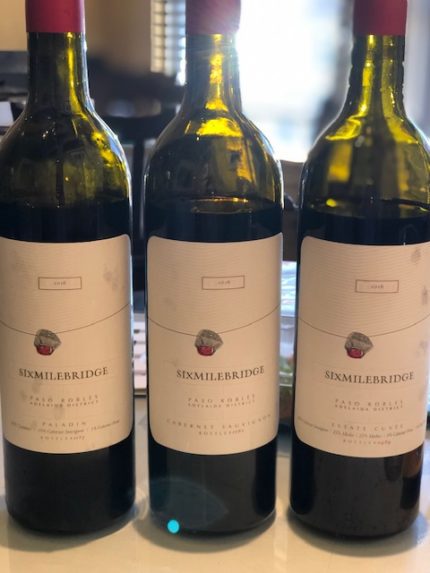 I had a chance to attend the first Sixmilebridge wine release party and have lunch with Jim after at Urbano to hear his story. As you can imagine from a career newsman, it’s a great one and it’s fun to hear how he and his wife, Barbara, went through their own transformation from a Dallas CEO, President and Chairman life to one of a farmer.

The Moroney’s knew that they loved wines and visited wineries across California, Europe, and South America for years before discovering Paso Robles. They found something so special with the friendly and welcoming community that they started asking themselves if Paso was the right place to build their dream. The answer was yes and they decided to begin looking for a vineyard site.

They purchased a 94-acre Paso property in Westside Paso Robles with a dream of crafting premium boutique Bordeaux style and Cabernet Sauvignon wines. Then it was time to find a winemaker.

They found Anthony Yount, who also is the winemaker at Denner Vineyards. Jim talks about when he first met Anthony and was interviewed by him. “He asked me what kind of wine do you want to make? My answer was one that I look forward to drinking every day.” I passed the test and he came on as my winemaker. Later I asked him what was the wrong answer. He told me it was “to make a 100 point wine.”

Later, Sixmilebridge also hired Anthony’s wife, Hillary, as she was looking to return to work after having their child. It truly is a family business.

They had to build from the ground up in 2013 and the first harvest was in 2016. They dropped half of the fruit to let the vines great more nutrients. Jim talked about that key business decision many new wineries would not make, “If you don’t have great fruit, you don’t have good wine.” 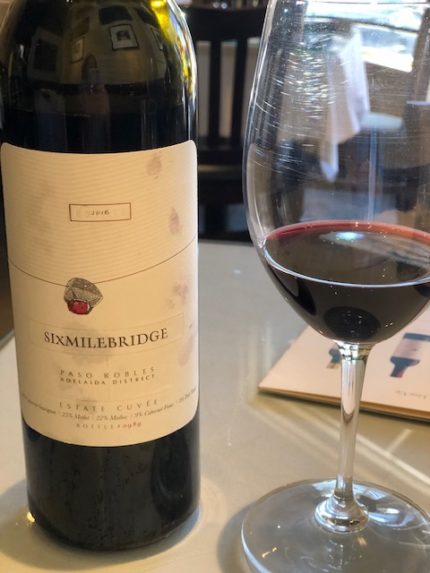 And they did things differently than many others in Paso Robles. They planted Bordeaux varietal grapes on a steep, untamed hillside vs Rhone wines. But they knew that the soils (topsoil and limestone) combined with rocky terrain and diurnal temperatures would make great wines.

Sixmilebridge is named after the small town located in County Clare, Ireland, where Jim’s great grandparents lived prior to emigrating to the U.S. In 1852, a group of ruling class landlords backed by soldiers forced a group of tenants, including two priests, to the polls to vote against their own interests.

This triggered a riot, and then a massacre, which resulted in six dead and eight wounded in the streets. This did not phase the ruling class and they wanted to charge anyone in the crowd with a year in jail for inciting violence including one of the priests, Fr. Clune. Fr. Clune’s red ceremonial hat was noted to showcase a hole from a bullet which passed through it. His hat became a lasting symbol of that day in Sixmilebridge. Now, it is on the winery’s label as a part of their story. 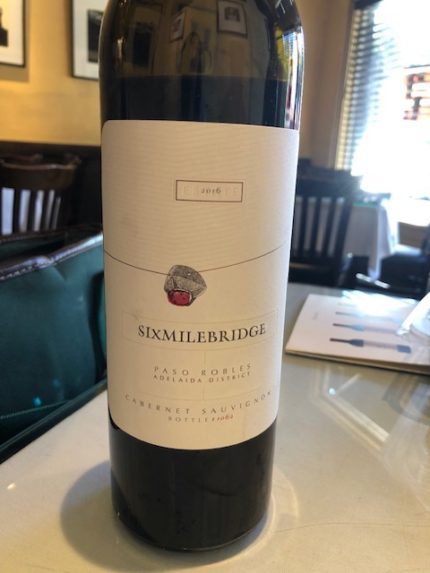 As for the wines, they are great. We tried four during the launch party and over lunch. I had never tried non-Rhone wines from Paso Robles and am excited to see the quality of wines coming out of the region.

This blend of 95% Cabernet Sauvignon and 5% Cabernet Franc was big. In fact, Jim recommends decanting most of his wines several hours before drinking. It will be a great cellar choice to lie down and see what happens as it evolves in the bottle. I tasted currant, violets, black fruit, Asian spice, vanilla and herbal notes.

The name comes from a “Have Gun – Will Travel, an American Western series that Jim used to watch with his dad as well as his first black lab. The series follows the adventures of a man who works as a mercenary calling himself “Paladin,” taking his name from that of the foremost knights in Charlemagne’s court.

This blend of 80% Zinfandel, 19% Cabernet Sauvignon and 1% Cabernet Franc Notes was a smooth, but powerful Zinfandel. I tasted red fruit, pepper, cinnamon, floral notes and herbs.

This 100% Sauvignon Blanc was more than a patio wine. It had definition and elegance. I tasted notes of stone fruit, melon, flowers, tropical fruit and it had a great minerality.

I love that Jim is doing Paso wines his way. He and Barbara had a vision of the wines they wanted to make – ones they look forward to drinking every day. Sixmilebridge Vineyard bridges his past, present and future. I’m looking forward to seeing great things to come from the vineyard.