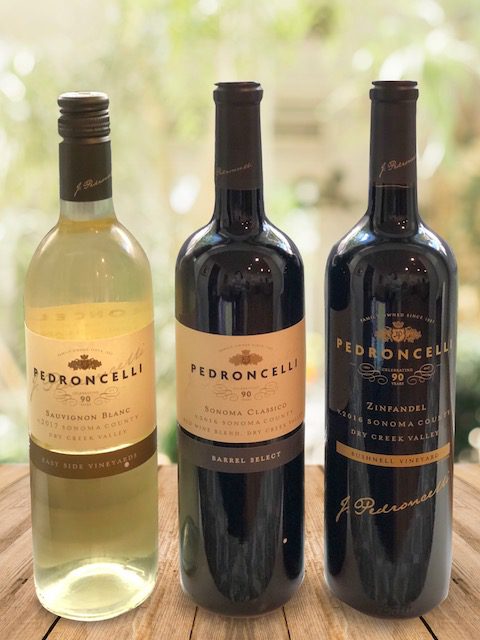 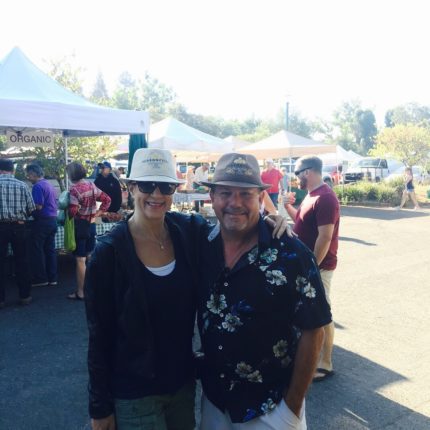 Me and Ed St. John

It was time for the quarterly “Taste Up” with the gang at Pedroncelli Winery led by the “oh so animated” and always entertaining Ed St. John, General Manager.  Like any Italian family, it’s all about the food and wine, so the wine samples are paired with a recipe and suggested food pairing.

If you’ve followed my posts, you’ll recall that I celebrated the 90th anniversary with the Pedroncelli family and there are so many reasons that I now consider myself part of their extended family.  They are wonderful people. 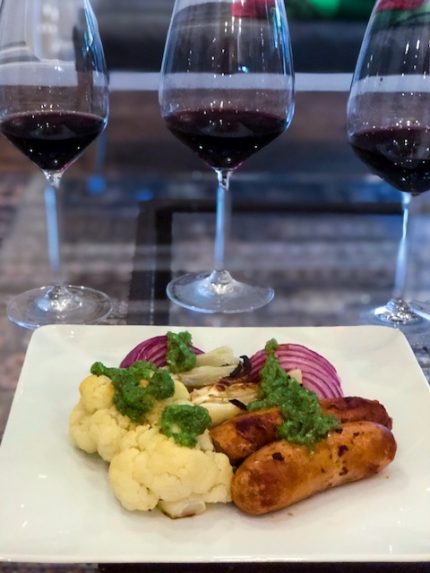 The recipe was Grilled Italian Sausages with Cauliflower, Fennel, Red Onion, and Basil Gremolada, which they told us was a favorite of Julie Pedroncelli’s, who often is the creator of these recipes. The link to the recipe is here.  You’d think this would be a tough pairing, but they all worked.  Because the recipes were guidelines and I’m allergic to pork, we substituted chicken sausage. 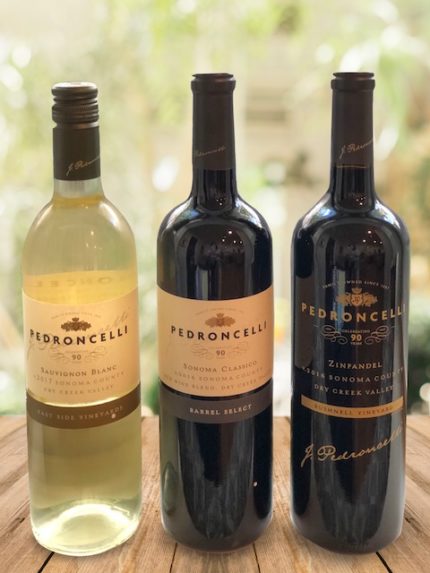 The 2017 Sauvignon Blanc had notes of citrus, herbs, spice, grass and a great minerality.  It was a perfect match with the sausages and veggies.

The 2016 Classico is a blend of Merlot, Zinfandel, Petite Sirah, and Syrah with notes of black fruit, black cherry, red fruit, spice, dried roses, cedar and smoke.  It was a nice compliment to the sausage.

The 2016 Bushnell Zinfandel had notes of fruitcake, blackberry, vanilla, spice, dark chocolate and vanilla.  It brought out the spice of the sausage and was great with the sauce.

The night was full of laughter, fun and a few grill timing mishaps (on the Pedroncelli Tweeting end), but it was a reminder that while family and friend gatherings may not be perfect, enjoying the moment is what is special.

2 thoughts on “A Pedroncelli “Taste Up:” Food, Wine and Friends”