Tapena Wines asked me to be involved with a two-day “Grab a Fork Tour” on July 27 and 28 in Dallas, which just happened to coincide with the six-month anniversary of the launch of Dallas Wine Chick.  The word Tapeña is a combination of tapas (Spanish small plates) and peña (a group of close friends).  The wines are meant to be paired with food and are all made from Spanish varietals.  We tried a tempranillo, garnacha, verdejo and a rose that were paired with different small plates.  My favs were the tempranillo and verdejo and at a suggested retail price of $10, these were enjoyable, food-friendly wines that were a good bargain. 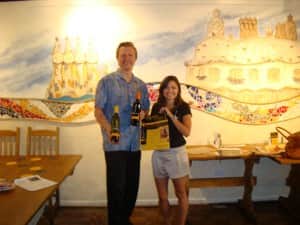 I first met, Simone Perez, the Tapeña ambassador over the weekend, and her enthusiasm for the wines and culture of Spain was contagious.  Our first event took place at Cafe Madrid and coincided with the Texas sky opening into a torrential downpour.  But Dallasites were ready to “represent” and more than 110 people came out to taste.

Our next event was at WineTastic the following day and approximately 80 people showed. I had the opportunity to finally meet a number of Dallas Wine Chick fans, which was absolutely a blast.   You can click here to experience both events for yourself. 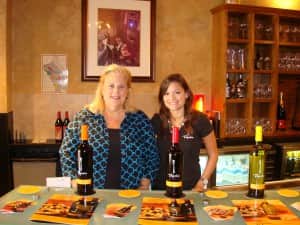 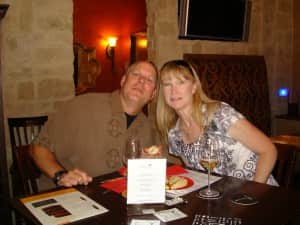 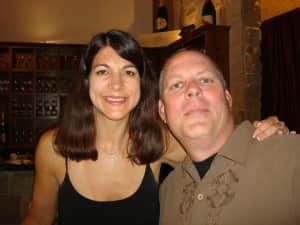 2 thoughts on “Tapena Grab A Fork Tour Does Dallas”