And just like that – we were on our last region and the trip had almost come to an end.  We explored Bierzo, a Spanish Denominación de Origen (“DO”) for wines located in the northwest of the province of Leon.  In getting there, we went actually drove through snow flurries.  The DO covers 23 municipalities, has 72 wineries and dates back to Roman times where wine and gold were the two thriving businesses. 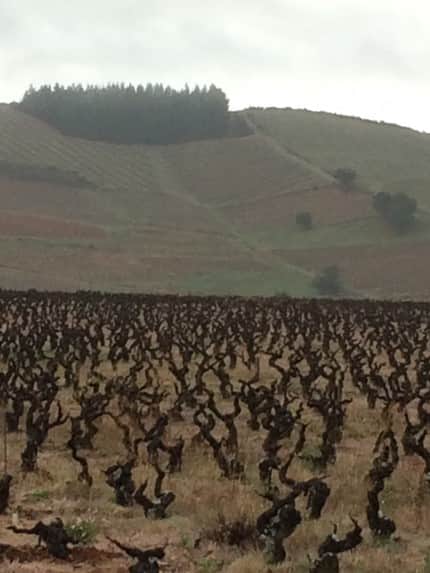 Due to phylloxera in the 19th century, production almost came to a screeching halt.  In 1989, Bierzo Denominación de Origen was established.  The climate in this region is unique with lots of humidity and rainfall, but there is also a hot and dry climate.  Water conservation is not an issue here.  The soil is dark and chock full of quartz and slate. 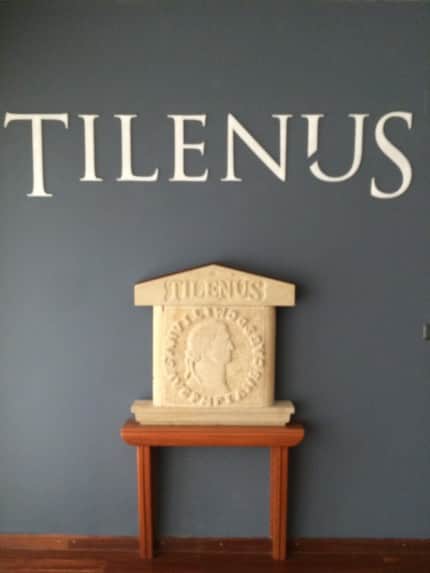 The Bodegas Estefanía started in 1999 when the family decided to restore an old dairy located in the village of Dehesas. 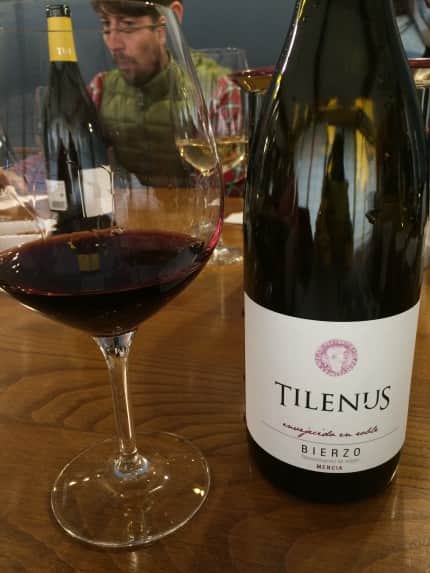 At this time they planted vineyards and began to develop the techniques that were developed in other parts of Europe.  The wine Tilenus gets its name from the god of war named “Teleno” combined with the Roman name “Mars”.  The Tilenus Mars label shows a Roman coin that was found in the vineyards.

Bodegas Estefanía focuses primarily on the Mencia grape, but it makes a fine Godella as well.  About 15 to 20 percent of the grapes are sourced from the same grower.  The vines are older – in general between 60-90 years – and the soil used to be glacial, so you can find sand and stones.  The production is around 200,000 to 250,000 bottles using the same gravity techniques, French wine barrels and regulated temperature, humidity and light as the other MGW wineries we visited. 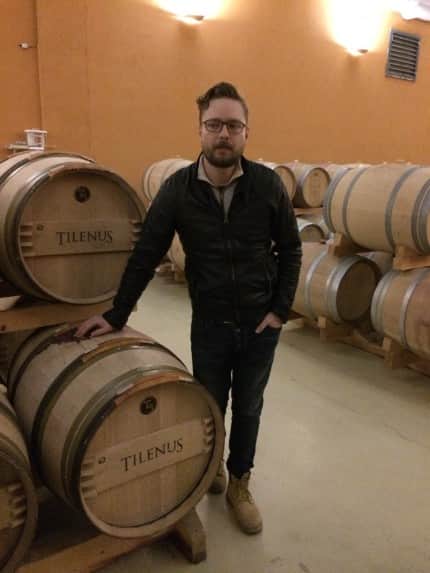 We had a chance to sit down the Carlos Garcia, the winemaker, and Pablo Frias, the general manager of the winery where we started with a four-wheel drive journey to parts only accessible with a truck and a jeep.  Our little Mercedes bus caravan had no chance making it up to the vineyards that we visited.  The weather wasn’t cooperating so we spent time at the oldest vineyard, La Florida. 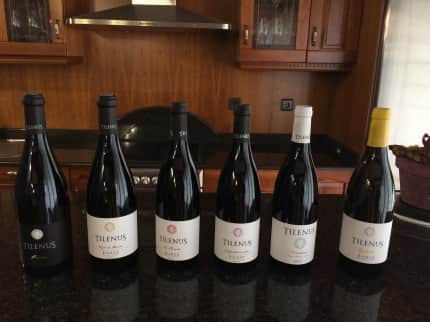 After our tour, we went to the winery to tour and drink wine.  We tried the following wines:

2013 Tilenus Godello – lots of floral, minerality, pear, stone fruit, lemon curd and a nice nuttiness. I really enjoyed this wine and absolutely would buy it in masse at $15 when it comes to Dallas.

2014 Tilenus Vendimia – nice structure, earthiness, raspberry, lavender and notes of bay leaf.  This wine is an awesome deal at under $14.

2011 Tilenus Encreicida en Rolle – this was more earthy with notes of cinnamon and spice, herbs, raspberry and a touch of mocha.  Another great deal at $10.

2010 Tilenus Encreicida en Rolle – this wine was a totally different comparison.  It was more fruit-forward, less herbal and had more minerality.

2008 Tilenus Encreicida en Rolle – this tasted like blackberry pie with notes of molasses.

2008 Tilenus La Florida – I tasted gingerbread, all spice and it had a meatiness that I didn’t find in the others.

2006 Tilenus Pagos de Posada – this was a very concentrated wine that tasted of bramble pie, dried plum, peppercorns and earth.  There was a lot of complexity in the glass that opened up over time.

2007 Tilenus Pagos de Posada – this was almost port-like with notes of menthol, chocolate, fig, sage and molasses.  This wine reflected “100 years of wine with sand and soil.”

Our grand finale at lunch was the 2002 Tilenus Pieros, appropriately named “the phantom” because there is so little left in the market with only 220 bottles made. 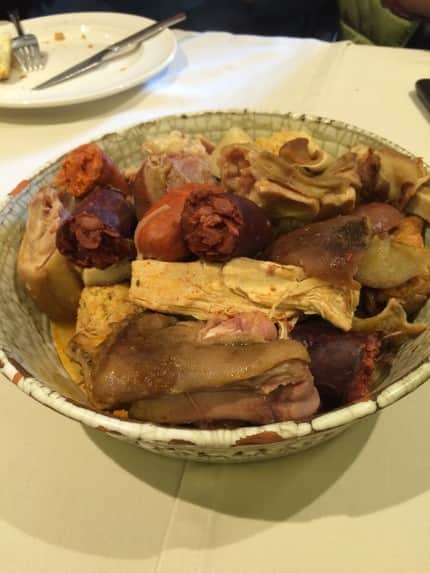 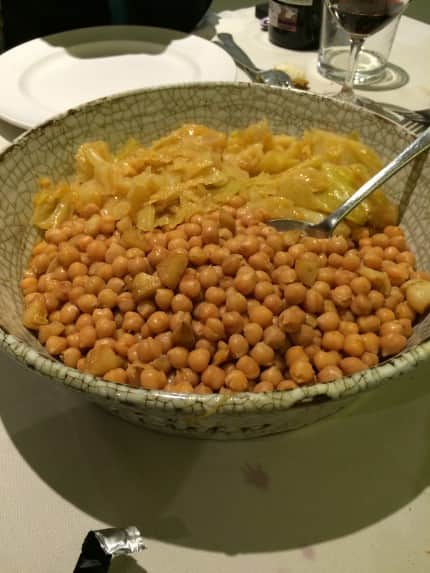 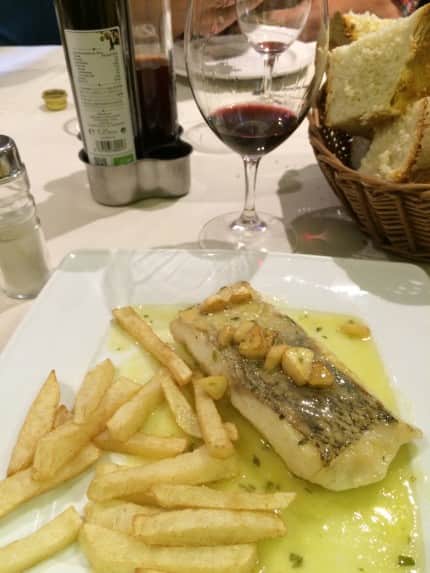 What I ate (allergic to pork)

We lunched at Casa Coscolo and enjoyed a variety of local specialties.

We drove back to Madrid that night and discovered the joy of a really good gin and tonic followed by lots of wine and a late night game of Cards Against Humanity.  At that point, it was time to say goodbye to my friends and the closure of an incredible Spanish wine experience.