I recently attended a trade event at the Mansion on Turtle Creek hosted by Sigel’s featuring the Moet Hennessy portfolio available in Texas.  When I received the invitation, a few things caught my eye.  First, Manuel Louzado from Numanthia was on the list and I love, love, love his wines.  Second, Cloudy Bay winemaker, Sarah Burton, who recently hosted ##nzwineday, was also in attendance so I wanted to talk to her about that event and her experience.

It was a star-studded winemakers line-up featuring Cape Mentelle, Chateau de Sancerre, Chandon, Numanthia, Lapostolle, Newton, Cheval des Andes, Cloudy Bay and Terrazas de los Andes.  Most of the vineyards had their wine makers in attendance.  I was in heaven.

I tried a number of wines that day, but I thought I’d give you some of the highlights that I really enjoyed.  You can find all of these at Sigel’s if you want to “taste along.” 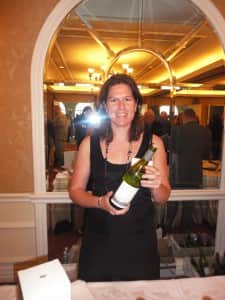 Cloudy Bay Pinot Noir 07 – If you read my recent column about my New Zealand wine experience, you’ll note that I was very impressed with the Pinot Noirs.  This one continued that trend for me.  It was spicy with cherry notes and an earthiness that made me want more. 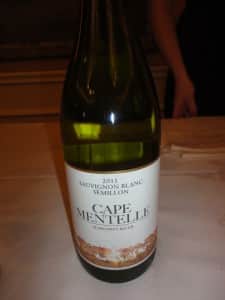 Cape Mentelle – I really enjoyed the Sauvignon Blanc/Semillon blend from this Australian winery, but the 04 Cabernet stood out to me.  It showed very well with notes of blackberry, tobacco and a nice balance. 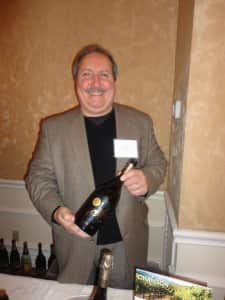 Chandon – What can I say?  I’m a sparkling girl and the Etoile Brut was elegant with notes of hazelnut, apple and citrus.  I had a great conversation with winemaker, Tom Tiburzi, and he told me about how this blend changes yearly based on what he feels will work the best from the grapes as opposed to his other more value-oriented sparkling that must stay true to what consumers expect.  I also tried the Extra Dry Muscat Cannali, which is definitely the perfect off dry sparkling wine with Asian food. 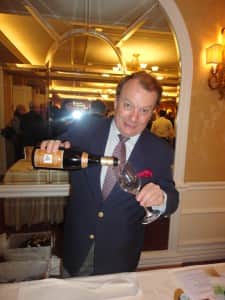 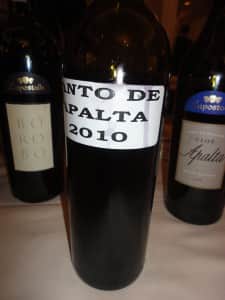 Lapostolle – I have a soft place in my heart for them because they have a very drinkable and affordable Sauvignon Blanc that becomes my wine of choice when we go to Punta Mita.  However, I had never ventured out of their value wine category.  I really enjoyed three of their wines.  The first was the Borobo, a blend of five different French varietals, originally put together due to a bet between two winemakers to see if a blend could be made from two vineyards.  The winemaker upped the ante and blended three.  Trust me – he could and it’s good.  The second one is Canto de Apalta, a fabulous Bordeaux blend that will debut in May and retail for $19.  This has been described as the “baby Apalta,” one of the top cuvees and rated #1 by The Wine Spectator in 2008.  You should discover this when it launches and quickly.  It is a fabulous deal.  The final wine was the los Apalta, the flagship wine I described before.  Lots of blackberry, cherry, spiciness and a velvet finish. 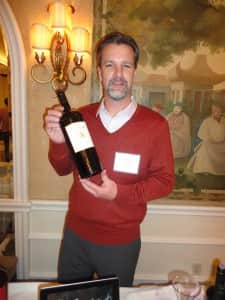 Newton Vineyards – Winemaker Chris Millard was representing this popular Spring Mountain winery.  If you are a chardonnay fan, you should try the 09 unfiltered chardonnay deemed as a “non-Chardonnay drinkers” Chardonnay.  Lots of almond and a very nice wine either with food or without.  Then we jumped to the 08 Puzzle, a red blend that changes yearly-  hence the name.  This was a wine with finesse, elegance, silkiness, cherry, licorice, vanilla, chocolate and mocha. 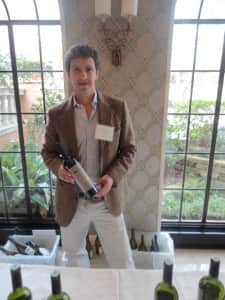 Terrazas de los Andes – I had the chance during a wine event in 2011 to try the value and mid-range wines, so I immediately asked for the Afincado Malbec.  I tasted vanilla, blackberries, oak and some floral notes.

Cheval des Andes – Would love to have tasted the fruits from the partnership of Terrazas de los Andes and well-known Chateau Cheval Blanc in Bordeaux, but alas, they had no more wine. Next. 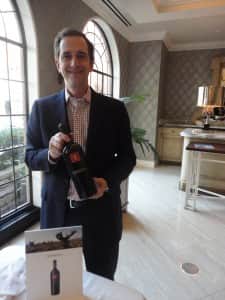 Finally, Numanthia and Manuel Louzada.  I had the chance to talk to Manuel about a wine group that I belong to and the second and third-growth tastings that we did of iconic wines.  His wines were fabulous in every tier.  I loved his descriptions of the three wines.  He talked about the Numanthia Termes as being geared to capture the vibrancy and the loveliness of the fruit with “newbie” vines between 30-50 years old.  The 08 Numanthia, featuring vines between 60-100 years old, is built to deliver massive power and elegance.  Louzada compared this to the body of an athlete with “beautiful lines outside, massive character inside.”  It’s an elegant wine and wonderful.  But then we moved to the 07 Termanthia.  He described it as one of the few vineyards where “all the stars aligned.” I admit it – I had to stop him to “take a moment” to savor this wine.  It’s velvet, it’s silky, and it is dark.  I smelled truffles, mocha, chocolate, black fruit and this was just of a bottle not decanted for long.  Also, I was fascinated with the story of the vines being compared to the city of Numanthia that survived a 20-year siege only to come under attack again.  The city decided it would not be taken and essentially they burned it with everyone inside.  It’s called the Numanthia resistance.   These vines have survived their own resistance – through pholoxia, through extreme temperatures and through hard growing conditions.  Viva de Numanthia and long live these grapes!