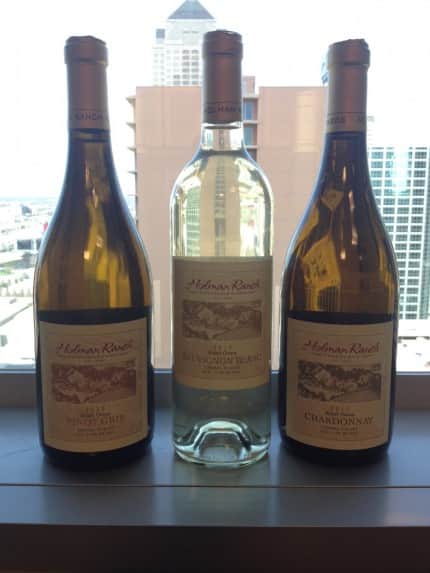 Before receiving a package of Holman Ranch wines, I was not familiar with the winery.  The winery has a storied history when the land of what eventually became the winery was purchased by a San Francisco businessman in 1928.  The house that was built was nicknamed “Casa Escondida” or “Hidden House” and became a celebrity hideaway back in the day.

The grapes are planted on 19 acres which are known for producing burgundy clones including Pinot Noir as well as Pinot Gris, Chardonnay, Sauvignon Blanc and Rose.  First, we tried the Holman Ranch Sauvignon Blanc 2012, which had notes of grapefruit, grass and green apple.  A great and refreshing wine.

I also really enjoyed the Holman Ranch Pinot Gris 2012, which had notes of tropical fruits and a great mouth feel.  This wine opened up even more throughout the evening.

We also tried the Holman Ranch Chardonnay 2011, which had notes of French toast, nutmeg and almonds.  Between the three, I enjoyed the Sauvignon Blanc the most. 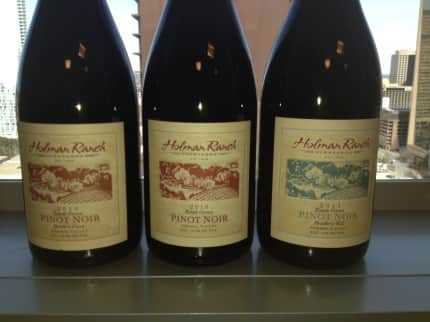 The red line-up included the following:

I really enjoyed the diversity and experience of Holman Ranch.  If this is an indication of wines from Carmel, it appears I have some more research to do.