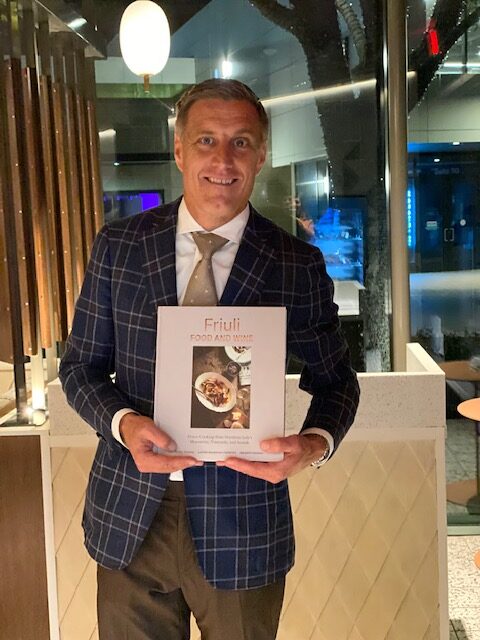 Dallas celebrated the publication of a James Beard Award Winning Chef’s Cookbook with one of the hottest restaurants in town giving tribute to the region and the chef.

It was a time for fans of the well-known chef and James Beard Award Winner and the region of Friuli in Italy to try menu items from his award-winning restaurant, Frasca Food and Wine, and Friuli Food and Wine Cookbook with a 6-course meal paired with wines, curated by Meridian sommelier Caitlin Ball.  The launch of Friuli Food and Wine: Frasca Cooking from Northern Italy’s Mountains, Vineyards, and Seaside, from Master Sommelier and renowned hospitality guru Bobby Stuckey came to Dallas with a cookbook inspired menu executed by Meridian Executive Chef Junior Borges and his team.

Fruili is a small area of Northeast Italy that is bordered between Austria, Slovenia, the Adriatic Sea, and Venice known for its white wines. There are four regions growing thirty different wine varieties:

The cuisine is influenced by both history and geography – rivers to mountains to an intersection of Latin, Germanic, Slavic, and Italian.

I loved how the cookbook was broken into sections – Wine, Land, Sea and Mountains – covering the entire region and the components that make it such a special place and the cultures and cuisines the influence it. It is clear with the time spent for each of the sections that wine is as important as the food recipes given and they all play together (we all received a signed cookbook at the dinner). 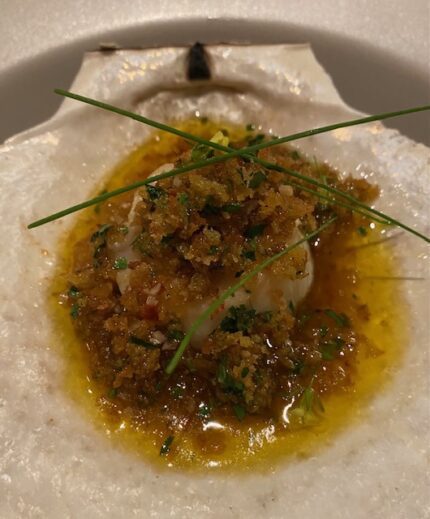 This was followed by a delicious Ravioli of beet, poppy seeds, smoked ricotta and a 2013 Gradis’Ciutta Cabernet Franc, Collio.

It’s always been said that Friuli has a bit of a cowboy culture with the way the diversity of countries and cultures have come together. Dallas embraced that intersection of food, wine and culture. The book is a great uncovering of a very special region that remains unknown by many.