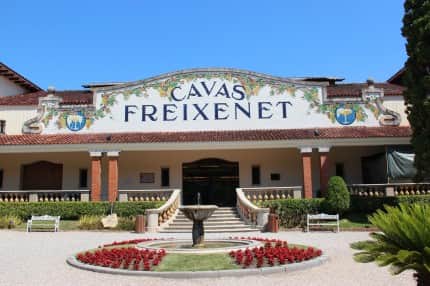 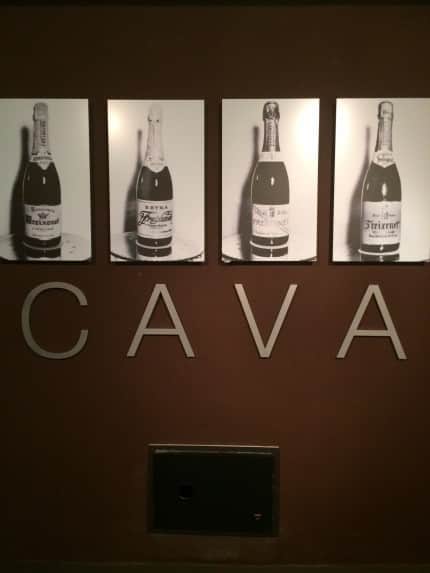 After surviving a business trip to Barcelona, I decided to take advantage of my time there and do some further exploring of cava.  The folks at Cavas Freixenet nicely agreed to add me to the general tour (in English) and a group of us embarked to experience cava. 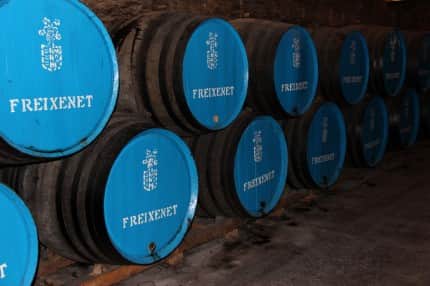 Freixenet is located in the Penedés region and we traveled by train from Barcelona to the Sant Sadurni d’Anoia train station. We literally got off the 45 minute train ride, took a left and we arrived at our destination. The winery is easy to reach by both car and by train. In fact, the entrance to the caves is just 50 meters from the Sant Sadurní d´Anoia train station, just about 45 minutes from the center of Barcelona. The public tour we were a part of was about 2 hours and included both adults and kiddos. 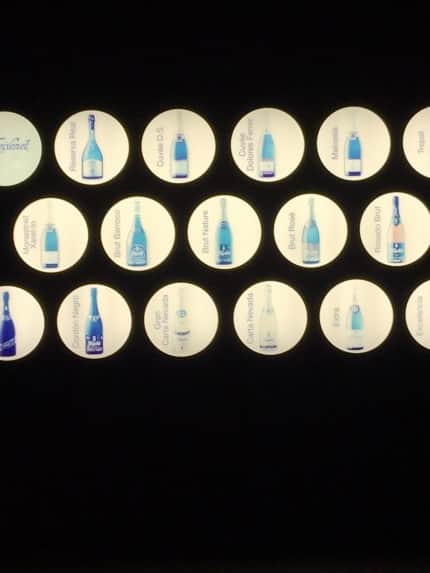 We started with a film about the history of the company featuring the iconic boy in the red cap, who has been a part of the company’s brand since 1914.  We also heard about the two families who came together by marriage to make the winery a reality after phyloxera occurred years prior.  We started in the oldest part of the winery, which was eight-levels deep.  I got a deep dive into the making of cava, the evolution of the technology as well the expansion of Freixenet into more prestigious brands including a King’s stamp of approval on one of the bottles. The grapes used are Xarello, Macabeu and Parellada that come from both Freixenet estate vines and over 1,200 grape growers in the region. 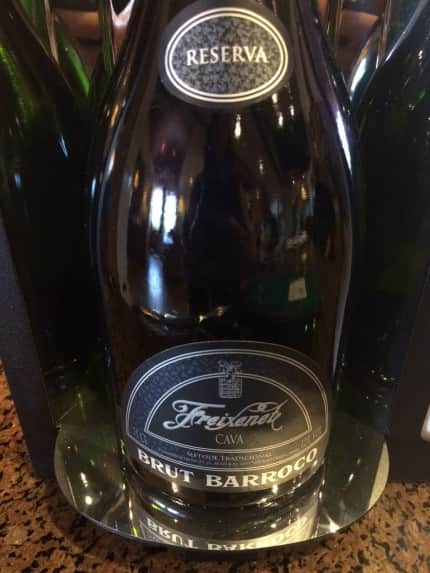 We then – much to my daughter’s delight – boarded a train to ascend into the new part of the winery where we saw the cellar evolution, blending, bottling and other examples of modern technology at work.   We ended at the tasting room, where the adults got a glass of the Freixinet Brut Barroco Reserva and my daughter was given grape juice.  It was an awesome learning experience and I’m definitely on a mission to explore more cava – I hope some of the reserve bottles of Freixenet will be part of that future learning experience.