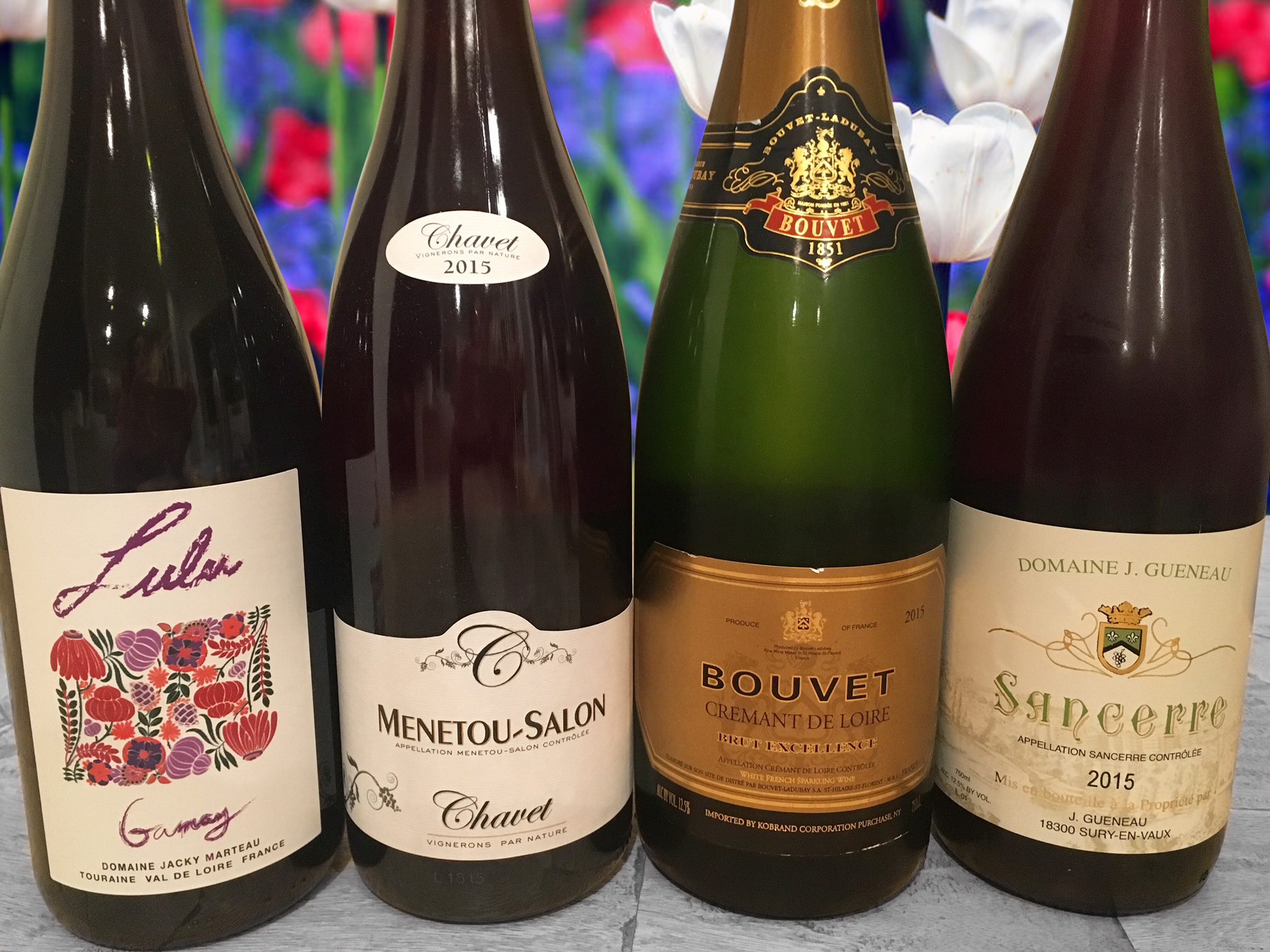 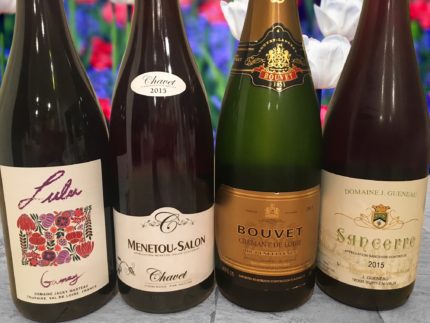 The Loire Valley is known as one of France’s most diverse regions with more than 60 appellations.  Master of Wine, Christy Canterbury, was our guide, and took us through the region during this #loirelovers #winechat, which was a night of Loire Valley Wine.

The Loire Valley Wine Region includes the French wine regions situated along the Loire River from the Muscadetregion near the city of Nantes near the Atlantic and then Sancerre and Pouilly-Fume southeast of Orléans in north central France.  We also navigated Anjou, Saumur, Bourgueil, Chinon, and Vouvray.  For more information and a map of the region, courtesy of Experience.Loire.com, click here.

We talked about the 61 appellations, three sections and the 380 million bottles that are produced from the region each year.  The region is best known for its white wines from chenin blanc, sauvignon blanc, sancerre, vouvray and pouilly-fume; reds are made from cabernet franc as well as rosé, sparkling and dessert wines.

For this tasting, the group tried five wines, but I only had four in my shipment.

2015 Alain Gueneau Sancerre Rouge – Notes of cranberry, pomegranate, cherry, currant, raspberry along with wet tobacco and herbs.  I have always been a fan of “the other side of sancerre” and this did not disappoint.

2015 Chavet Fils Menetou-Salon Rouge Pinot Noir – notes of cranberry, pomegranate, violet, lavender and spice.  Menetou-Salon is a village at the eastern end of the Loire Valley, which has its own appellation.

2015 Domaine Jacky Marteau “Lulu” Touraine Gamay – this fourth generation of winemakers, a brother and sister team in their late 20’s, bought the property with the goal of making wine using the wisdom of their ancestors paired with modern technology and innovation.  This Gamay named after Ludivine, the sister, is meant to be drunk every day and is easy drinking with notes of blueberry, herbs, flowers and fruit.