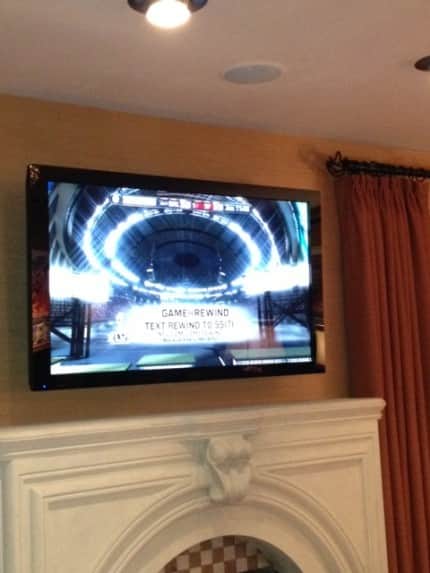 It was time for the Super Bowl game and we were invited to a friend’s house for an impromptu get together.  It was a sunny day with weather in the 60’s, I knew we’d have some rich snacks, and since I am never one to follow the beaten path, I grabbed some sample wines from Santorini.  These wines impressed me when I tried them at the Wine Bloggers Conference (#wbc12) in Portland and I was ready to give them the focus that they deserved.

It’s funny how things come full circle. I’m asked often about my favorite wine experience ever.  Mine happened to come while I was in Greece before I knew anything about wine.  My husband had just received his MBA and we hadn’t seen much of each other while he was in school.  We decided that we would take a vacation that we couldn’t afford and visited Turkey and then some of the Greek Islands.  One day we were on Santorini with our trusted Foder’s book in tow.  Most of the restaurants that had four stars had price tags that matched the number of stars given, except for one which had the single “$” sign next to it.  We soon found ourselves in a courtyard with a Greek family who served us fresh fish, Greek salad, hummus and the most wonderful crisp and dry wine that I’ve ever had.  It was amazing and still tops my list of wine/food experiences.

Santorini, while also an island, is a Greek wine region located in the southern Cyclades Islands of the Aegean Sea.  The wines became famous because of the Assyrtiko wines, the island’s flagship grape, commonly referred to as a “white grape in red’s clothing” because of the full-bodied and age-worthy wines produced. 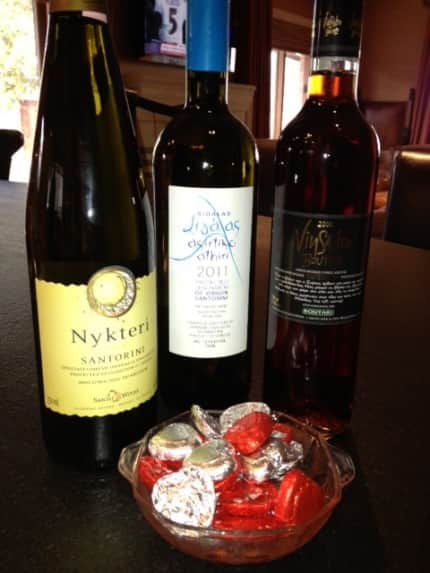 We tried several wines including:

These wines not only were drinkable today, but have the ability to age.  Based on this experience, I’m going to invest in a few bottles and see what happens in the next decade.  Or on second thought, maybe I’ll drink them today.