My neighbor who has the boutique distributor with labels like Scarlett has put together a wine dinner with the new Ruth’s Chris downtown just for our little group. He will be providing the wine and Ruth’s Chris the food. Anyone interested? @erikj 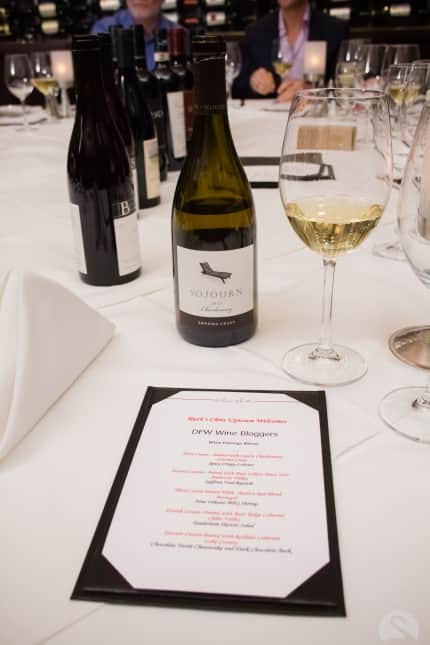 First, what? There’s a new Ruth’s Chris in uptown … like four blocks from my office?  Second … why don’t I know more about Redoux, a distributor focusing on boutique California wines?  Then you throw in this group of amazing Dallas wine lovers and the answer was an emphatic yes! 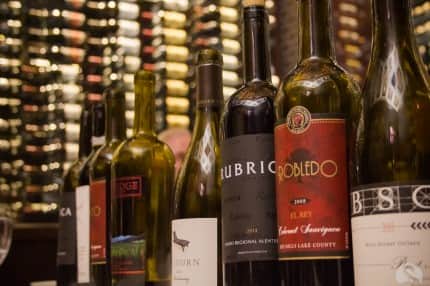 I haven’t been to a Ruth’s Chris in years.  Based on the wine pairing dinner I was served, along with the attentive service of Alan Schulz Jr. and his passionate staff, I have been missing out.  We started with a five-course menu that was lovingly paired with wines by Samuel Rickords, the co-owner of Redoux.   Samuel had his own special story to share about Ruth’s Chris and how he took his future wife there on their first date.  He walked in without a reservation and the dining room was packed.  Yet the hostess sensed a special night and found room for them at the bar.  That night evolved into a marriage and three children.

I didn’t know there were 150 Ruth’s Chris restaurants in 13 countries (there are two in the Dallas area).  What you need to know is about the happy hour aptly named “Sizzle, Swizzle and Swirl.”  It features $8 wines and bites from 4:30-6:30 pm from Sunday to Friday.

Here was our wine and food line-up (note several of these are on the happy hour menu).  Unless otherwise noted, all photos are from the very talented Asher Swan of Swan Photography. 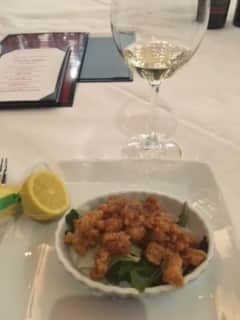 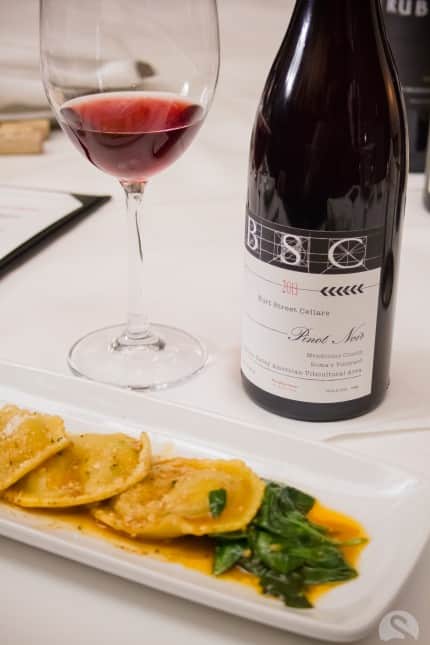 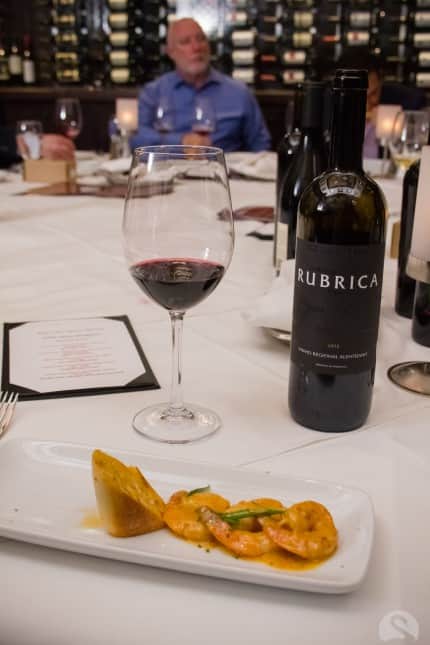 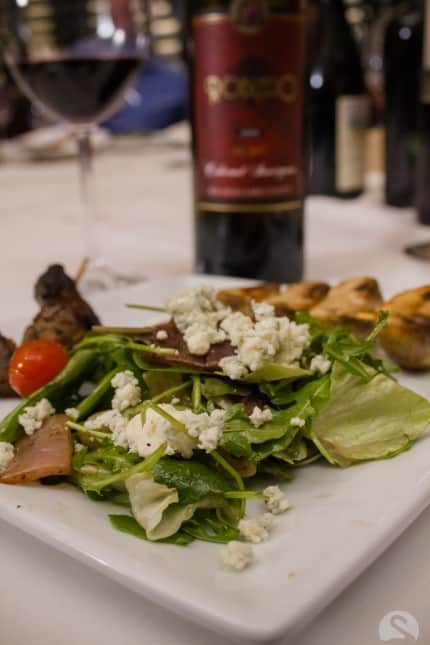 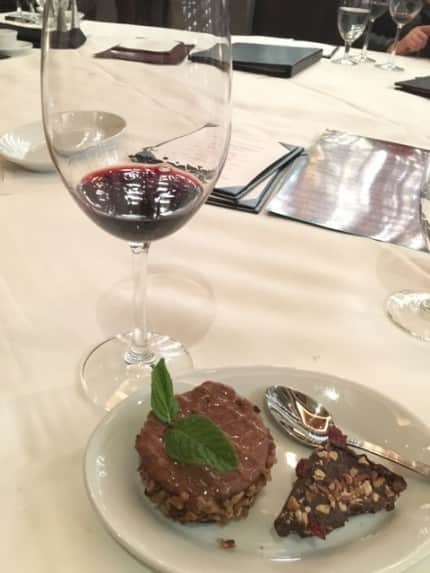 Then as a surprise, Samuel opened a 2013 Scarlett Cabernet Sauvignon, which topped off the perfect end to the perfect evening.