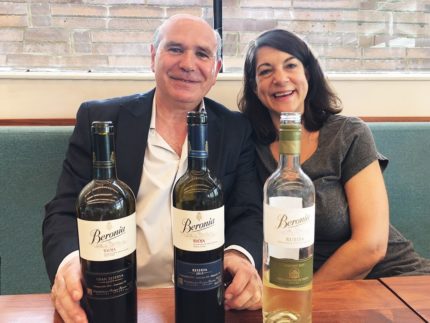 It’s not often that you have the chance to gather with a Winemaker who has been called one of the Rioja “pioneers of oak.”  Matias Calleja, the Winemaker for Bodegas Beronia, demonstrated that craft when he put three mixed barrel samples in front of a group of wine writers at a lunch at Jose Restaurant in Dallas.

Matias, who has been at Beronia for 35 vintages, believed that using combinations of American Oak, French Oak and a mix of the two would bring depth to the wines.  We tried three bottles of the 2015 Reserve Rioja – that were barrel samples. Each had been aged in different oak barrels — one in just American, one in just French, and one in a combination.  You could completely tell a difference in the three wines.  The combo was the group favorite (and the chosen one for the 2015 wines) – it was balanced with fruit, balsamic, spice, vanilla, herbs, depth and was very drinkable.  What a cool innovation that usually never sees its way out of a barrel room!  The oak, the toast, the barrels could change annually based on the vintage but the “Beronia style” remains the same.

Matias talked about the “marriage” that occurs within those mixed barrels and how they balance the aging of the wines combining the traditional and modern while still representing La Rioja.  “We are always experimenting with small batches of wine to see if we can improve and adapt the style, tastes and flavors of our wines,” he said. 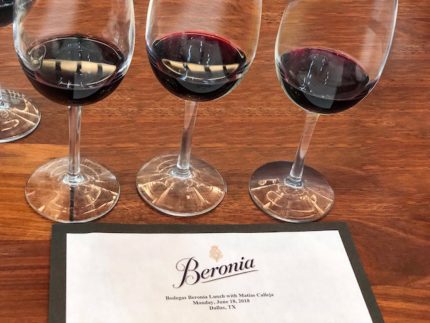 First, a little about Rioja and the winery name.  In the third century BC, Rioja was inhabited by the Berones, a warrior people of Celtic origin from the Canatbria Mountains in the North to the Demanda mountain range in the South.  This warlike population, also dedicated to agriculture, livestock, pottery and metallurgy, named this area Beronia.  Rioja is an important wine region in northern Spain.  It is a Denominación de Origen Calificada (D.O.Ca., “Qualified Designation of Origin”), which means there are strict criteria for grape growing, harvest and winemaking.  It’s divided into three sub zones – Rioja Alta, Rioja Alavesa and Rioja Baja.

Let’s talk about Bodegas Beronia and how it began. In 1973, a group of friends and businessmen from the Basque region who loved food, wine and cooking founded the winery.  They vacationed in Rioja and found the land that represented the quality and terroir they wanted.

The winery is surrounded by 25 hectares of estate vineyards and controls 870 hectares of selected vineyards close to the winery.  It also has 65 hectares across two vineyards growing Verdejo since 2016.  Bodegas Beronia works with more than 200 selected growers who supply grapes guaranteeing the best quality grapes and natural processes are followed.  Matias hand selects these grapes parcel by parcel. 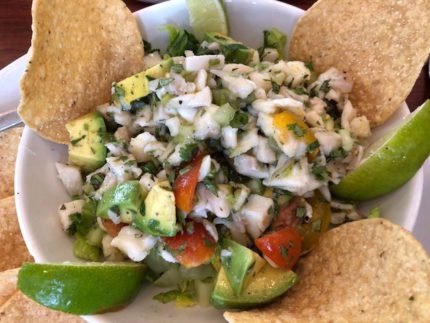 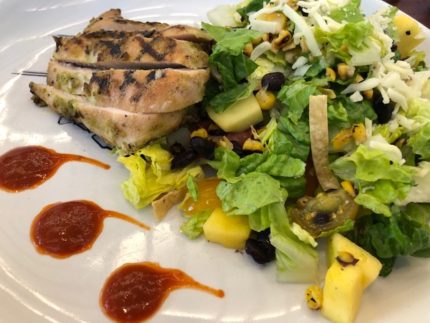 Some of our Jose food pairings

In addition to the oak experimentation wines, we tried a few other bottles – all priced between $12.99 and $29.99.

2017 Rueda Verdejo 2017– this was the only white that we tried and it was perfect for our Texas heat.  You could taste the lemon, lime, flint and minerality in this complex little white wine.  Delicious!

2013 Beronia Rioja Riserva – notes of spice, chocolate, plum, cherry, blackberry, leather and a little bit of funk.  This was a great food wine.

2009 Beronia Rioja Gran Riserva – notes of cherry, licorice, cigar, blackberry, blueberry, vanilla, earth and truffle.  This was a great value and $29.99 for everything going on in this wine!

Lots of innovation, learning and experimentation are going on at Beronia. I’m excited to see what’s next.