I have always had a soft spot for La Mancha.  Growing up, I remember my parents dressing up the kids (me being one of them) so we could go to Atlanta’s Fox Theatre to watch old movies.  One of those movies was Don Quixote, and that movie became special to my parents.  In fact, on Christmas, we were likely to see presents addressed to Don Quixote and Dulcinea. When I saw the invite for the La Mancha denomination of origin (D.O.) of Spain, I hoped the wine could live up to the memories.

Because I only took a half day of work off, I missed the much lauded seminar by Sommelier Charlie Arturaola.  Still, I made it in time to talk to Marisa Flores, Director of Overseas Network for the Foreign Trade Office of Castilla-La Mancha and try several of the 100 La Mancha wines at the tasting.  Some were already being distributed in the United States while others were looking for distribution.  Grape varieties included Airén (one really good one, one that smelled like a hair perm) and Cencibel (tempranillo) as well as Viura, Chardonnay, Sauvignon Blanc, Grenache, Merlot and Cabernet Sauvignon.  La Mancha is the largest wine region not only in Spain, but in the world.

Marissa and I had almost the identical conversation that Gloria Collell and I had about how Spain needed to learn to market its great products internationally.  “It’s important that we keep our heritage and tradition, but we have to market our quality and what the region has to offer,” she said. 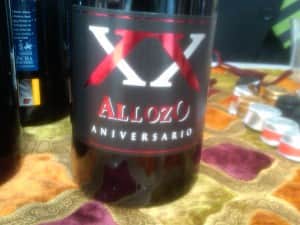 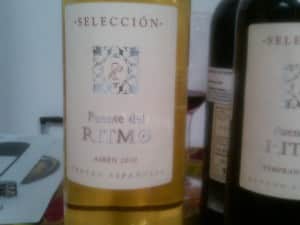 The La Mancha DO covers about half of the Castile-La Mancha region and is known for its extreme temperatures.  I tried some really nice wines, many at great price points.  My favorites were as follows, as I felt like they best represented the Old World style of Spanish wines that I enjoy:

I’m glad that Spain has embarked on its marketing campaign. When done well, the wines are distinctive, the people are delightful, the price points are on target and I’m told the food pairing opportunities are almost flaw-proof.