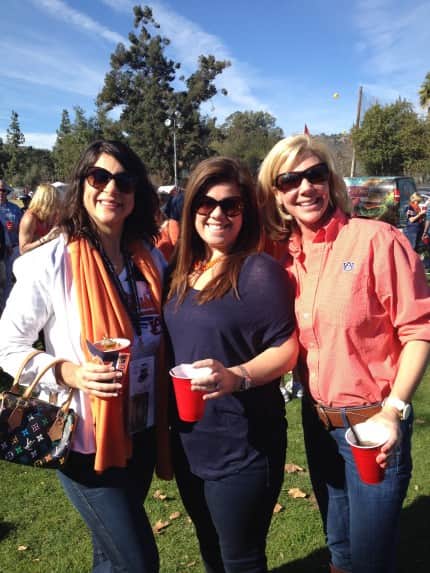 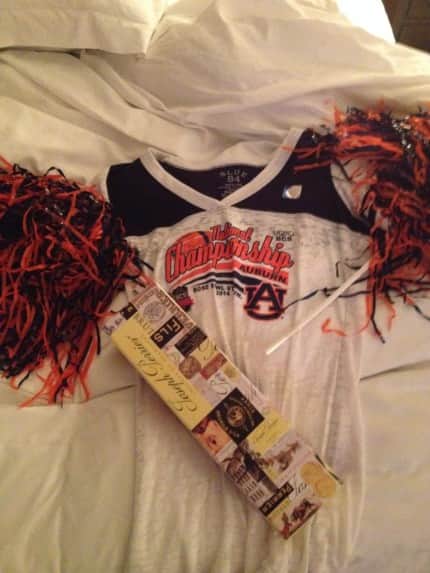 I had the honor of attending the BCS National Championship Game last week.  I’m honest with you all — so I’ll admit it — the emotional hangover is still there.  For those of you who follow me strictly for wine – bear with me – I’ll get to that.  This game was about a “bucket list” experience that involved highs, lows, ups, downs, drama, fairy tales and passion.  It was about winning and losing.  It was about friendship – seeing very old friends and cementing relationships with new friends.  I couldn’t have better content for a blog that talks about experiences.

If you don’t follow college football, the BCS National Championship Game is the last game played to decide the top college team.  This year, Auburn and Florida State were the teams competing.  The atmosphere was electric and seeing Pasadena washed in a sea of orange and blue was an emotional experience.

So how did we get there?  I was asked several years ago to be part of an Auburn Athletics advisory committee and I’ve gotten to know the folks that make the athletics department tick.  Because of that relationship, we had an opportunity to buy tickets to the game at a decent cost vs. the four figure estimates featured on Craigslist.  Couple that with a dear friend who is a high ranking college conference official (who would never want to be identified) and we had our hotel hook up and friends to play with for the weekend.

We stayed at the Langham Hotel, which has been around since 1907 and has to have the most complete amenity kit ever.  The hotel also hosted many of the VIP college conference officials, ESPN’s commentators and other sports icons.  Walking through the lobby after going for a run and seeing ESPN’s Game Day’s, Lee Corso and Kirk Herbstreit, as well as Johnny Manziel formerly from A&M, and other sports VIPs was intense. 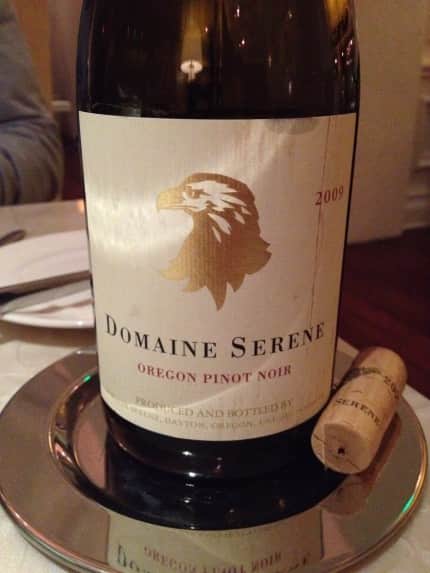 We drank some great wines and because of the company we were with, I can claim that the Chairman of an unnamed Bowl purchased a bottle of 2009 Domaine Serene Pinot Noir for our table.  I also had my first BevMo experience where I tried out several of the wines recommended by Wine Bloggers Conference friend, Wilfred Wong.  Wish we had this store in Texas! 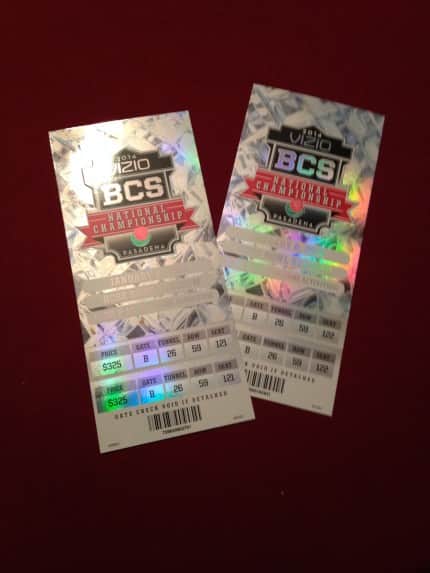 And because I am a dork, one definite highlight leading up to the game was the multiple motorcycle police escort we had going to the Rose Bowl.  And answering the question that many of you had, I was not in trouble.  This was pre-game and I did not go all Alabama mom (just Google it, I don’t want to give that crazy woman any encouragement) on someone.  But blowing through lights when you are not dead or involved in a funeral procession, is a pretty cool experience. 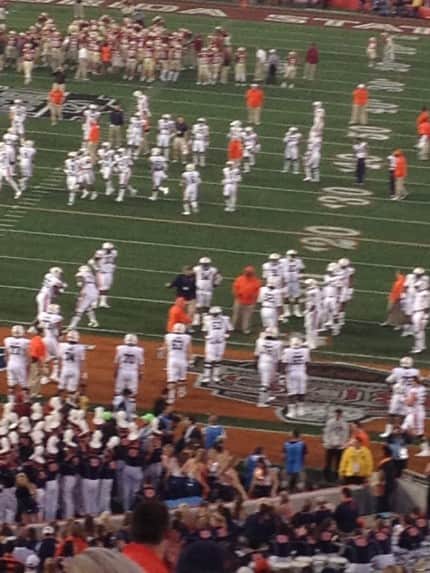 Auburn was up until the last 79 seconds.  It was one of those games where the lead changed 3 times in the final handful of minutes.  Florida State had the ball last and took home the crystal football.  As an Auburn fan, I maintain my emotional hangover.  As a fan of the overall experience, I had a “bucket list” moment.  War Eagle and wait until 2015!

2 thoughts on “Auburn Football, the BCS National Championship and Wine”