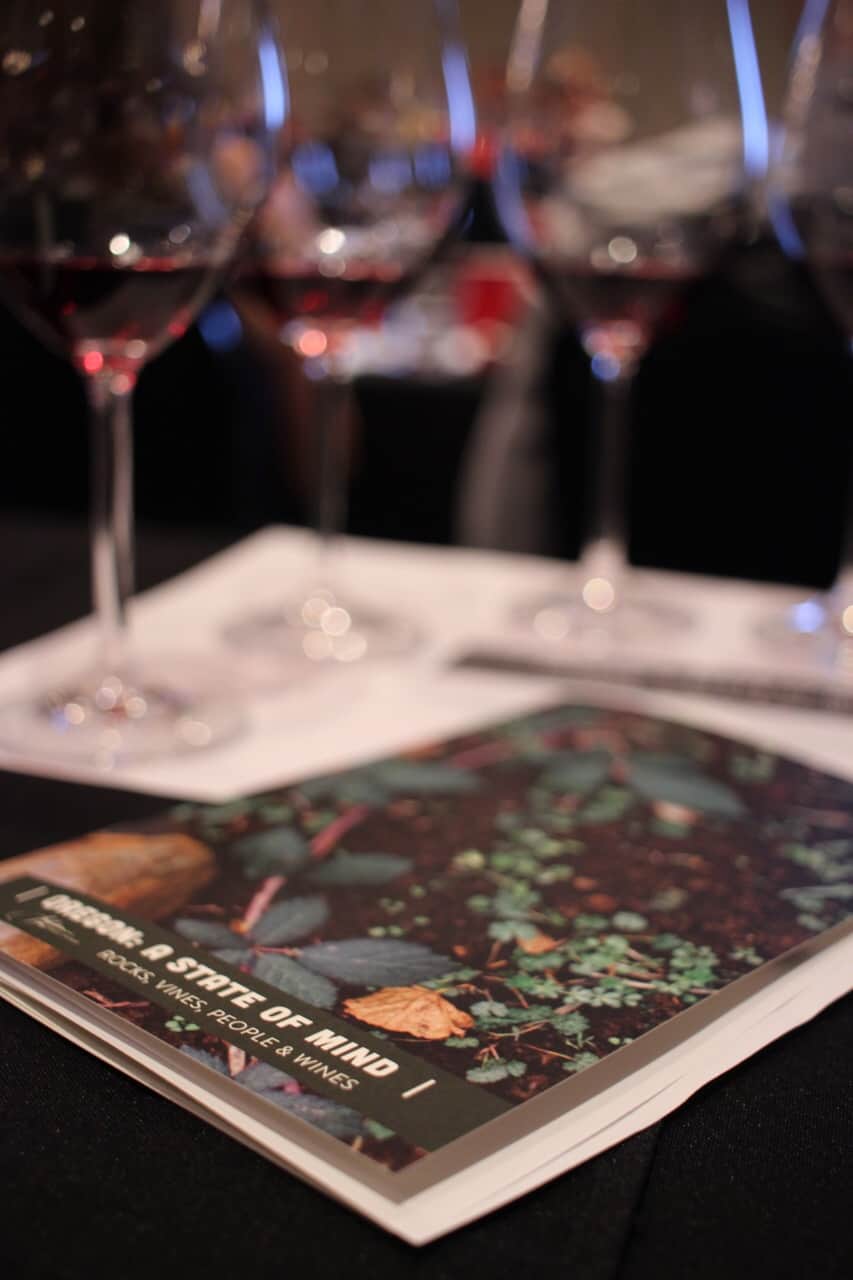 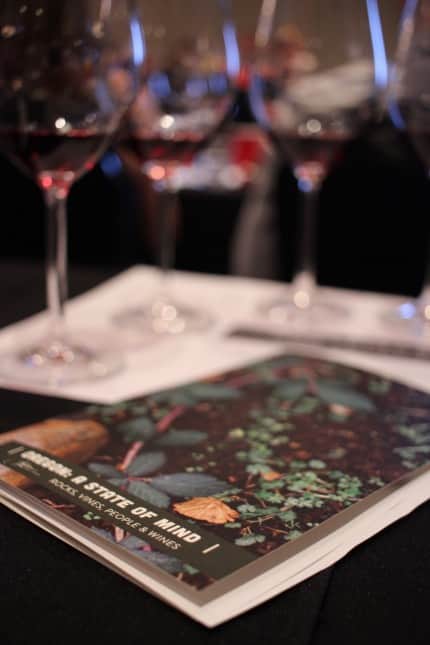 Jackson Family Wines came through Dallas this month with its Oregon:  A State of Mind – The Rocks, the People and the Vines tour.  The event featured Gilian Handelman, a wine educator and moderator, as well as Winemakers Eugenia Keegan from Gran Moraine; Erik Kramer from WillaKenzie Estate; Craig McAllister from La Crema Winery; Lynn Penner-Ash from Penner-Ash; Tony Rynders from Zena Crown and Ryan Zepaltas from Siduri as well as Julia Jackson, a proprietor of Jackson Family Wines. 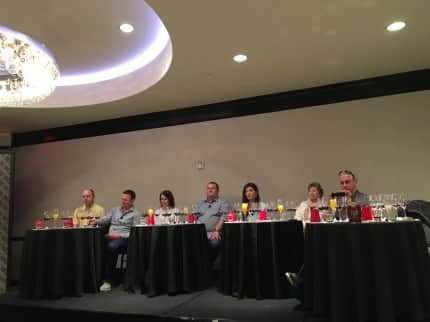 For the multitude of folks that filled my social feeds when Jackson Family Wines announced its aggressive push of acquiring Oregon wineries, take heed that in the words of the Talking Heads Once in a Lifetime Song, “things are the same as it ever was.”  One of my favorite quotes during that time was a friend who said, “I feel like Jackson Family came to my house, peered into my cellar and acquired every boutique Oregon Pinot Noir that I have stored.”  However, like many larger company acquisitions where these become part of a bigger portfolio and cost cutting and consolidation occur, this does not seem to be the case.  Julia talked about the autonomy the wineries have and how they speak for themselves, but they now have the deeper pockets of Jackson Family.

The diversity of the winemakers was as evident as the diverse Oregon terroir. You had old school pioneers who saw the vision of Oregon years ago to those who came from places like Napa because they wanted the camaraderie and spirit of helping grow the region, working closely with other winemakers and making the best wine possible that reflects a sense of place. 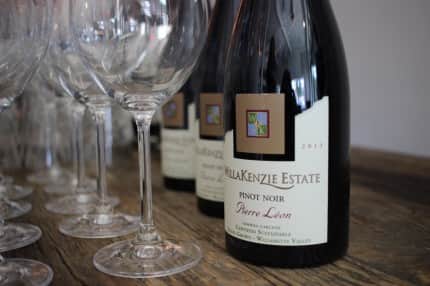 Just hearing the winemakers talk, it is evident that they thrive on the dirt and its characteristics.  Gillian Handelman said, “that this panel is not afraid to lick a rock or two…”  And she wasn’t kidding.  Oregon wine country is formed by a few influences — the ocean that once covered the region which is now considered the Coastal Range, the volcano that erupted and formed the Cascade Mountains and the aftermath of the Missoula Floods that occurred around the last ice age.  Approximately 75 percent of the grapes are in Willamette (it’s said like dammit) Valley. 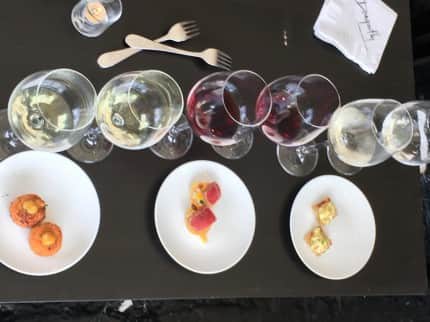 The winemakers talked about the vintage-to-vintage variations and the farmer first “all in” mentality that exists in Oregon.  I loved Lynn Penner Ash’s encapsulation of being a winemaker in Oregon, “I do it all.  I make wine, I fix the toilet.  It’s the reality of making wine in Oregon.” These are the folks that don’t just attend winemaker dinners and press the flesh.  These guys roll up their sleeves and do the work.

Naturally Pinot Noir was a focus of the conversation as that is such a focus of Oregon Wines – and the discussion was about place and restraint in letting the grapes express themselves naturally.  Erik Kramer from WillaKenzie Estate summed it up – “When I first had an Oregon Strawberry, that taught me what fresh strawberries should taste like.  I’ve carried that through in my winemaking.”  Of course, there was a “Send in the Clones” discussion since there has been such an evolution in climate, clones and the evolution of wines being produced today vs 30 years ago.  Eugenia Keegan from Gran Moraine underscored that the site is imperatively more important than the clones.  Tony Rynders from Zena Crown jokingly mentioned that the only thing separating terror from terroir is an “i.” 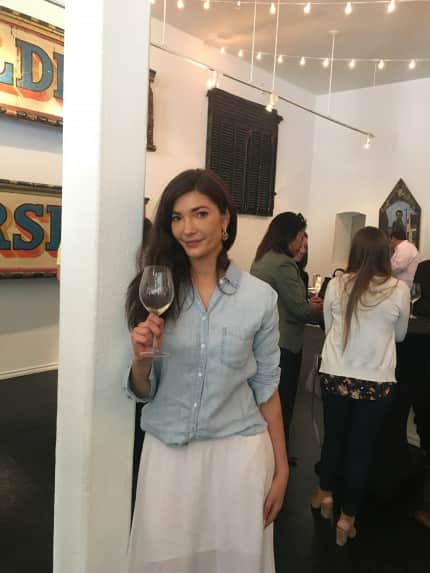 Julia talked about how her dad, Jess, talked about how mountains, hillsides, benches and ridges were the key to making great wines and this holds true in Oregon.  We also had a chance to sample through the wines from the different AVAs – Dundee Hills, Yamhill-Carlton, Eola-Amity Hills and the Chehalem Mountains areas.  The diversity of the wines was pronounced and it was clear the terroir, the AVA and the winemaking style played a big role.

I also had a chance to spend some one-on-one time after the tasting with Julia and she talked about the influence her mom, Barbara Banke, today’s Chairman of Jackson Family Wine, had on her.  The theme of male domination in the wine industry is still alive and well, but Barbara has always marched to her own beat, investing in Oregon and other countries outside of the US like Chile, South Africa, France, Italy and Australia while breaking stereotypes along the way.

Julia said, “Our families mission is to invest in quality.  We are privately held and have no shareholders.”  Jackson Family Wines owns 44 wineries and produces a total of five million cases.  But the important thing to note is that this is a family that immerses itself in the wine business.  There are not figureheads and task masters.  When a winery enters the Jackson Family, it truly becomes an extension of that family.  And, that is why I must address my friends who feel any trepidation that the wines in their cellars are going to change.  That will only happen if the winemakers in charge choose to make that decision or nature charts a new course.