Say you had one secret family recipe over 100 years old that was never actually written down, but you wanted to recreate it to honor a family member who started your business five generations ago.  Add to that the complexity of the recipe containing ingredients from nine different sources – many that don’t exist today in the original format – and you have the daunting challenge of trying to create William Grant’s original scotch blend. 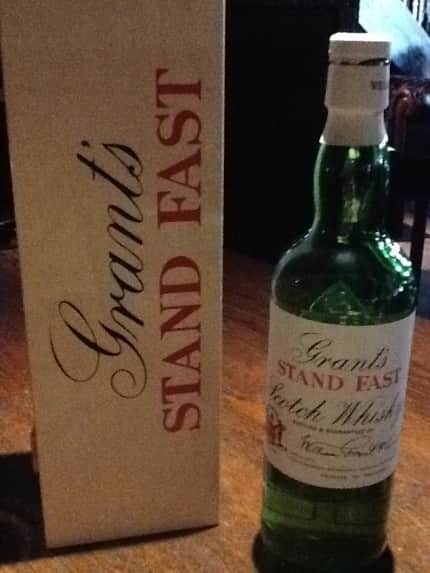 But Brian Kisman, Grant’s sixth master blender in 100 years, decided to do just that.  It took him eight years relying only on this nose and he blended almost 30 different whiskies trying to recreate what he thought this master recipe should taste like.  The property had an old cottage which served as a storage unit of sorts until the family hired its first archivist in 2009.  And, this archivist found a book from 1912 that contained a recipe.  Surprisingly enough his blend vs. what Grant originally used was very close.

Grant, originally born in 1929 Dufftown in the Scottish highlands, a town of 1,600 people and nine distilleries, saw opportunity in the late 1800’s with a malt whiskey blend of malt and grain whiskey.  You still know the prevalent names that dominated the market back then – Johnny Walker, Glenfiddich, Patterson and Haig.   The Grant name, which was named after the family’s battle cry “Stand Fast,” graced the bottle for five generations.  Grant whiskey hit the U.S. in 1905, when John Grant brought it stateside, and sells an average of two bottles per second or around 1.5 million bottles per year.  In 1956, Grant hired a designer, who interestingly enough designed the London Tube, to come up with the innovative triangular bottle still used today.

Grants is blended with two types of whiskeys – malt and grain, which is a blend of barley and wheat (sometimes including maize) using batch processes in pot stills.  The family uses five different distilleries to come up with one master blend from the casks.

I tried the regular Grants blend, which was sweet, rich and had notes of honey, toffee, vanilla and an almost fruity flavor.   Then we opened one of only two existing bottles in the United States of Grant’s Last Stand.  Wow – it was smooth, yet peaty.  Smoky, yet floral.  Exquisite stuff.

We talked about the label then and what had to change.  Back in the late 1800s, it was just fine to talk about how you should drink Grants Last Stand under the supervision of a qualified doctor.  Medicinal purposes and all … And, because the blend contains egg whites (one per 20 liters), you must disclose that the blend contains eggs.