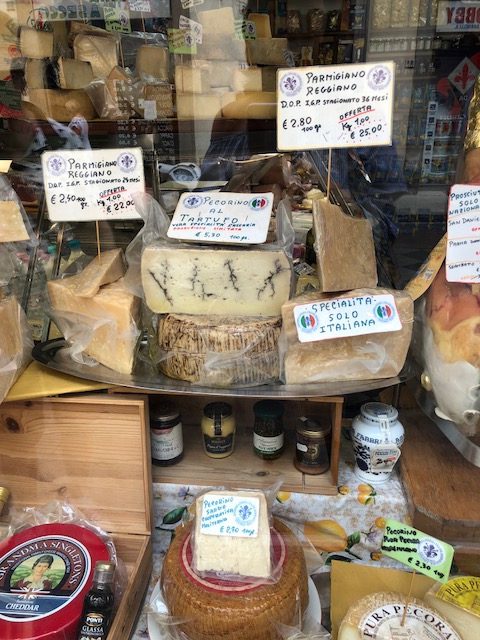 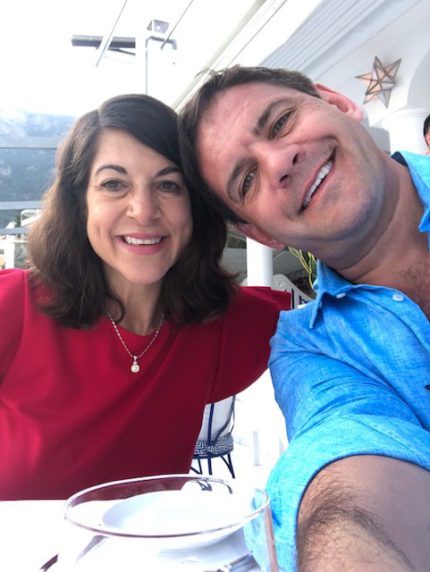 Me and My Better Half

Last month, I had the incredible fortune to spend two and a half weeks in Italy on a 24th anniversary trip with my wonderful husband.  One of our stops was in Florence where Eating Europe hosted me on one of its fabulous food tours.

Florence is known as the “cradle of the Renaissance” for its monuments, churches, and buildings. But it has an entire food culture that is known for simple ingredients and big flavors.  I’m an off-the-beaten-path person when I go on vacation.  I want to go where the locals go.  If the tourists are flocking to an area, I’ll keep moving.

When we saw a tour billed “The Other Side of Florence Food Tour,” I knew that was the one for us.  We set out on a 4-hour walking food tour through Oltrarno – the Florentine equivalent of Bohemian alter ego (think Bronx, Paris’ Left Bank or Rome’s Trastevere).

We visited eight stops and I loved how multi-generational and family owned many of these restaurants were.  This food tour takes you to the heart of locally-owned, authentic and in some cases, adventurous eating stops.  Our knowledgeable guide, Omar, clearly had a love and passion for the city and loved showing us his favorite foods and families. 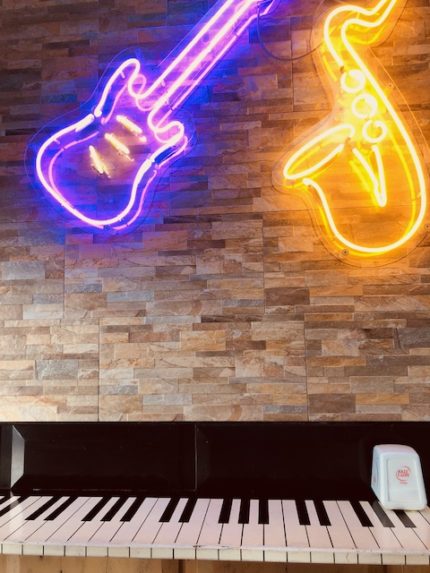 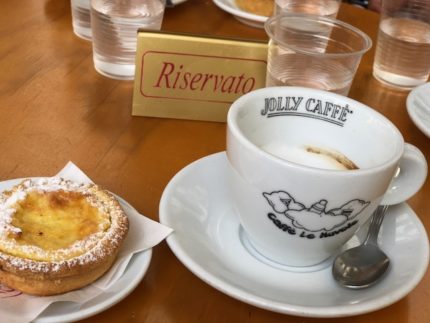 We began with a stop at Le Nuvole, a corner shop that sells coffee by day and turns into a bar by night.  The name means to daydream, to be “in the clouds” and the tributes to the musical greats made it a fun stop to eat a home-made Italian breakfast of pastries and coffee that are exclusive to Florence. 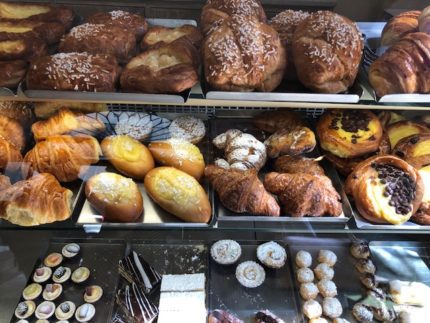 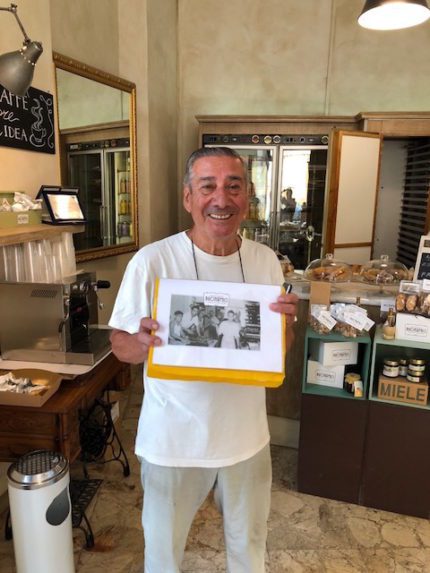 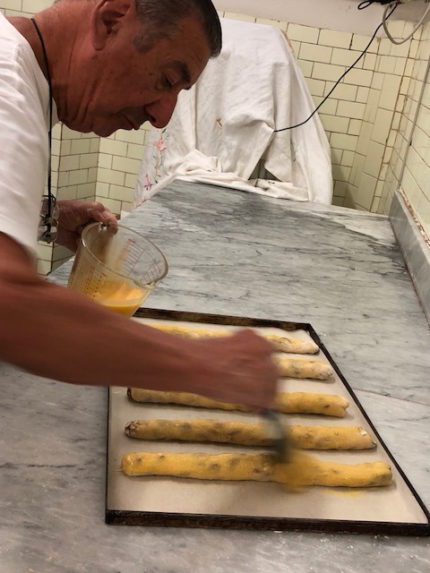 Our next stop was Pasticceria Buonamici, a family-run bakery that has been making pastries and cantucci (an unbelievable biscotti) for decades.  We were taken back in the kitchen where Robert, the family’s patriarch made a batch right in front of us.  We got to see the original family recipe book that was still splattered with ingredients from long ago.  We then got to try a fresh baked tray of the cantucci that tasted nothing like what you can get in the States. 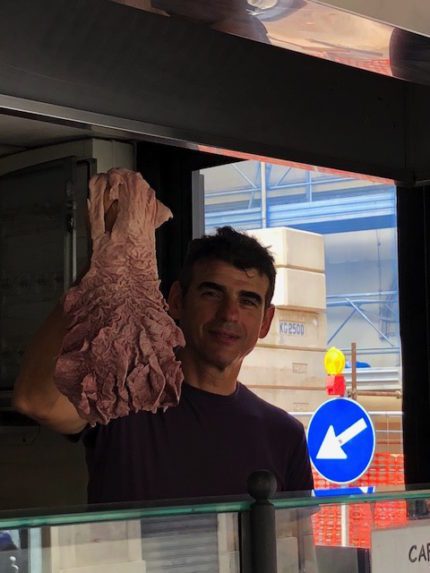 We then moved to Da Simone Lampredotto where I tried my first cow stomach sandwich. Think roast beef.  The lampredotto is put on soft bread and salsa verde is added along with red chili pepper oil.  Broth is added on top.  I’m not a huge meat eater, but I really enjoyed the taste and spice of this Florence culinary delight.  Proof that you should venture outside of your comfort zone! 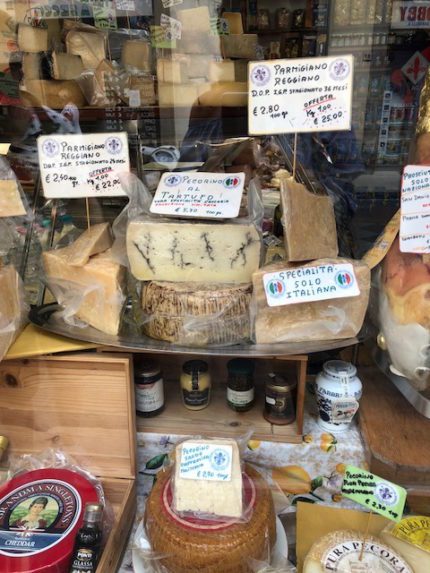 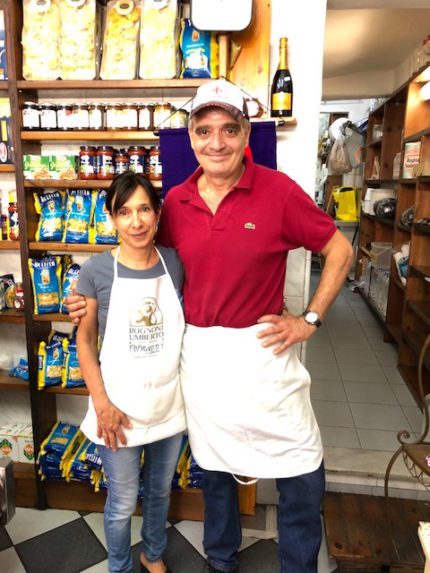 Now getting full, we moved to Alimentari Sandro & Ivana, a family-run grocery store, where the adorable couple owners offered us Finocchiona salami flavored with fennel seeds and delicious slices of truffle-infused cheese. 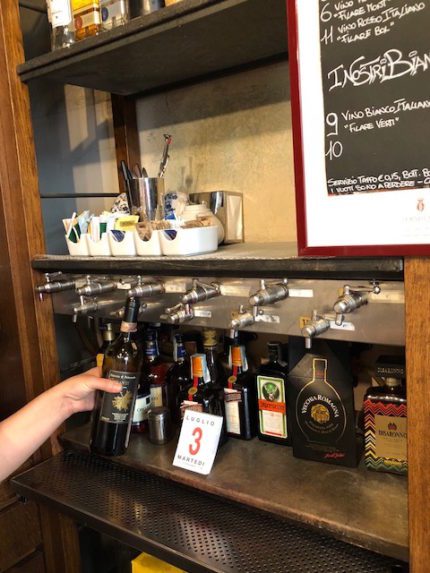 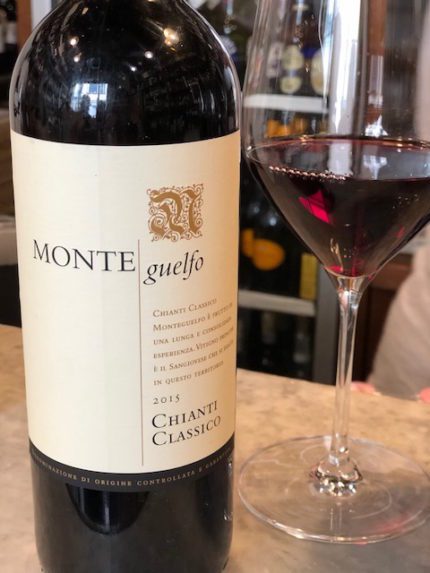 We moved to my favorite subject of wine at Fiaschetteria Fantappie, a historic bar around since 1947, which is run by the founder’s grandson.  It’s a neighbor bar that has bottles, but serves glasses of wine by the tap and served as a watering hole for decades where locals filled up jugs of wine.  We enjoyed a glass of Chianti Classico and a crostino. 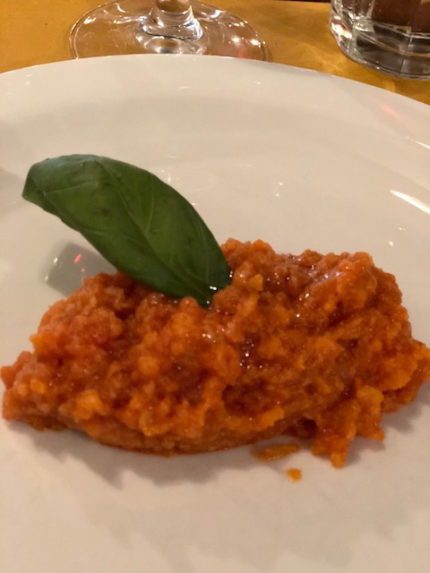 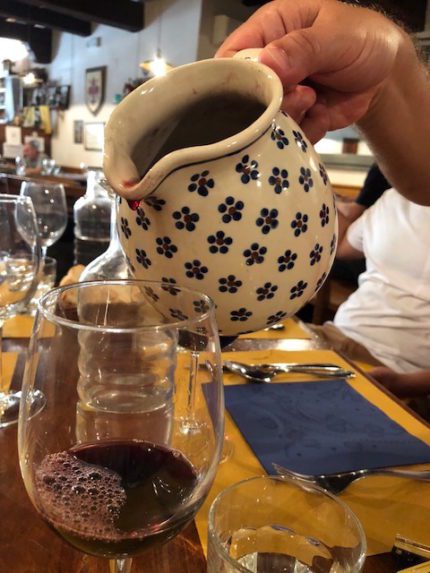 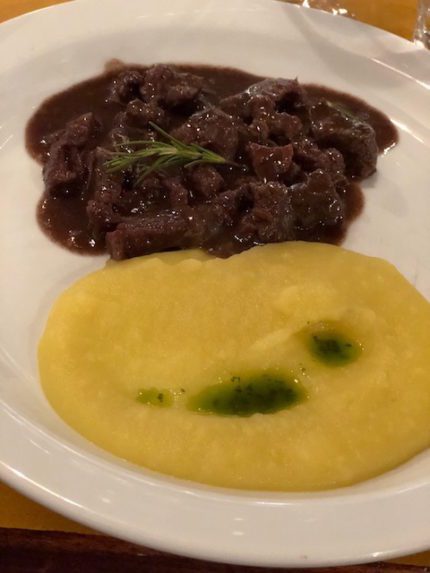 Already waddling, we found out it was officially time for our lunch stop.  We visited Trattoria I’ Raddi for two typical Tuscan dishes, Pappa al Pomodoro (tomato and bread soup) and Peposo (beef stew).  The trattoria was named after a Florentine boxer, but today is run by two managers, one who is a Calciante.  If you don’t know about Calcio Florentino, it’s a cross between rugby, MMA and wrestling that leads up to a finale that takes place on June 24, the feast of the city’s patron saint.  It takes place in Piazza Santa Croce, which becomes an arena filled with “colors” of different teams.

Fabrizo Valleri, the named Calciante, is better known as “Il Valero”, for the White team from Santo Spirito.  Omar shared video footage of the event and it reminded me of match between gang fights and soccer except no one gets out of the arena from the team until the game is over.  If you really want to see it, click here. 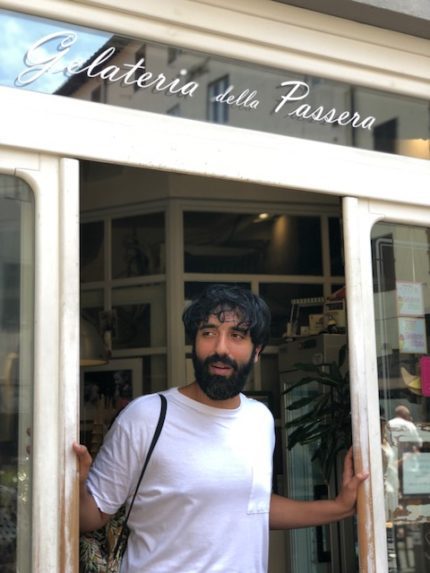 The awesome Omar, our tour guide telling us how special this gelateria place is 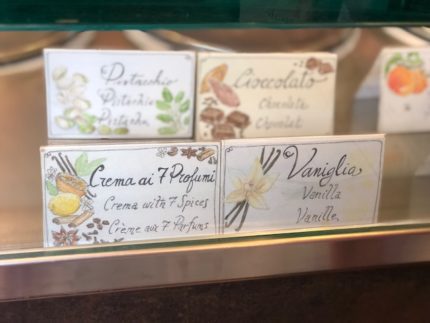 Our final stop was – for what else – gelato, at Gelateria della Passera.  Owner Cinzia Otri is known as the ice alchemist and this is not your average gelato.  Classic flavors are abundant, but think out of the box like crema with 7 spices, you will not be disappointed.

I highly recommend Eating Europe Food Tours if you are in Italy, London, Amsterdam, Paris or Prague.  This four-hour tour was €75 and you can find more information here.

2 thoughts on “Eating My Way Through Florence: A Cultural Immersion Journey into Food”