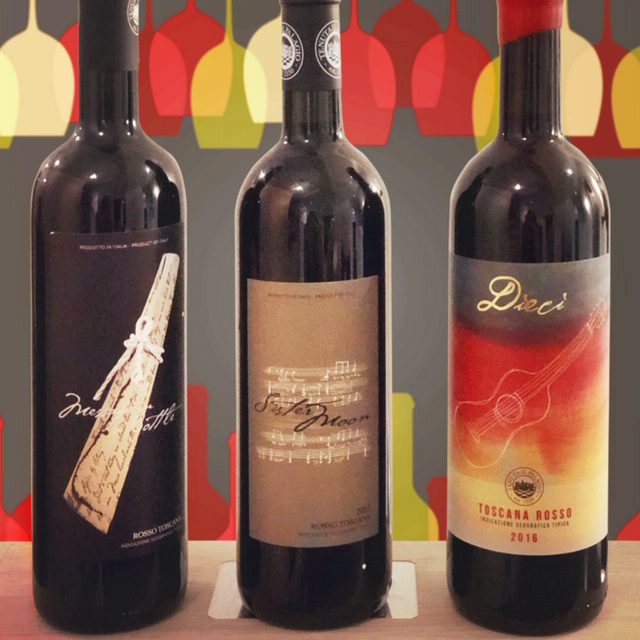 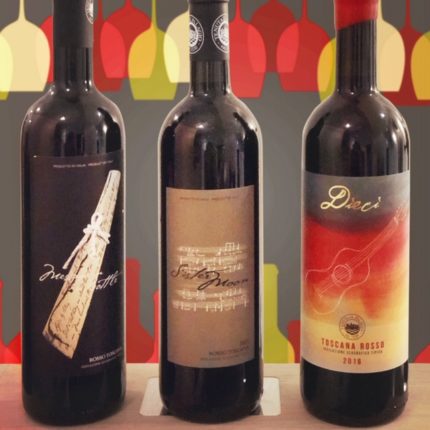 Trudie Styler and STING aren’t just another celebrity couple who make wine. After being fooled by the former owner of Tenuta Il Palagio with a glass of wine that Sting believed was from the estate but later turned out to be from Bordeaux, the couple was determined to bring the property back to its former splendor.

The Tenuta Il Palagio has always been cultivated.  In the late 17th century, the Martelli family acquired the estate.  In 1819, it was sold to the Countess Carlotta Barbolani of Montauto, the widow of the Duke of San Clemente; the property remained in the family for the next 150 years.  At the beginning of the 20th century, Duke Simone Vincenzo Velluti Zati di San Clemente completed numerous construction projects, including the building of the granary, an oil mill, and the creation of vineyards.

When Sting and Trudie came to the estate for the first time in 1997, it was in a state of deterioration.  They immediately began renovating the buildings and properties and successfully restored the estate to the splendor and beauty of its glorious former time. 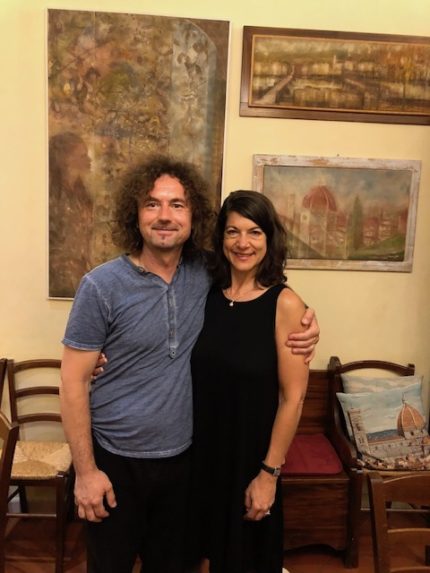 Tony Sasa and me at Enoteca Pontevecchio

This Summer, I celebrated my 24th wedding anniversary in Italy and had the opportunity to meet Tony Sasa, the owner of Enoteca Pontevecchio in Florence, who works with Trudie and STING to import their wines to the Americas.  Tony let me know the last time that I reviewed the wines from Il Palagio, made by STING and Trudie Styler, I made a mistake and inadvertently downplayed her accomplishment to the winery.

While both are involved in the business, Trudie is heavily involved in production, distribution, marketing and meetings with the wine team along with ideas and bi-weekly phone meetings with their wine team.  They hired Alan York, a well-known biodynamic consultant, Paolo Caciorgna, a highly-regarded oenologist, and Paolo Rossi, the estate manager, to oversee production of the estate.

“A wine is like a song – it has to tell a story. This is why I named my wines after my biggest hits”, said STING. 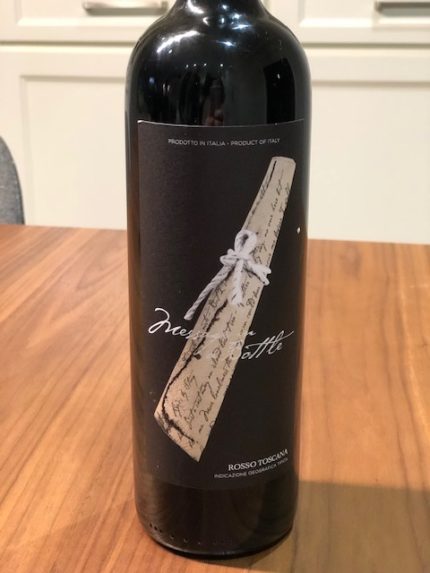 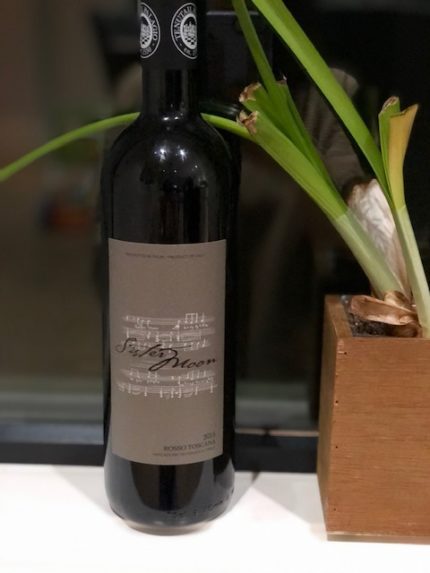 At the moment, Il Palagio produces a white, a rosé, and four red blends, including one Chianti DOCG.  It is evident these wines are meant to be legacy wines, and I’m excited to see what comes out of the winery over the next ten years.