Recently, I was invited by the producers of the San Juan Province in Argentina to try the wines of approximately 20 of their producers.  The event, which was hosted by the Federal Investment Council of the Argentine Government (CFI) and held at the Intercontinental Hotel, focused on wines produced in the second largest region for wine production in South America.  The mountainous region is known for fertile ground and diverse soils.

It struck me that every winemaker I had the chance to converse with talked about the terroir doing most of the work due to its diversity, how the wines expressed nature and how the wines are priced to gain visibility and acceptance in the U.S. market.  The producers who attended were currently not imported to Dallas – hence the purpose of the tour.  I didn’t get to try the wines of every attendee, but I was really impressed by the quality of those that I did try.  I’ll highlight some of my favorites. 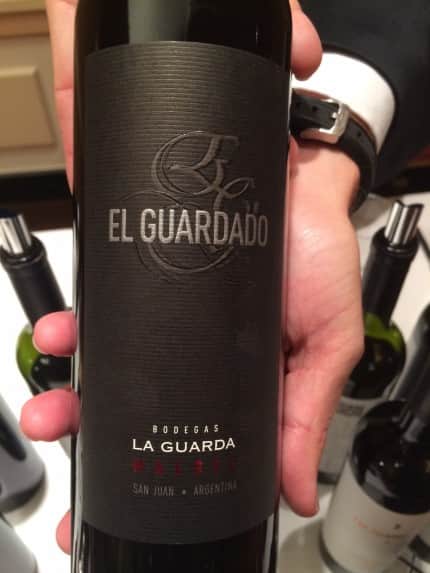 Very hopeful that these wines will find the distribution channels they need in Dallas so you can taste them too.  Otherwise, this large group of wine lovers will need to share the one bottle of Finca Sierras Azules and that would never be enough once you’ve tried it.