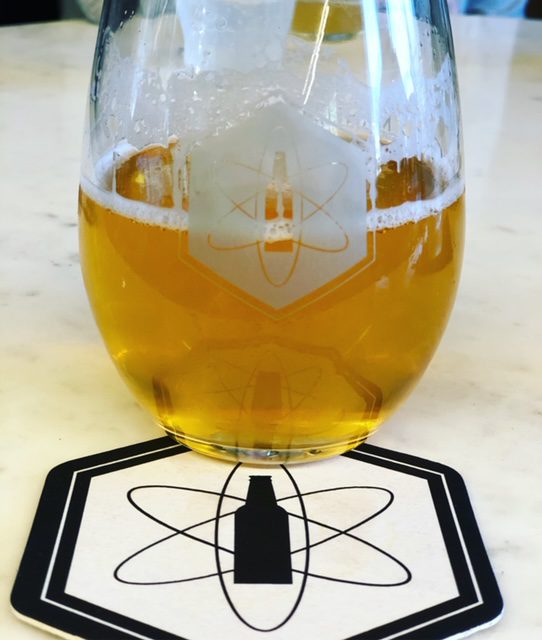 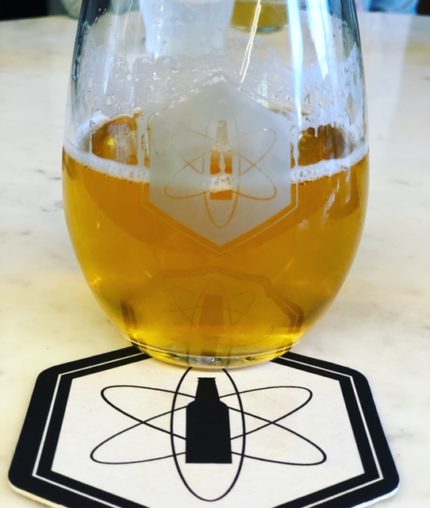 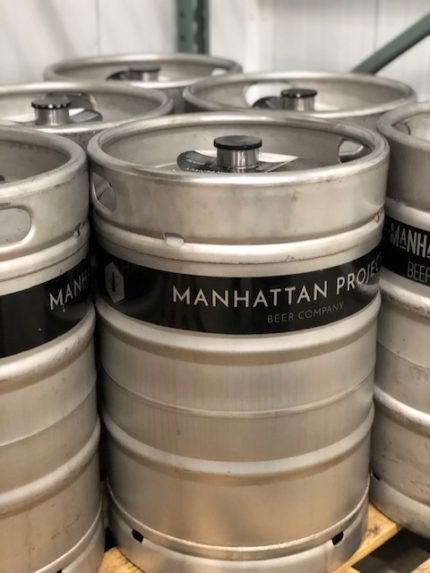 When I moved to my neighborhood, I met Brewer and Co-Owner Jeremy Brodt of Manhattan Project Beer Company and watched him build his company.  In that time, Manhattan Project has become our house beer.  So when his facility opened and I knew you guys had a chance to visit, I was so excited to tell his story.

He started brewing beer about 14 years ago with his cousin.  He ordered a kit and it promptly sat on a shelf for nine months before he used it.  He realized he enjoyed it, became a home brewer and did a few batches a year. 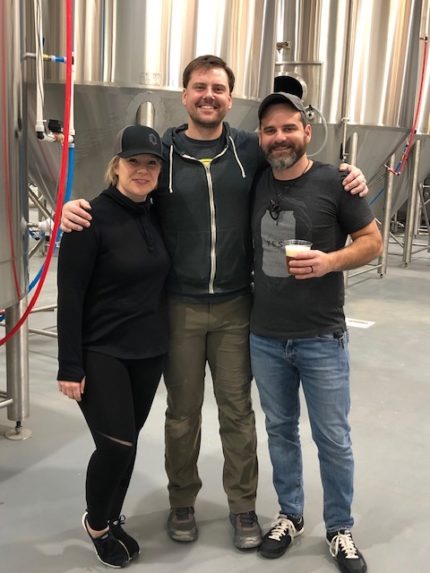 Karl and Misty Sanford and Jeremy (along with Jeremy’s wife, Gia) came together eight years ago over a love of craft beer and took annual craft beercations.   It was during one of those vacations that they brainstormed starting a company and the name of their future business.  The Manhattan Project name was a nod to their creative, collaborative, experimental and scientific approach to beer making.

The passion continued and the group came together to design a beer for Karl and Misty Sanford’s wedding.  It was a great tribute to the type of beer that they loved and meant to celebrate a special day.   It was during the eight months of collaboration that the team realized it was time to build a business plan and this could be successful.

The team talked candidly about the different ways they initially approached funding the business and the difficulties of getting a bank to lend money to a business without current assets, a dream and a business plan.  And, did I mention that they were still gainfully employed, so a need for a salary was necessary?  So, they decided to do it themselves and leased space from established brewers that had facilities first.

From the beginning, the project was a success. Manhattan Project entered its first competitive festival, the Brew Riot, in May of 2013, taking first place in American IPA with a light, crisp IPA called Hoppenheimer.  It was a blind test and showed what the brewery had to offer.  They got serious about looking for properties and found the current location near Trinity Groves in 2017.  Construction began in 2019, and on November 15 of 2019, the 10,000-square-foot location opened.  Now Jeremy and Karl work there full-time and Misty runs marketing and sales in addition to some additional consulting work. 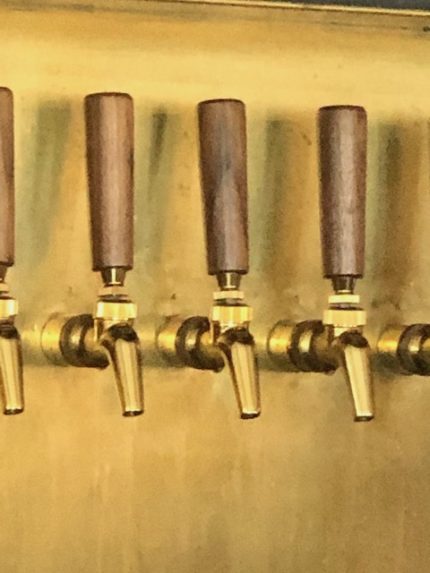 This year will be a new ballgame.  The Manhattan Project will have the capacity for 20,000 barrels a year.  They are starting at 8,000 today.  When I toured the facility, it’s all-in-one from the brewery to the taproom to the cannery.  It can all be done here. 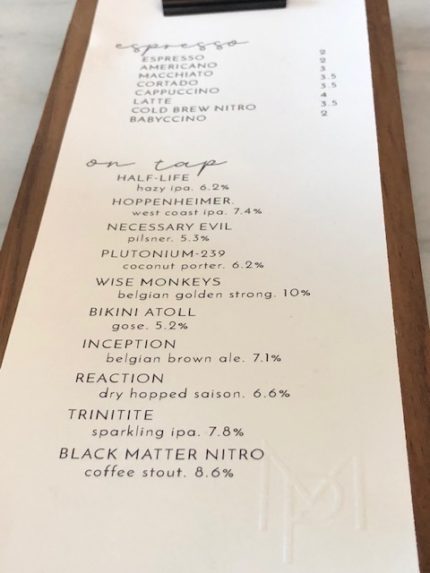 I tried several beers that Karl told me were geared for a wine lover.  I enjoyed them, but I’ll let you make your own choices.  Get a flight for $11 or a single pour for $3.  They also have a full coffee bar.

They have hired a serious chef, Jared Conoley, who comes from Beverley’s, Mot Hot Bai, The Joule, FT33 and Oak in Dallas.  Expect a serious menu that he’s in process of planning that will be matched to the beers.

But one thing remains the same.  As Karl said, “One thing that is consistent in the beer business is that it’s a roller coaster – full of sharp turns, hills and other twists.”