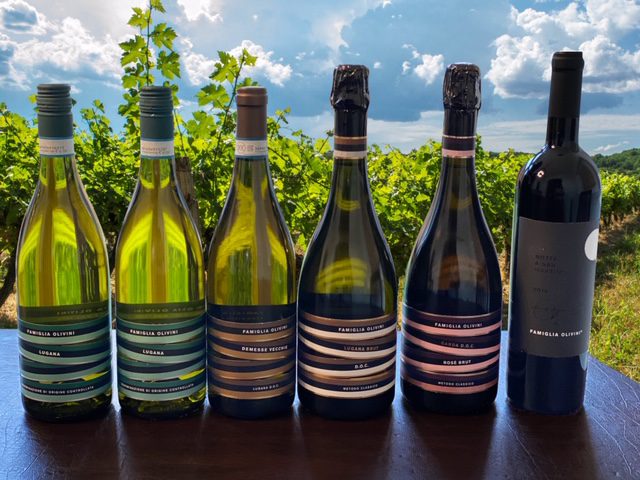 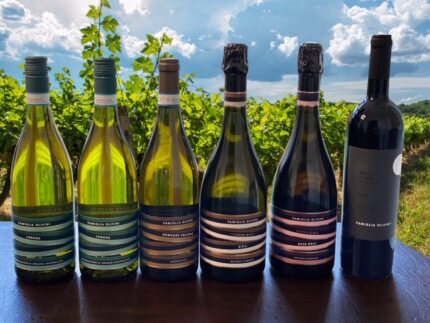 This Summer, I discovered the region of Lugana, one of Italy’s best kept secrets. This seven mile wide area makes some of the country’s most elegant and nuanced white wines. As I learned more about the region, I realized I only scratched the surface and made the comment I hoped to try more from the region. Immediately, Roger Bissell from Roger Bissell and the Famiglia Olivini Winery decided to change that for me.

Viola! Six bottles came to my door from Italy with an assortment of Lugana wines including two Spumantes with labels almost as pretty as the contents inside.

A quick Lugana refresher — the area is better known for Lake Garda, the largest lake in Italy, lined with towns and offering activities like boat rides, beaches, Roman ruins, swimming, golf and trails. But wine should not be an aside. This DOC was introduced in 1963 and is a spectacular find of mineral-driven, elegant and flavorful wines thriving in different micro-climates that go well with food and offer amazing values. 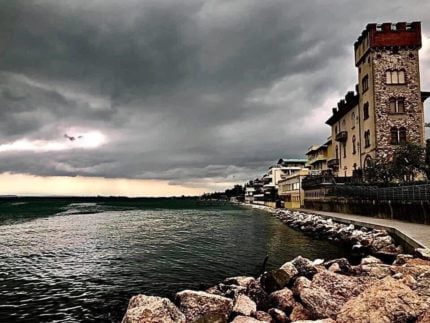 The white wines are made from the Turbiana grape, which is native to Italy, grown near the lake and also known as Trebbiano di Lugana. The region borders Veneto and Lombardy and covers five towns: Peschiera del Garda in Veneto, and Desenzano, Sirmione, Pozzolengo and Lonato in Lombardy. There are more than 120 members of the Consorzio Tutela Lugana DOC who offer five Turbiana styles: Vintage, Superiore (aged a year), Riserva (aged two years), Spumante and Late Harvest.  Here’s a link to more about my first experience with the region on the Wine Studio educational program.

Let’s talk about the Famiglia Olivini family who has been dedicated to showcasing Lugana since 1970 when Giorgio, Giordana and Giovanni decided to follow in their grandparents’ footsteps.  The family has worked to elevate the Lugana region by selecting the top vines from the oldest vineyards. On their website, they talk about the importance of giving a personal interpretation of the cultural and viticultural heritage in their wines with minimal intervention from vineyard to glass. There is a dedication to bringing out the best of the history of the grape varieties, but continuing to innovate is the family’s hallmark.

The Famiglia Olivini vineyard is located in San Martino della Battaglia, Municipality of Desenzano, between the cities of Verona and Brescia. The cellar, rebuilt in 2019, is a reinterpretation of the main farmhouse, which has dominated the Demesse Vecchie estate for almost 300 years. 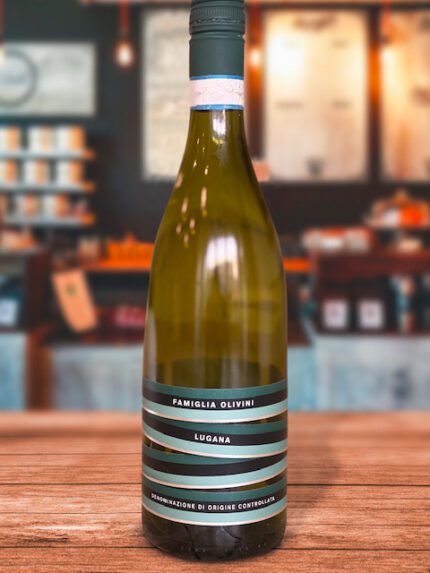 2019 Famiglia Olivini Lugana — this was similar to the wines that I tried before with notes of flowers, almond and citrus with a nice minerality and freshness. Easy drinking and delicious. 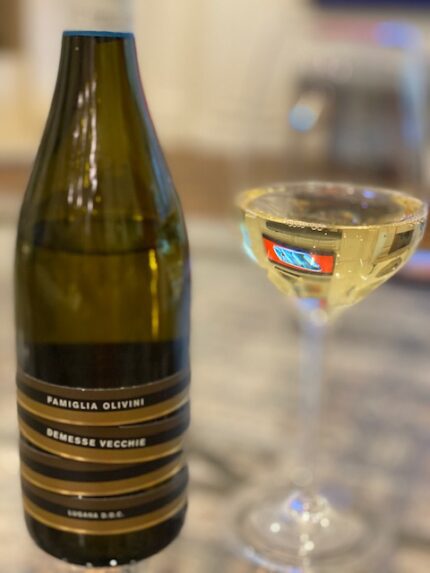 2018 Famiglia Olivini Demesse Vecchie (Reserva) – you could taste the layers and complexity of the Riserva wine. Notes of orange peel, stone fruit, almonds, vanilla, honeysuckle and dried apricot. It had a great balance of fruit and minerality.

NV Famiglia Olivini Lugana Brut – made 100 percent from the Trebbiano grape, this sparkling wine had notes of fresh brioche, almonds, tropical fruit and stone fruit. There is a reason why this wine is voted one of the best local wines of Italy.

NV Famiglia Olivini Lugana Rose Brut – this wine is made from the Groppello variety blended with Barbera Marzemino and Sangiovese. I tasted notes of cherry, flowers, peach marmalade and it had a nice creaminess to it.

2016 Famiglia Olivini ‘Notte a San Martino’ Rosso Benaco Bresciano IGT – this Merlot from the Benaco Bresciano region near Lombardy was a complex wine with notes of coffee, black and blue fruit, herbs and spice. It is made in an Amarone-style method.  Over the two days we had it opened, it changed considerably in its evolution and was fun to try to decipher.

It is clear that the Olivini Family’s tradition of bringing history and innovation together is of chief importance to the family. It’s a marriage of generations of tradition and commitment to the Lugana region. It’s also an understanding that you have to try new things to move the winery and region forward to elevate its position on the world wine stage.