Dallas, Texas. I live in a city that has a “to do” list that focuses around eating, drinking and shopping. We don’t have a beach, we don’t have mountains and the heat usually prohibits much in the way of outdoor activity in the Summer. But, we do eat well enough to be named the winner of the “City with the Most Restaurants per Capita.” With so many restaurants, we have very high hopes for our new openings and it is the norm for beautiful people to swarm to the latest “red hot” place only to abandon it for the next opening. I know that I personally won’t stand for substandard service or food because in Dallas we don’t have to do so. When I received two invitations for new restaurant openings the same week from two of Dallas’ celebrity chefs, I was hoping for some places with staying power.

Happily, both of these restaurants are filling much needed niches in our community. The first one has potential to become a stomping ground for me. The Commissary is former Mansion Chef John Tesar’s new eatery that focuses on high quality food without pretension – meaning food that you can graze on like oysters, burgers, grilled cheese and other offerings made with local, sustainable ingredients. It’s located in the former Dali Wine Bar in One Arts Plaza. 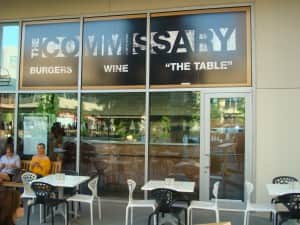 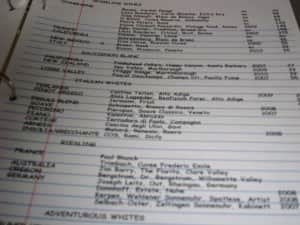 Tesar’s food is great, but it was the wine/cocktail program that got me really excited. Headed by Scott Barber, sommelier at Centennial Fine Wine and Spirits, along with Sommelier Shannon Silver, the list is my style – off the beaten path, affordable and every wine is on the list for a reason. You know that I love trying new wines, grapes and regions – and this list has it all. The best thing is the mark up is only two times the wholesale price making many wines affordable and allowing the consumer to take a chance. Throw in the homemade sangria and sherry cocktails along with the vermouth tasting flights, and this will be a place that will challenge consumers to go beyond their wine and cocktail comfort zone. The great food, knowledgeable staff and the super cool patio leads me to believe I’ve found my Spring hangout.

The second restaurant is the Marquee Bar & Grill, which is a restaurant headed up by one of Dallas’ top chefs who I consider a friend. Tre Wilcox, a former Top Chef contender, is at the helm of this New American restaurant with Asian influences. I’d tell you more, but I never actually saw a menu. I just trust Tre that his food will be good.

I also loved seeing former Abacus Manager Jeff Yerger running the show. This man is amazing.  I still have no idea how he discovered when I was in the hospital having my daughter and was the first to send me flowers on behalf of the restaurant he was managing at the time. The restaurant itself is really cool – they kept the historical 1930’s art deco look and the marquee, which now serves as a balcony off of the second story bar area. It will definitely draw the Highland Park crowd and it’s nice to see a new restaurant open in Highland Park Village. 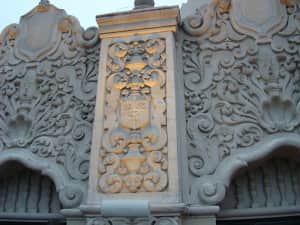 Jason Kosmas, the well known mixologist and cocktail expert, is in charge of the wine and cocktail program. I didn’t get a chance to see the wine list yet, but Jason and I are slated to sit down in the next few weeks. 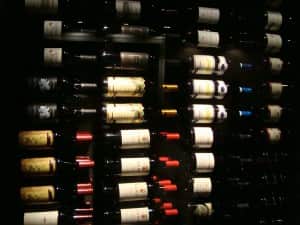 Both places are now open for business. I had a return visit to the Commissary last night and it exceeded my expectations.  Insiders tip: ask Shannon for the Sancerre and tuna tostada combination.  You can thank me later.  I’m looking forward to experiencing two restaurants that I believe have some staying power in a town with very high expectations.