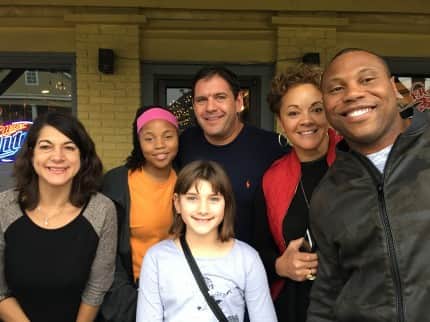 The Ofenloch and Stewart Families (thank you, Ed….)

This story involves wine, amazing food, dear friends, family, unrestricted access and a team that I love.  The backdrop of the story is in New Orleans – yes, the Big Easy – and the focus was Auburn University (my alma mater) playing The University of Oklahoma in the Sugar Bowl.  It was also a time to teach my 11-year-old daughter about winning and losing, being appreciative, enjoying the New Orleans experience and food (and yes, off of Bourbon Street, she’s 11….) and trying to instill in her that this was indeed a life experience and not how her parents experienced football in college. 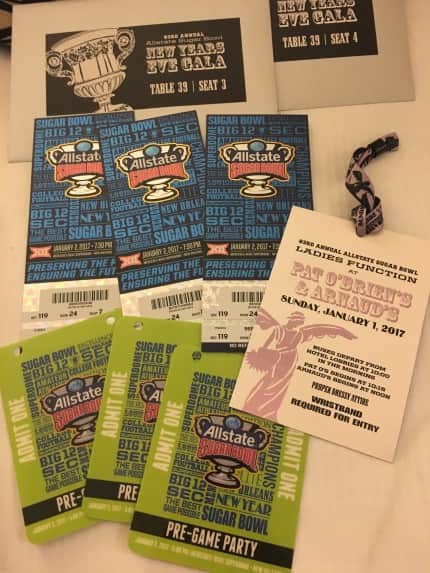 We met two sets of good friends at the airport in Dallas.  One has an executive role with the Big 12 and he was the genie that granted access that would make a rock star jealous.  The others were our new neighbors who are very active and avid OU fans.  We pretty much were the only Auburn people on the plane and after the fifth round of “Boomer Sooner,” I had to let out a loud War Eagle.  Proud parent moment with my kiddo when she stood up and did it even louder.  It was one of those agree to disagree moments with our friends, but Morgan’s fearlessness made us all proud. 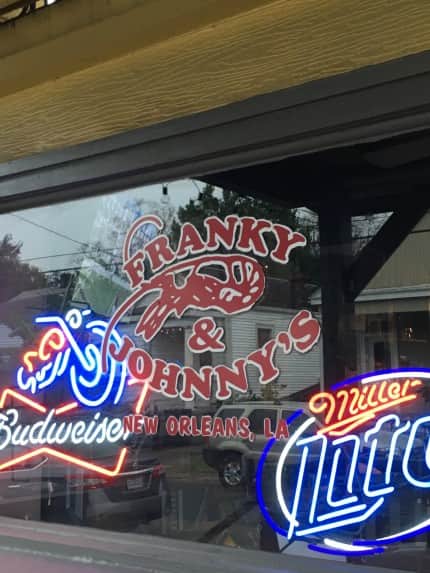 We arrived on New Year’s Eve and promptly went to Frankie and Johnny’s for a late lunch.  There the gluttony began as we sampled most of what the restaurant offers along with rounds of gin and tonics.  The food was great! 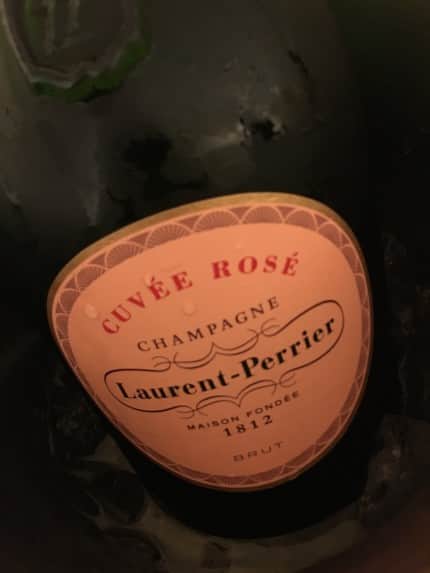 That took us through to the big gala party on New Year’s Eve, where we opened a bottle of the Laurent-Perrier Cuvee Rose Champagne, which is billed as the most recognized rosé champagne in the world, as our pre-celebration.  This is such a great champagne, which is still made in the saignee method and whose bottle was inspired by King Henri IV.  It was vibrant, rich and wonderful with notes of berry, brioche, cherry and cassis.  It was absolutely the right start to bring in a new year. 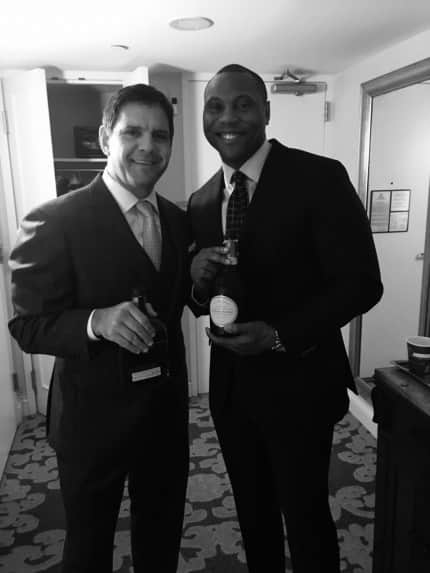 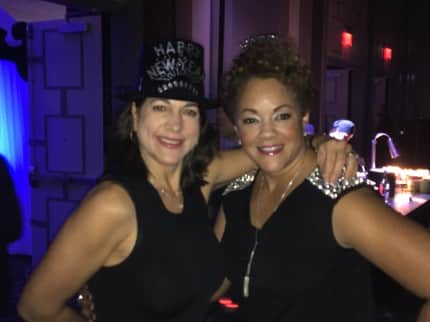 Angie and Jay Jacobs, me and John 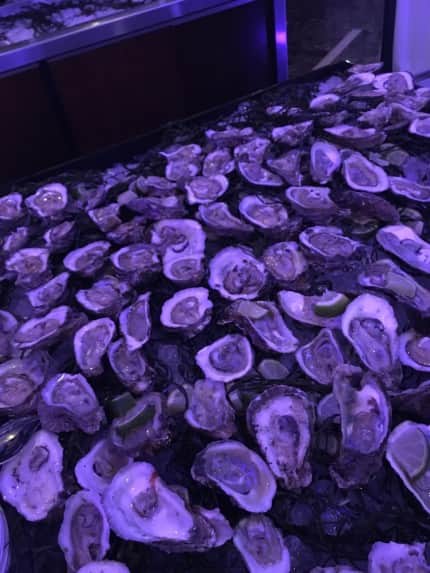 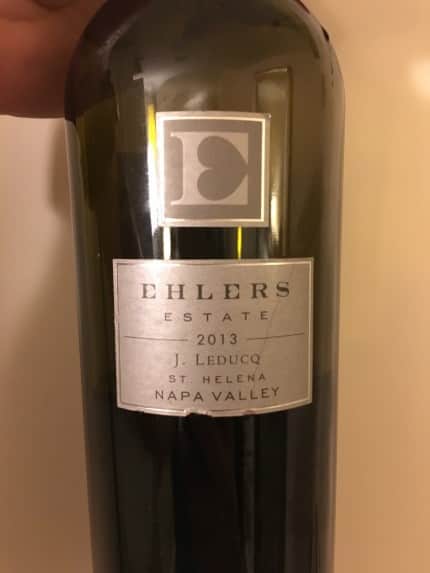 The party was amazing — it was a who’s who in the conference football world, the oysters and seafood were flowing and I was dancing my butt off (my favorite thing to do, but usually only happens once a year).  And, then we got the kiddo call around 11.  She wanted us to be back at the hotel with her when the ball dropped.  So, reluctantly, we made the good parent decision and decided that opening that bottle of 2013 Ehlers Estate J Leducq would ease the pain.  We complied and continued to drink wine back in the room.  This is a wine blog, what else did you expect?

Janice and Melanie, Big 12 Women That Make Things Happen, Amy and me

Let’s Just Say There is a Reason I Outsource Crafts 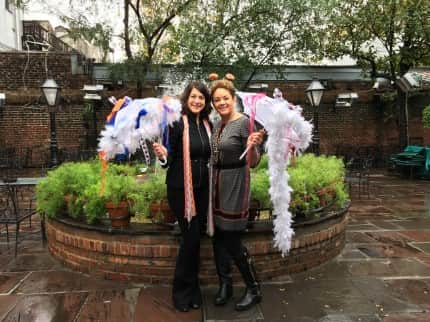 The next morning, January 1st, I had the chance to be a part of the ladies Sugar Bowl event, where we met at Pat O’Briens, decorated our umbrellas and marched down Bourbon Street to a private lunch at Arnaud’s.  I had to clandestinely hide my Auburn paraphernalia as I decorated with the Big 12 folks, but they were incredibly gracious and made me feel right at home.  We went to an Auburn party later that afternoon where I got to see some of my dearest college friends (naturally I forgot to take pictures) and their families and later met up with John’s family for dinner.

The next day we received a surprise text from Auburn.  In the spirit of full disclosure, I am on the PR Advisory Council for the School and work very closely with Athletic Director, Jay Jacobs and his very talented marketing/communications team.  “Good morning. I would like for you to sit in the suite with my family.  Would you like to do that?”  I was in the gym and tried to refrain from jumping up in down with 12 pound weights in my hands.  Of course, we immediately jumped on the opportunity. 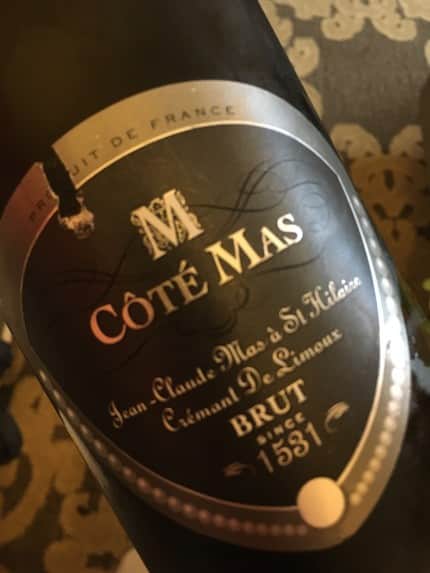 Since we went to the gym, we opened a bottle of the Côté Mas St. Hilarie Crémant de Limoux NV Brut, for our walk to Peche because we were in a celebratory mode.  It was a great under $15 sparkling with notes of green apple, toast and citrus.  Very drinkable, very affordable.  Definitely something a divided table of Auburn and OU fans could agree upon.  That may have been my favorite meal in New Orleans.

Ashley, one of my dear college friends, and me 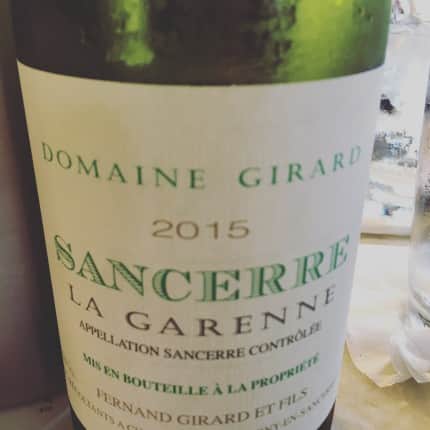 It was important to pay the suite generosity forward, so I sent out a text to some friends asking if anyone could use our tickets.  A great friend responded that she really could use them so I had the chance to run into her as well while we had an amazing lunch at Pesce.  The oysters and 2015 Domain Girard Sancerre pairing will run through my dreams for a long time. 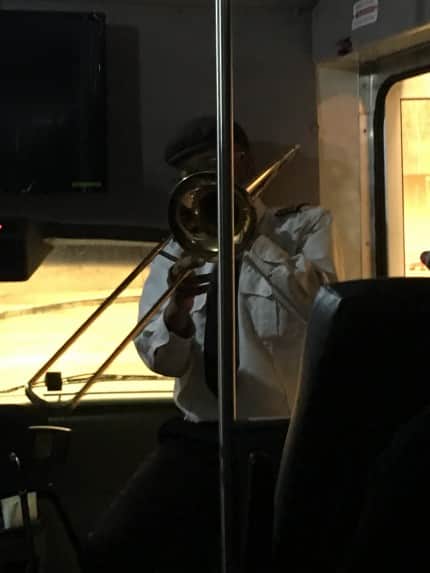 Our Super Talented Bus Driver Breaks It Down While We Wait for Our Police Escort (seriously, did I just type that?) 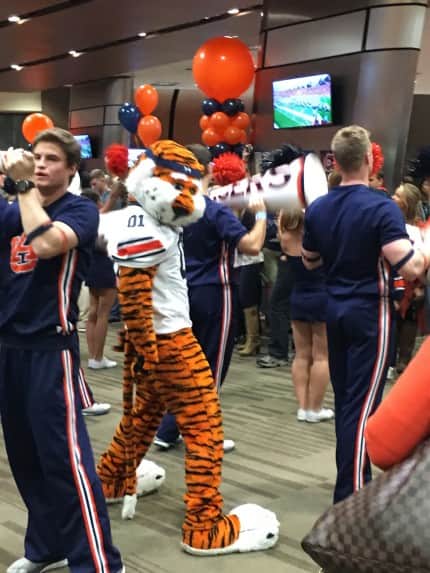 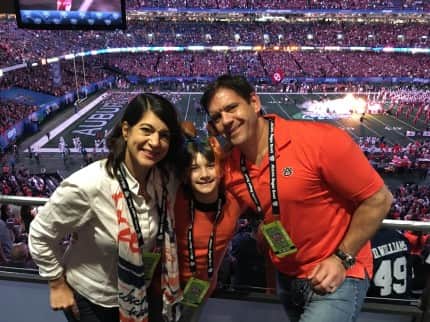 Me, the aforementioned 11 year old daughter, and John

The game was a blur.  We boarded our bus to the game with the Big 12 folks where we were serenated by our very talented bus driver while we waited for our police escort, which was late.  We then went to the Auburn side of the pre-game party and ran into some old friends along the way.  The suite was amazing and it was fun to see my kiddo get into the game and have a great time.  We were up in the first quarter and things were looking good until our quarterback broke his arm.  At that point, the game momentum shifted. 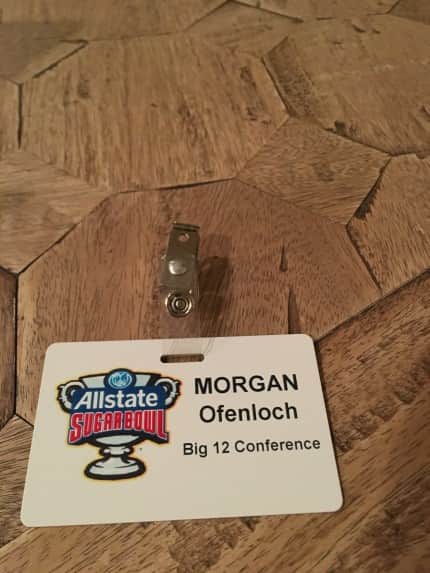 We stayed until the end, got back on the escorted bus and ended up in the Big 12/OU lounge with lots of happy fans for the other team.  They were incredibly kind, the drinks were flowing and it was an awesome lesson for our daughter on how to be a good loser.  She even had her own Big 12 badge as reinforcement, but was definitely ready with a good “War Eagle” at any time.