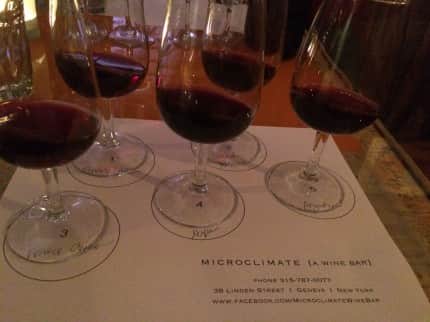 After a night of exploring the city of Geneva and finding Microclimate, one of the coolest wine bars ever with awe-inspiring “off the beaten path selections” of wine owned by another woman powerhouse, we continued our bus journey to the Anthony Road Wine Company.  We were hosted by Ann and John Martini, who have been involved in grape growing and wine making since John quit his job in 1973 to pursue his dream. 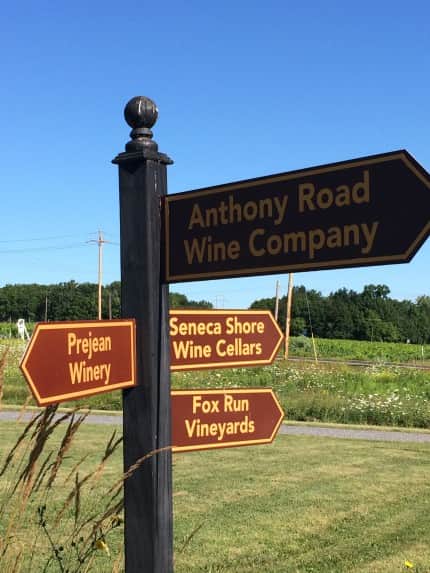 Anthony Road Wine Company is located on the west side of Seneca Lake in the Finger Lakes.  Between two vineyards, the Martini Vineyards and the Young Vineyards, the winery produces pinot noir, pinot gris, chardonnay, riesling, vignoles, cabernet franc, lemberger, gewurztraminer and merlot. 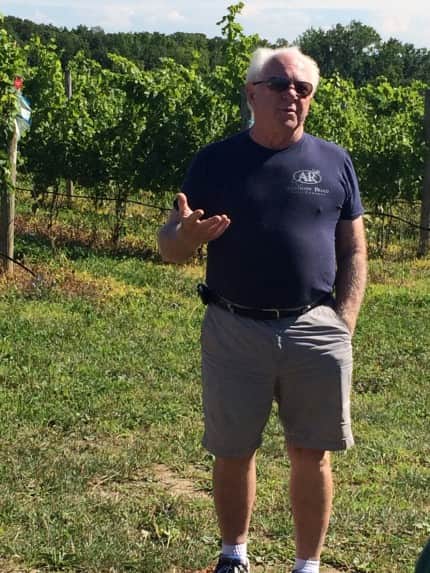 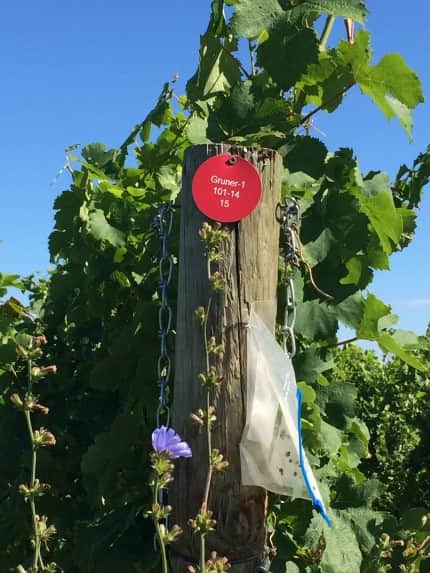 John gave us an overview of the region and showed us his cutting-edge “teaching vineyard” that was experimenting with growing Gruner Veltliner, Chenin Blanc and a number of other varietals.  Peter Becraft, the winemaker, met us in the barrel room to give us a tour of the facility and let us sample wine. 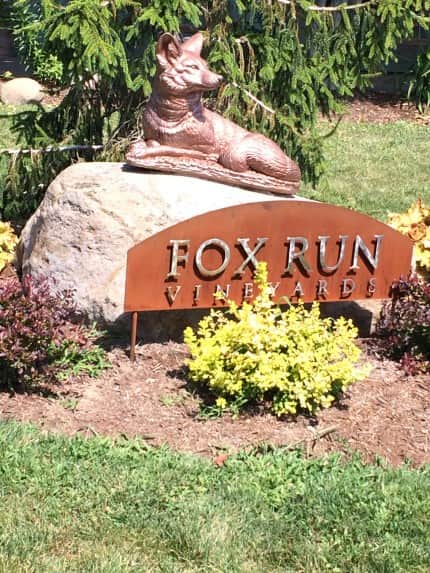 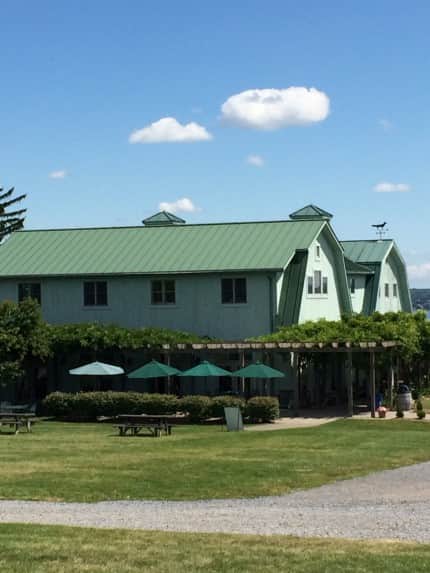 We then journeyed to Fox Run Vineyards, situated on an old dairy farm on Torrey Ridge, with breath-taking views.  We learned all about the region’s terroir and the influence of Lake Dana, which eventually became Seneca Lake 1,000 years later.  We toured the vineyard and learned that Seneca Lake, the deepest of the Finger Lakes, along with the different topography of the area, provides an ideal microclimate for grape growing.  In fact, this area is so deep that the US Navy has tested sonar equipment and submarines there. 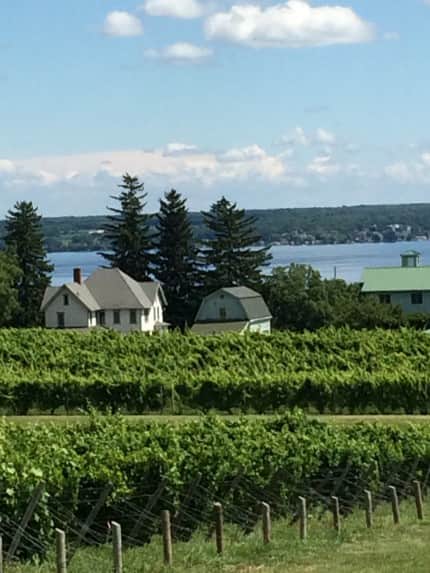 In 1866, the Seneca Lake Grape Wine Company opened a winery on the western shores.  Then in 1882, New York State opened an Agricultural Experiment Station in Geneva for grape breeding and research programs.  But Prohibition in 1919 forced many of Seneca Lake’s vineyards to close or replant to focus on the juice or fruit market to survive.

In the early 1970s, the Europeans changed the face of the region.  Charles Fournier planted 20 acres of Vinifera on the east side of Seneca Lake and German native, Hermann Wiemer, bought and planted 140 acres of Vinifera on the west side of Seneca Lake. The success of these two vineyards and the re-launch of a wine research program at the New York State Agricultural Experiment Station put Seneca Lake on the map as a grape growing and wine producing region. 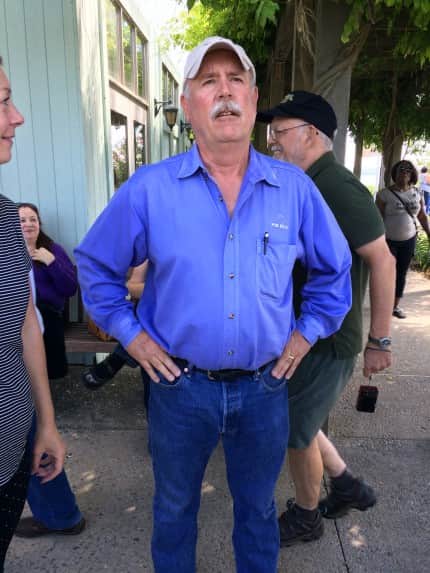 Scott Osborn, the owner of Fox Run, has the philosophy that non-hybrid European vinifera grapes can make wines in the Finger Lakes that rival the world’s top producers. 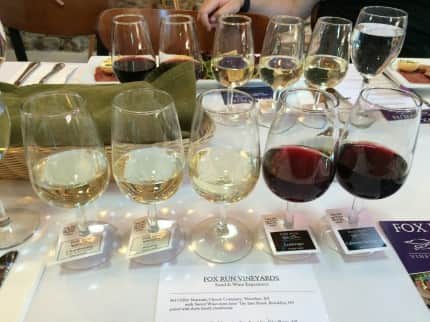 We learned that Fox Run was the story that almost wasn’t.  While they were halfway done building the winery they learned from the building inspector that the location was in a dry county.  A lot of blood, sweat and tears ensued, but a special referendum was calling and they won by a single vote.

The first grapes were planted in 1984 and the dairy barn was converted to a modern wine-making facility in 1993.  In 1996, farther up the slope, a new facility was completed with state-of-the-art capabilities and view of Seneca Lake that is unrivaled. 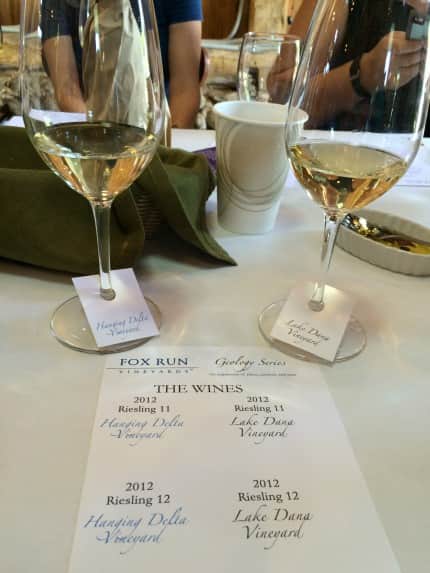 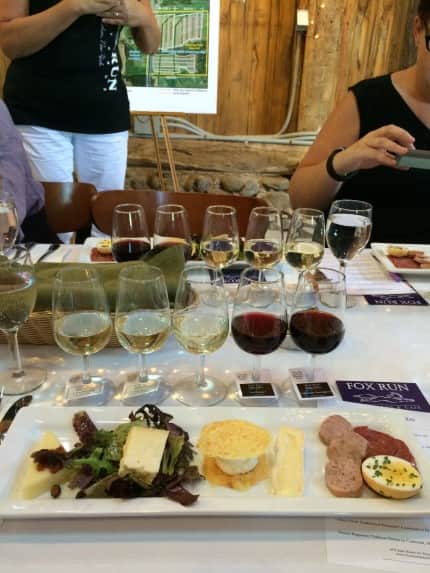