Creative Furnace and TasteLive, along with the Loire Valley Wine Association, invited me to a two-part tasting of Vouvray wines that took place in October.  The event was divided into two interactive chats segmented by coast.  The next event takes place on November 13 and is also hosted by Pamela Busch, wine writer and educator. 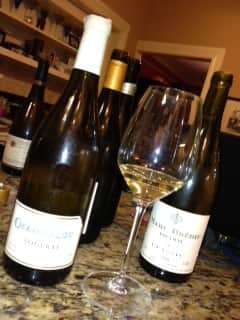 We tried several wines from Vouvray, the largest white wine appellation of the Anjou-Saumur-Touraine region, which  is made from Chenin Blanc and  is grown in flint and limestone clay soils.  Sixty percent of the wines are made into still wines and 40 percent are made into sparkling wines.  Vouvray can be aged and the wines are known for being fruity and floral. 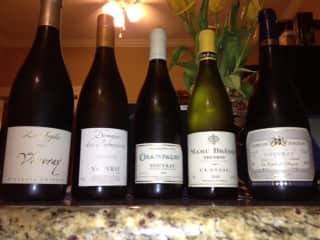 While I had tried Vouvray before, I never knew the depth, complexity and the differences of the wines.  I’m looking forward to the next tasting on November 13 and continuing my education in the future.