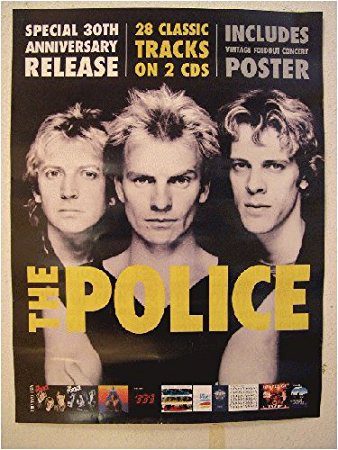 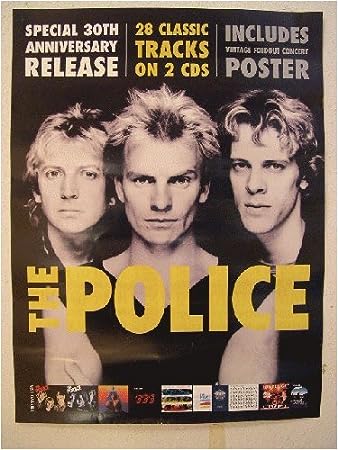 Those were the days of playgrounds and Catholic school uniforms.  The days of tape recorders and hitting play on our favorite songs under the backdrop of a big oak tree at recess.  Those songs were mostly sung by our absolute favorite band, The Police.

It was right before the years of teenage angst, but enough where these words of “Message in a Bottle” still resonated the awkwardness of middle school:

In those years, The Police and Sting were a major part of the backdrop of my childhood and I remained a fan as I grew older.  Fast forward almost 37 years and I found myself enjoying yet another passion of a singer that I admire – the tasting of Il Palacio Wines, the winery he now owns with his wife, Trudie Styler.  Ironically, I recently found he made one which I have not tasted but is named after that particular song. 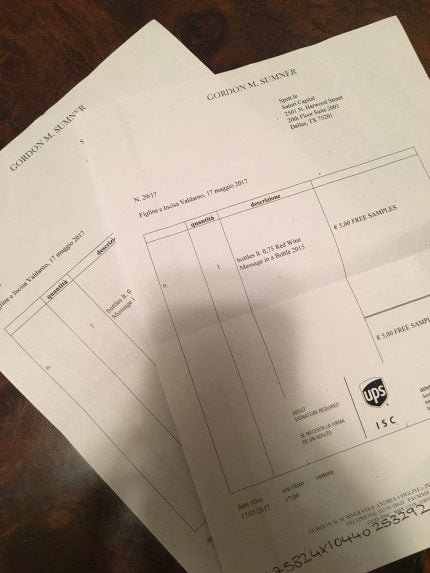 Official Geek Moment of Realizing the Source of the Customs Paperwork

My friend and fellow blogger, Michelle Williams of Rockin Red Blog joined me to try these hard to get stateside wines from Il Palagio.

In 1819, the Countess Carlotta Barbolani of Montauto bought the property and the family ran it for 150 years.  At the beginning of the twentieth century Duke Simone Vincenzo Velluti Zati di San Clemente expanded the estate with a grain store, oil mill and wine production area. However, it had fallen disrepair when Sting and Trudie found it in 1999 and they restored it to its former glory.

They hired Alan York, a well-known biodynamic consultant, Paolo Caciorgna, a highly-regarded oenologist, and Paolo Rossi, the estate manager, to oversee production of the estate. 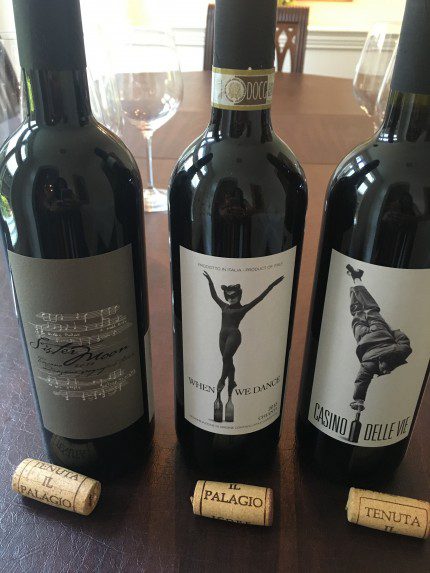 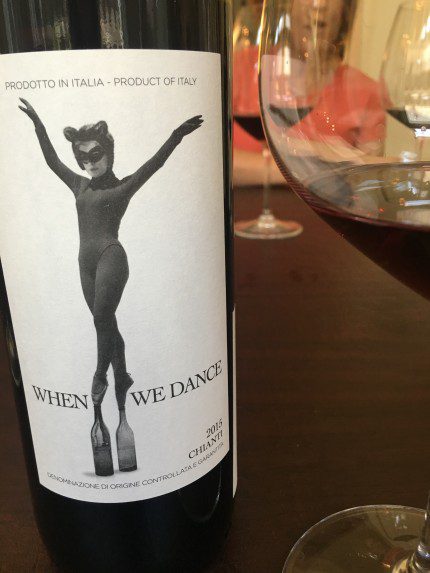 2015 When We Dance – A drinkable red named after Sting’s song “When We Dance” that is blended with Sangiovese, Canaiolo and Colorino grapes.  It is soft, fruity, a little spicy and very drinkable red blend with notes of cherry and cranberry. 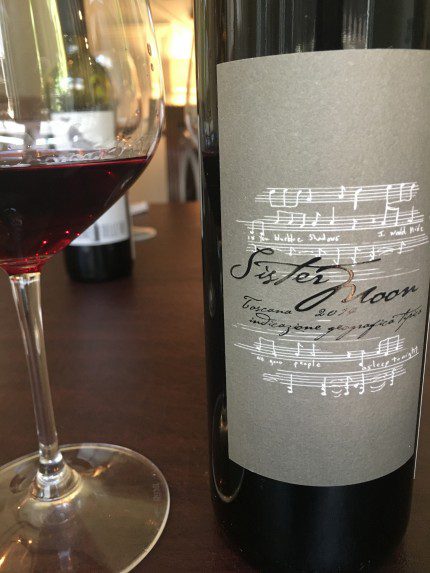 2014 Sister Moon — Named after Sting’s song “Sister Moon” this was the first IGT Toscano wine produced.  This was more complex with dark cherry, floral notes and cassis.  I also got some black pepper and black licorice.  It is a blend of Sangiovese, Merlot and Cabernet Sauvignon. 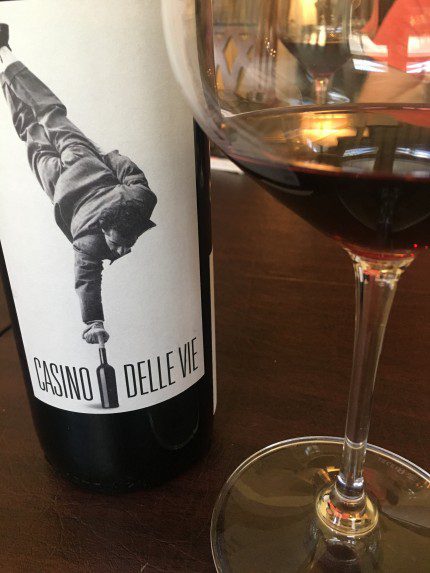 2014 Casino Delle Vie 2014 — This wine is named after a property on the estate and when translated it means “little house by the roads”.  It also can be translated philosophically to talk about the different paths taking in life.  This was elegant with many of the same notes of Sister Moon, but with a little more depth and elegance.