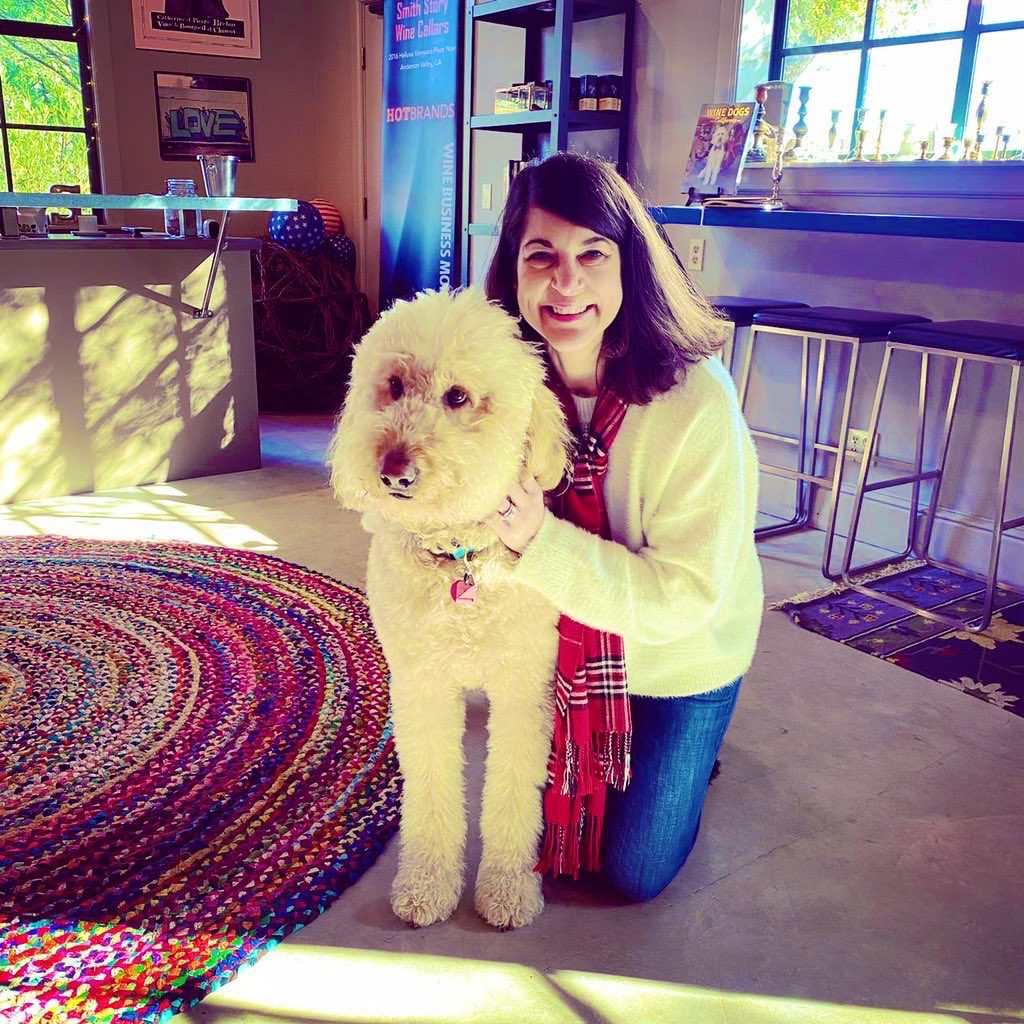 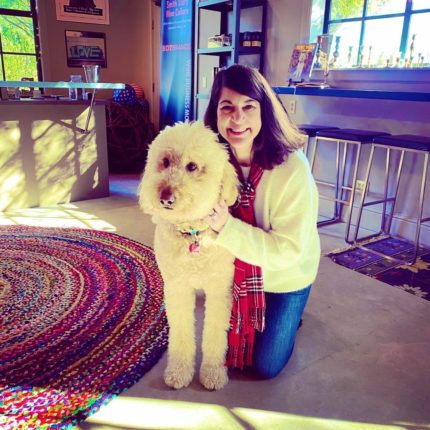 Lord Sandwich from Smith-Story Wine Cellars poses with me, his loyal subject

It’s rare that I write a story of an untraditional winery.  Wineries aren’t crowdfunded.  Winery dogs are the norm.  They don’t become brand ambassadors with 72,500 Instagram followers, a label of their own and a charity of their own.  But, you haven’t met the folks from Smith-Story Wine Cellars and Lord Sandwich the Goldendoodle who are breaking the mold of the story of wine. 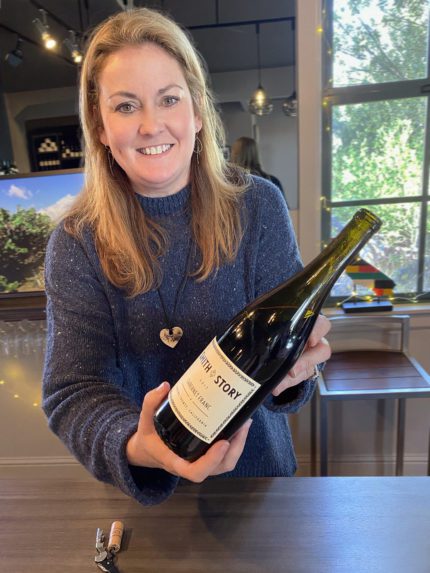 Allison Smith-Story with her Cabernet Franc

My story is about Eric Story & Alison Smith-Story, the humans behind Smith Story Wine Cellars.  But the Washington Post did an amazing job this week of telling the story of Lord Sandwich, the winery wonder dog.  I urge you to check it out.

Eric and Alison met and fell in love while working for K&L Wine Merchants. They eloped to Hawaii, named their future winery and began figuring out how to combine their love of California and European wines into a business.  Eric had expertise in wine buying and retail management.  Ali had experience in hospitality, wine buying, consumer marketing and sales. 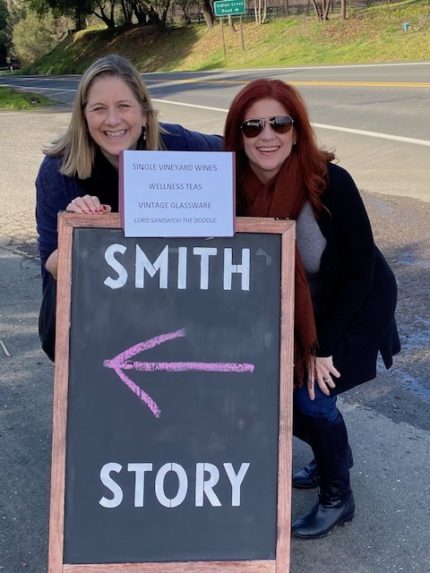 Smith Story Wine Cellars is based in the Russian River Valley AVA and operates out of a custom crush facility.  It also has a tasting room in the Anderson Valley AVA.  In 2014, the fairy tale began when they launched Smith-Story “Farmers First” on KICKSTARTER with 150 backers and were fully funded in 30 days.  Farmers First was about pledging to pay a fair price to their grape growers.

They are all about the land, the farmers and making sure the wines show the integrity of the grape and terroir.  The winemaking philosophy is to utilize classic, old world techniques and let the grapes and sense of place where they are grown speak for themselves. 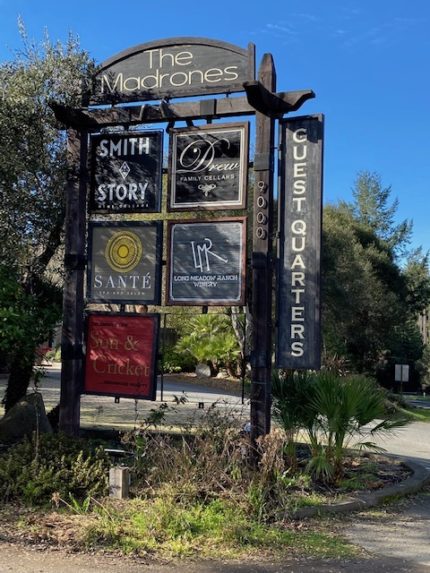 As they say on the website, “Wine is our life, we are honored to now jump into the creative process of producing wines after decades of learning and selling wine for others.”

While in Anderson Valley a few weeks ago, we surprised Ali with a quick trip to the Smith-Story Wine Cellars tasting room and finally got to meet Lord Sandwich.

As I revisited the wines, they continued to be amazing.  Because our time was super tight, we had a quick tasting, but I purchased everything that I tasted.  I bought the 2018 Smith Story Sauvignon Blanc from Sonoma County, the 2016 Nash Mill Vineyard Pinot Noir from Anderson Valley and the 2016 Cabernet Franc from Sonoma Valley.

Smith-Story Wine Cellars is a fairy tale in wine with the two nicest people at the helm and a charity-focused, celebrity winery dog that is unlike any other.  It’s about a couple that took their love of wine and launched an unconventional model.  And, by the way, the small production wines that they make are pretty amazing.