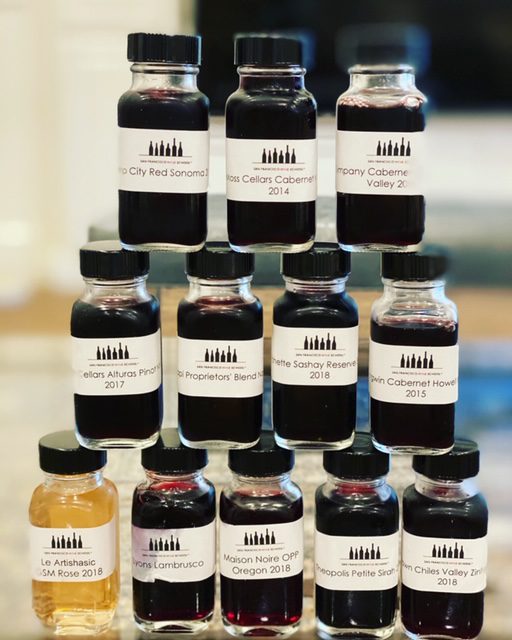 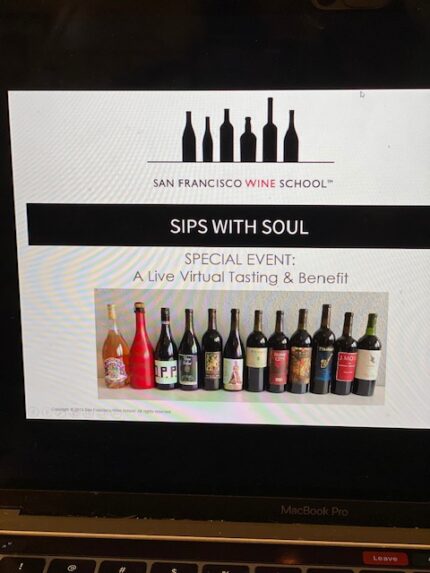 Last Friday, the San Francisco Wine School gathered some of the top black Winemakers/Winery Owners, paired with sommeliers, for an unforgettable night of wine tasting.

In my pledge a few weeks ago, I promised to be more inclusive with my coverage, to seek out the wine of black winemakers and be more diverse in my sources.  I never realized it would be so easy if I just paid attention and was diligent.  In my Instagram feed, Theopolis Vineyards talked about being excited about being one of the wineries involved with the Sips with Soul Event.

The Sips with Soul event was presented by the  San Francisco Wine School to generate more awareness and support of black wine professionals, while raising money to benefit cultural education and civil rights.  It brought together top sommeliers and 12 black winemakers and winery owners.  When I received my awesome tasting kit of 12, 2 ounce bottles, I realized I had tried four of the wines previously, and had no idea two of those were minority owned.

All profits from Sips with Soul event and case sales after the event benefitted San Francisco’s Museum of African Diaspora (MoAD), the ACLU of Northern California and the NAACP Legal Defense Fund.  We even had a special live musical performance by Roger Smith, Owner of Bump City Wine Co and Keyboardist for Tower of Power. 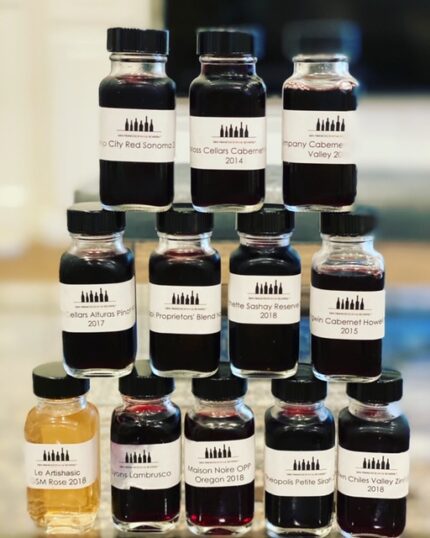 Each Sommelier selected a winery and talked about why they made their choice.  The common themes remained eye opening – “this was the first time that I could sell a wine from someone that looked like me, that made me feel less isolated, that made me realize that I wasn’t alone.”  The reality was that all of these wines were delicious, and I enjoyed every sip.

I hope in the next year to further explore each story.  But let’s touch briefly on each winemaker, winery and wine tried:

We started with with Artie Johnson, Proprietor/Winemaker Le ARTISCHASIC, a former Sommelier who talked about the need for creative freedom when he started his winery, which is a play on the names of he, his wife and his daughter.  We sampled his 2018 Le Artishasic Shake Ridge Vineyard Rosé.

Our next wine was the NV Lyons Lambrusco with Lyons Wine with Chris Lyons, Owner who wanted to bring a light-bodied, Italian sparkling red wine made in Emilia-Romagna, and sourced within northern Italy extending through the Apennine Mountains.

We moved to a Pinot Noir with a mission of being for “the everyday pinot for the people” from Maison Noir Wines with Andre Mack, Owner/Winemaker, who also talked about the need for creativity in his move to wine.  We tried the 2018 Maison Noir Other People’s Pinot Noir from the Willamette Valley. 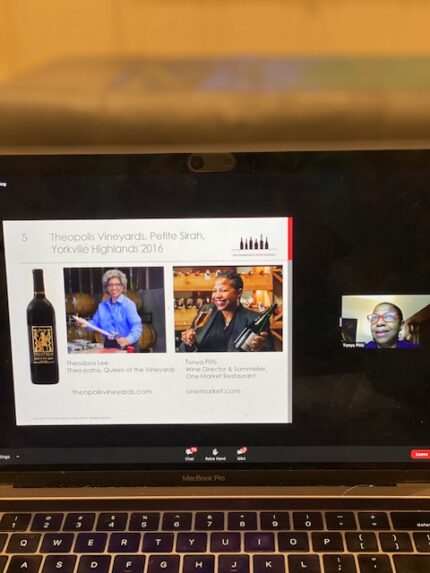 We then moved to Theopolis Vineyards with Theodora Lee aka Theo-Patra, Queen of the Vineyards and tasted her 2016 Theopolis Vineyards Petite Sirah, Yorkville Highlands 2016.  She’s a Texan, an attorney and has an amazing story that will be on my blog soon, so I’ll save that one for now.

Shae Frichette, Co-Owner and Co-Winemaker from Frichette Winery talked about how she attended a Black Women Winemakers Conference that inspired her to grow Syrah on Red Mountain.  After trying her 2018 Frichette Winery Sashay Reserve, I am so glad that she did!

Our next wine was the 2018 Brown Estate Chiles Valley Zinfandel from Brown Estate.  Co-Owner Coral Brown talked about the family’s move to Napa in the 1980s, becoming grape growers and when the kids decided to move their own wine (their parents wanted them to be doctors).

We then moved to Roger Smith, Co-Owner of Bump City Wine Co who meshes a love for music and wine as the keyboardist of Tower of Power.  We tried his 2017 Bump City Red, a field blend from Sonoma County.

Proprietors Dan & Kim Johnson from Okapi Wines talked about living out their dream of great grapes and dirt for their Napa vineyard .  We tried their NV Okapi Proprietors’ Blend Napa Valley Blend that is limited to only 300 cases per year.

Owner Louis Jordan of Tympany Vineyards was a former academic and finance guy was looking for a second career and found it as a winemaker in the Alexander Valley with a goal to find the best Bordeaux blend.  We sampled his 2013 Tympany Cabernet Sauvignon Alexander Valley.

We then moved to James Moss, Winemaker and Proprietor of J. Moss Wines, who moved from Dallas where he first was introduced to fine wines working for a Texas distributor.  He moved to Napa in 1998 to follow his dream and first made a Merlot.  That led to single vineyard Cabernet from Napa vineyards.  We tried the 2014 J. Moss Cellars Napa Cabernet Sauvignon.

Our final wine was from Angwin Estate Vineyards with Jon Larson, Proprietor/Winemaker.  It was a poignant story about how one man’s path to become a doctor was circumvented when his mother died and left him the family winery.  Running a winery is not a part time job.  He and his wife made the decision that he was in and he became a winemaker.  We tried the 2015 Angwin Estate Cabernet Howell Mountain.

These are just a small sampling of great wines made by black winemakers.  Expanded lists are here and here. The point here is to support these great winemakers and discover some new wines in the process.

One comment on “Sips with Soul: A Live Tasting”