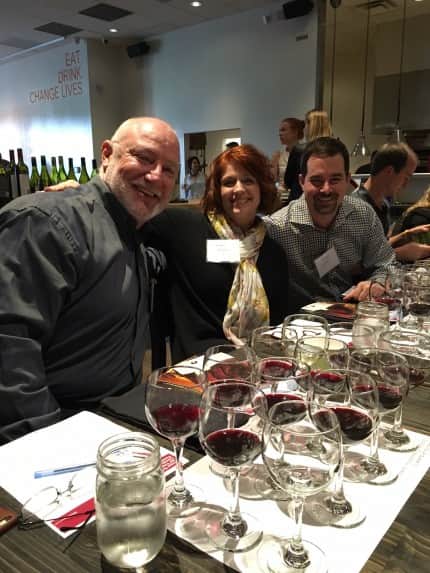 Savour South Australia Wines came to Cafe Momentum in Dallas recently and it reiterated for me how much wine is a journey and how much I still have to learn.  When I thought about Australia, Shiraz was the grape that naturally came to mind.  But there is so, so much more. 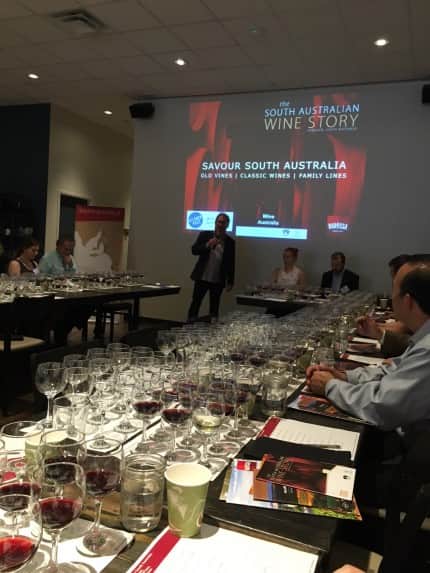 Adelaide is the wine capital of Australia and South Australia has 18 unique wine regions including Barossa, Clare Valley, Coonawarra and McLaren Vale.  The State of South Australia consists of six regions and two territories with 1.3 million residents.  What I also didn’t know is that Australia is home to some of the oldest living vines in the world.  Even more surprising because Phylloxera has never hit the Barossa and McLaren Vale Regions, the vineyards have been producing fruit for hundreds of years.

Jennifer Lynch, the General Manager of the McLaren Vale Grape Wine and Tourism Association, kicked off the session with an overview on the geology of the region and a discussion on the changing weather patterns and soils.  The first Colony in Australia was founded in 1836 and McLaren Vale was founded by John McLaren in 1938. The first wineries were in operation by 1850.  Today there are more than 100 wineries and 250 grape growers in Australia.  It is one of the most diverse geologies in the world with diverse temperatures, different topographies and unique soils.

The McLaren Vale has four traditional seasons and is well known for reds like Shiraz, Grenache and Mourvedre, but also grows Cabernet Sauvignon, Merlot and Petit Verdot.  Whites include Chardonnay, Semillon, Sauvignon Blanc and Riesling (and that is good Riesling!)

Then we moved to Barossa.  The first settlers came to Barossa in 1842 from England, Germany and Scotland.  They brought an attitude of preserving the land and a love for farming and agriculture.  Barossa is one of the custodians of the oldest continuous producers.

James March, CEO, of the Barossa Wine and Grape Association, called it “tasting history in a glass.”  He talked about growing up on a vineyard and how the topography of the Barossa Valley and Eden Valley are completely different, likening Barossa to Napa Valley and Eden Valley to Sonoma.  From warmer and drier in Barossa to wetter and cooler in the Eden Valley.  From the deep and rich soil of Barossa to the rockier soil of the Eden Valley.  The different climates make very different wines.  You can find whites like Riesling, Semillon, Chardonnay as well as Sauvignon Blanc and Viognier. Reds include Grenache, Cabernet Sauvignon, Shiraz (Syrah), and Mourvedre. 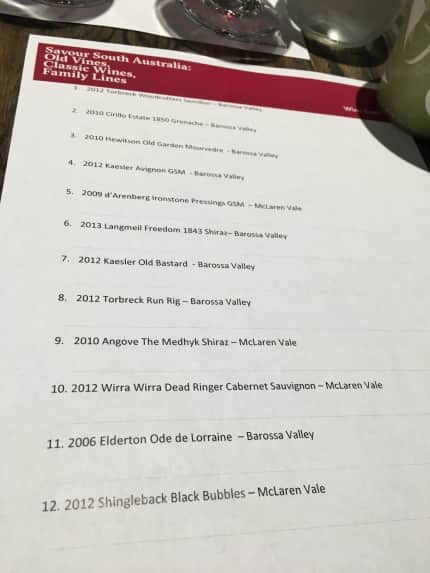 Chuck Hayward, an Australian Wine Educator, led us in a tasting of 12 unique wines from the regions.  Many were typical for what I thought of the Australian wines that I had prior.  However, there were a few surprises – especially the 2012 Torbreck Woodcutters Semillion (Barossa) that had lots of lime, acidity, green melon and a nutty texture.  It was my first tasting of Australian Semillion and it was a great, refreshing wine. 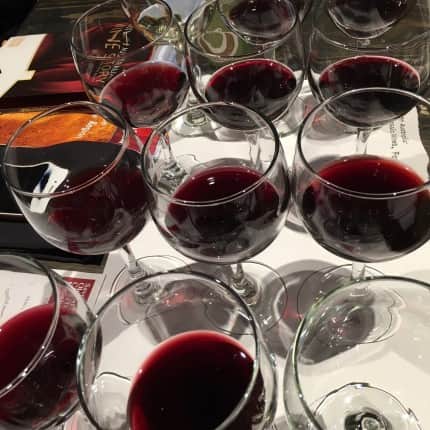 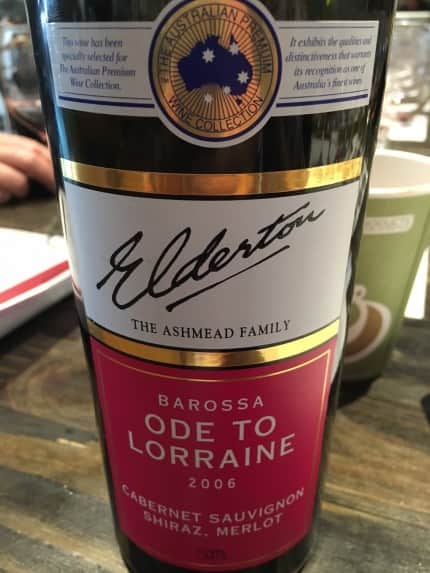 I also really enjoyed the Shiraz’s – the 2013 Langmeil Freedom 1843 Shiraz, 2012 Kaesler Old Bastard and the 2012 Torbreck Run Rig – all from Barossa.   Lots of black fruit, plum, raspberry, herbs and other different styles and expressions of the shiraz grape.  Another shining star with the 2010 Angove the Medhyk Shiraz (McLaren Vale) with lots of red fruit, flowers and mocha as well as getting to try older wine in the 2006 Elderton Ode de Lorraine (Barossa).  The Elderton had notes of juicy fruit, dark berry and was a great expression of the oldest soils on the planet.

Who knew that Australia had sparkling wines?  I tried the 2012 Singleback Black Bubbles (McLaren Vale) made from sparkling shiraz using the champagne region “Methode Traditionelle.”  They told us it is often served during Christmas morning and it was a fun, unexpected twist.

It was a great seminar that really showed the families, the heritage, the history, the region and the unique wines of South Australia.