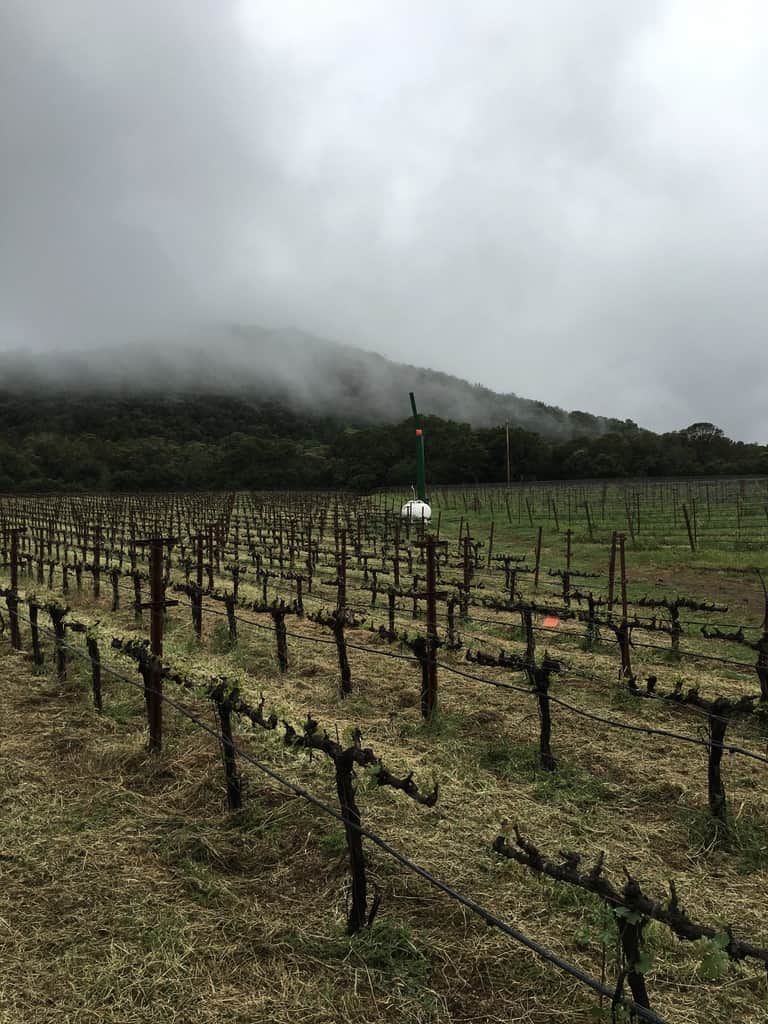 Unless you have done some extensive time in Napa Valley, you may have never personally discovered Pritchard Hill.  But, you probably have heard the names Colgin, Chappelett, Ovid and David Long and if you have tasted the Cabernet or Bordeaux varieties, you quickly find this is an unforgettable region. 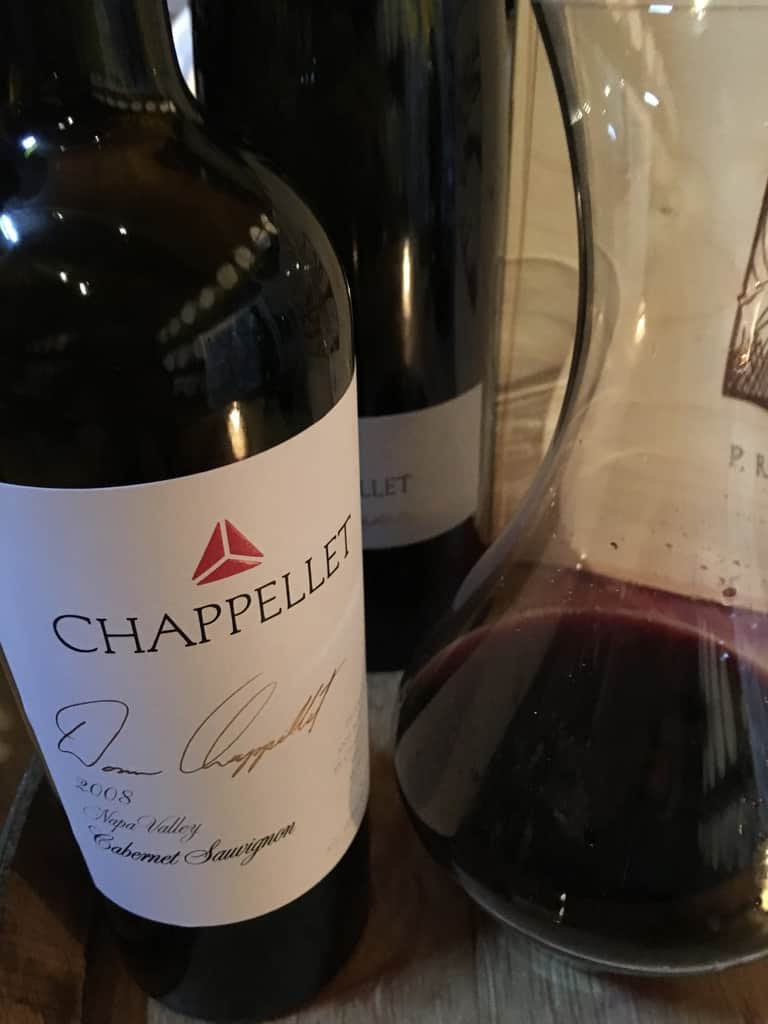 It is not an easy place to just drop in … It is a long and windy drive that takes you to wineries that rise to almost 2,000 feet above sea level.  By happenstance, in the last 11 months, I have had the opportunity to meet two very special people whose families helped shape Pritchard Hill into the special place that it is today.  Last November, I sat down with Cyril Chappellet in a conversation that ranged from wine and family, then veered to the big life choices that I was on the verge of making earlier in 2016. 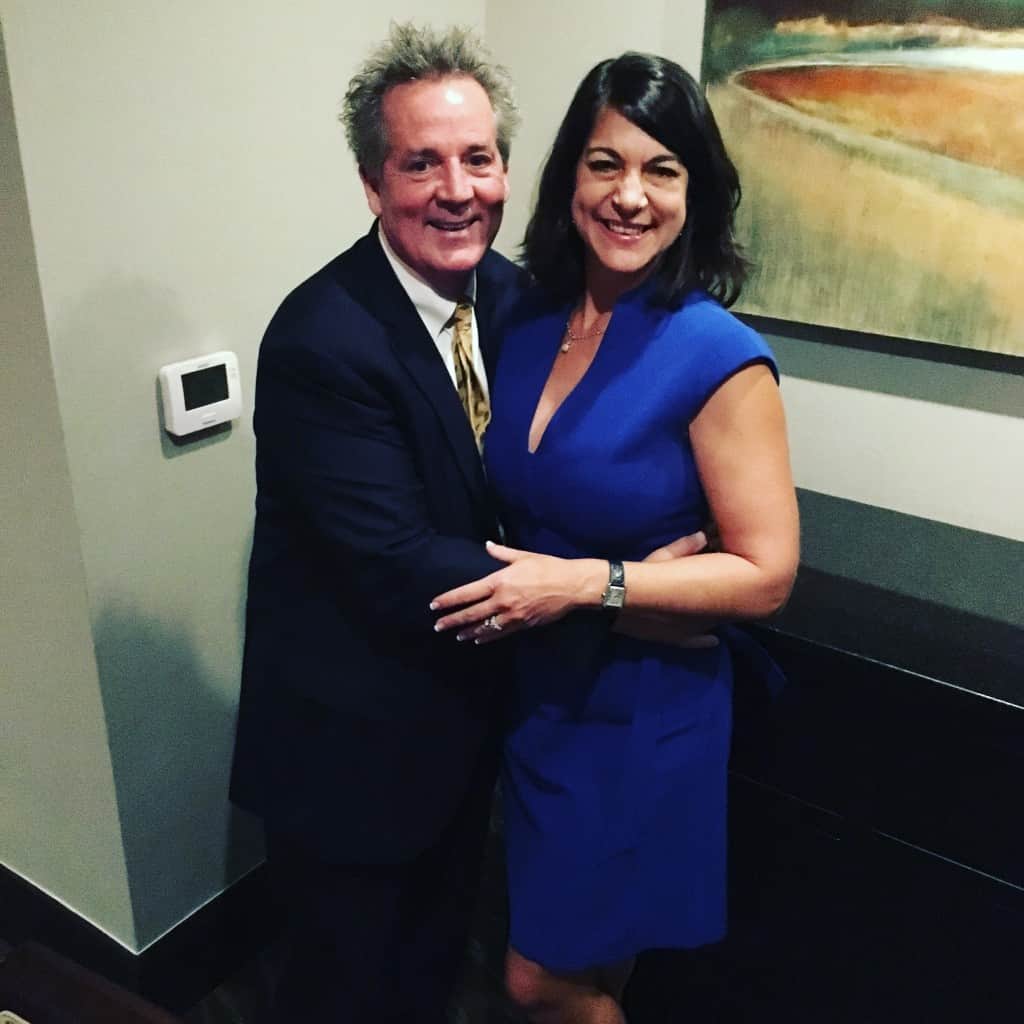 David Long and me

Last week, I had the opportunity to sit down for a wine dinner at Lakewood Country Club with David Long from David Arthur Vineyards.  David Arthur Vineyards and the Long Family Ranch began when Don Long, a butcher who went from carving meat to owning a small grocery store with a focus on personalization near Stanford University, decided to begin acquiring land on top of Pritchard Hill.  At that time, there was no access to roads or utilities and Don would hike to picnic with his wife, Annie. 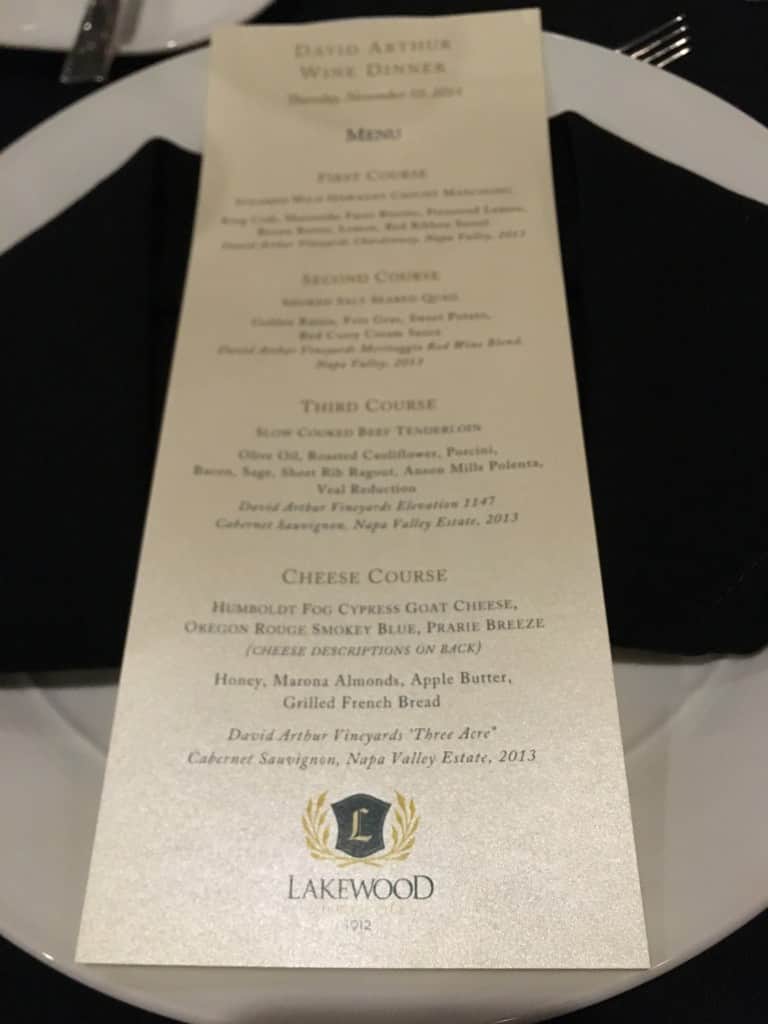 David started the dinner, as we were drinking the 2013 Chardonnay, by telling us, “You are drinking my college education.”  He wasn’t the best student, but he made it to University of Denver where he pursued a degree in fine arts with a focus on ceramics and pottery.  That didn’t seem like a sustainable career for him, so he dropped out of school and was wished well by his father (which essentially meant he was off the payroll).  He worked his way from busing tables to managing dinner houses and went on to open a fondue restaurant with a selection of 25 wines in Boulder. 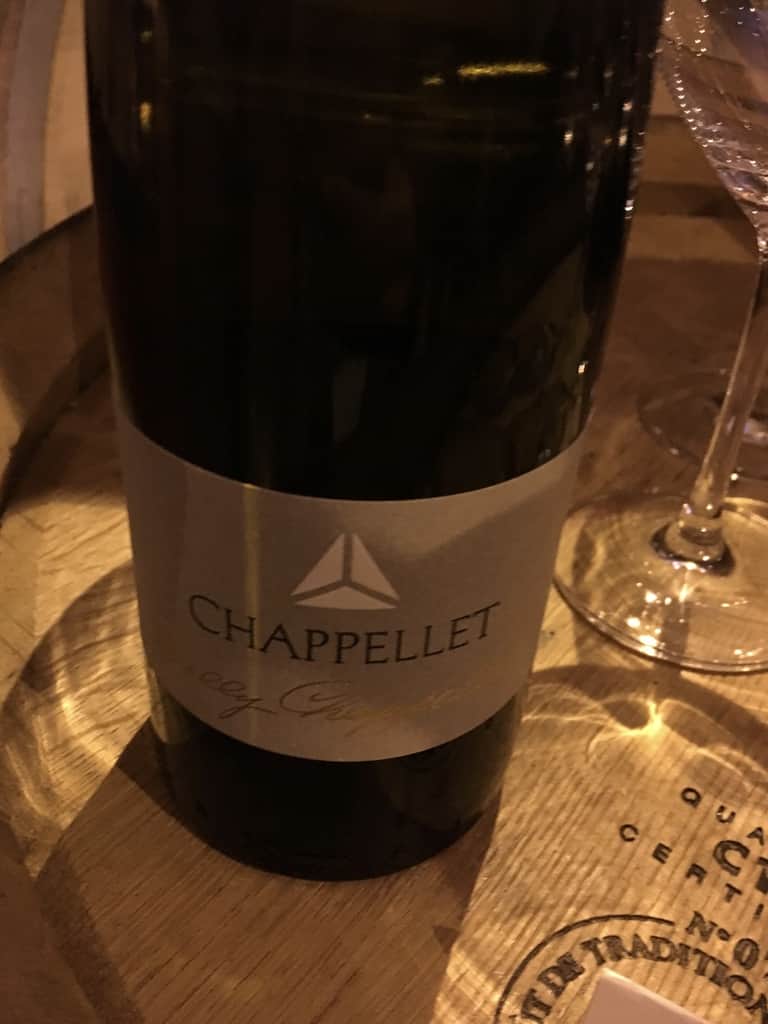 He vividly remembers drinking a Chappellet Chenin Blanc when he got a call from his father.  His future arrived on one snowy night when he had to shut down the restaurant due to bad weather.   His dad asked if he had an interest in running the 970-acre property, cultivate the land and grow the grapes.  The answer was a resounding yes and his dad disclosed that he would invest the money for him to plant the first ten acres of grapes.  The first grape planted was Chardonnay until his visionary dad saw the future and the future was a Bordeaux style wine. 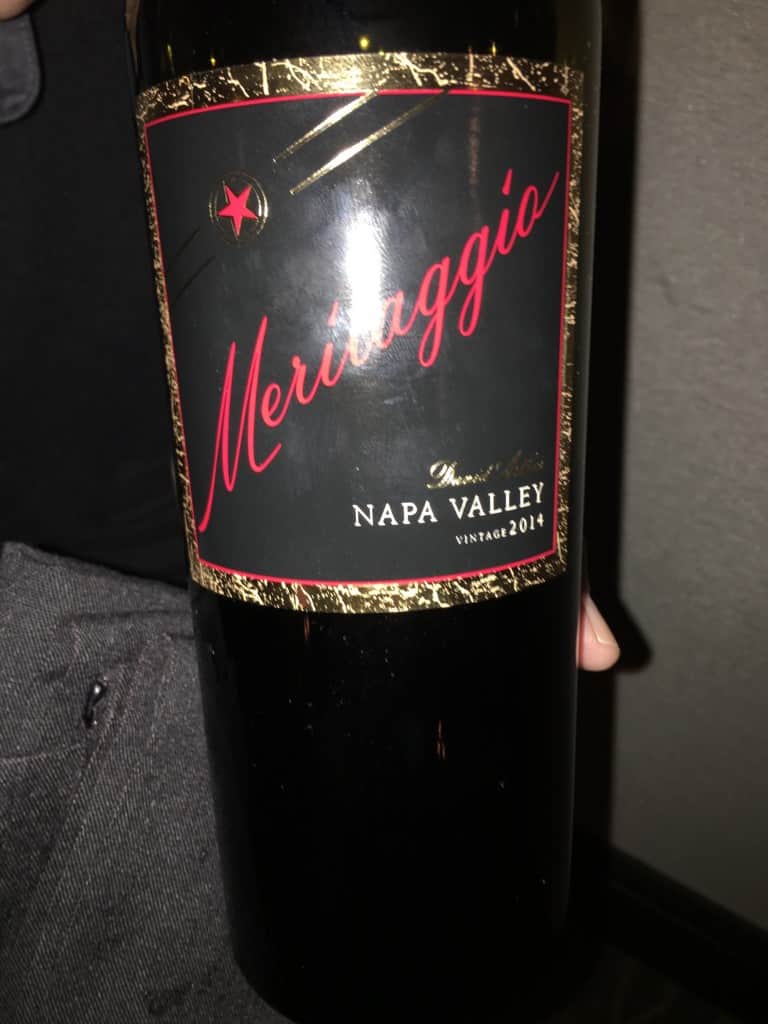 The time that David had to taste wine after working the vineyard was 4 a.m. and during that process, he opened a bottle of Sangiovese that was sent by his importer, Louis Langdon, formerly of Langdon Shiverick Imports.  He describes it as being rustic with an amazing finish.  At 6 a.m., he had to go to work and poured the Sangiovese in his existing test Bordeaux blend.  Magic was made and he began looking for a name that described the French and Italian blend.  Originally named red table wine, he promised his brother 24 hours for a new name and Meritaggio Red Blend was born.

Our food and wine line up was as follows: 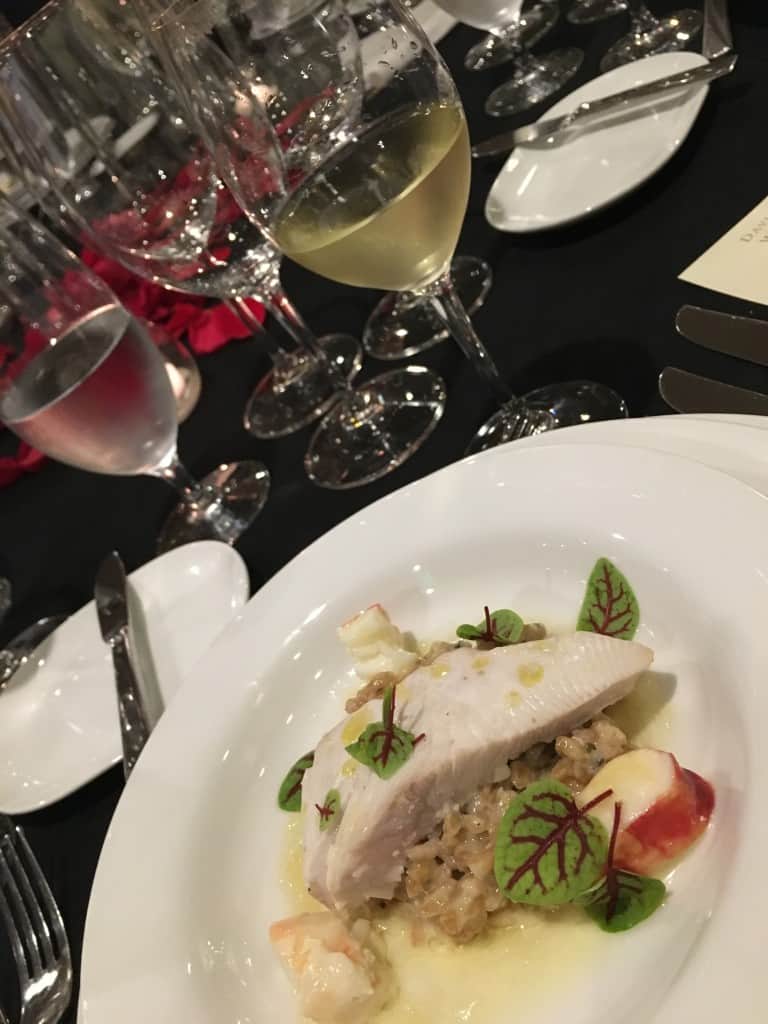 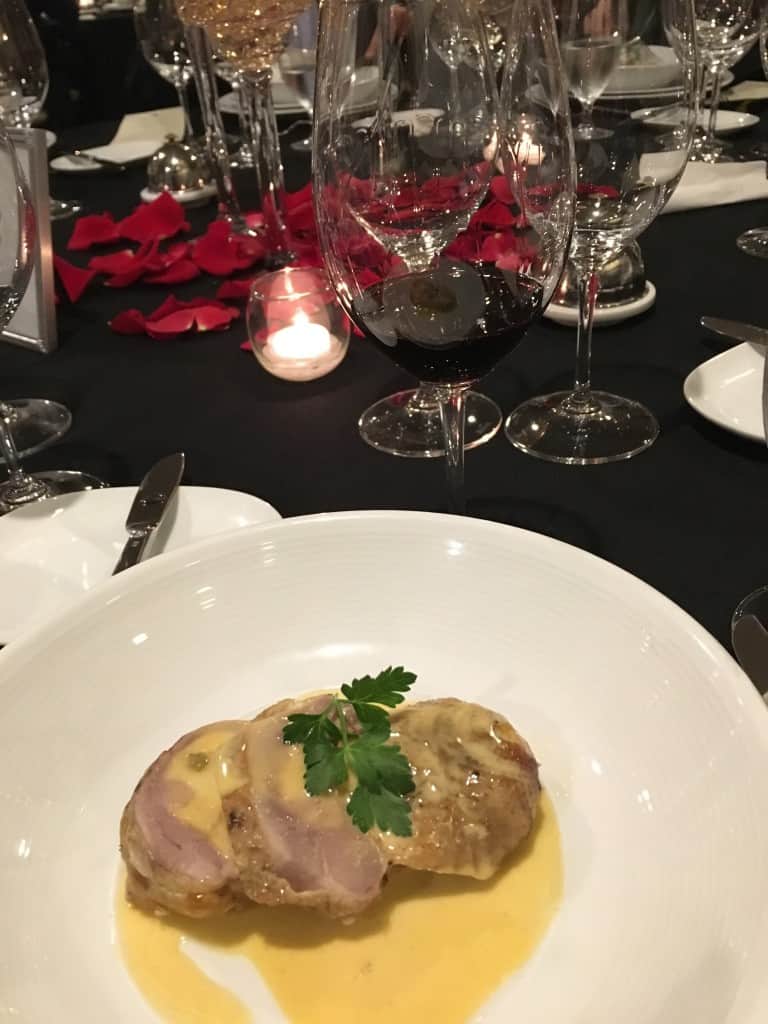 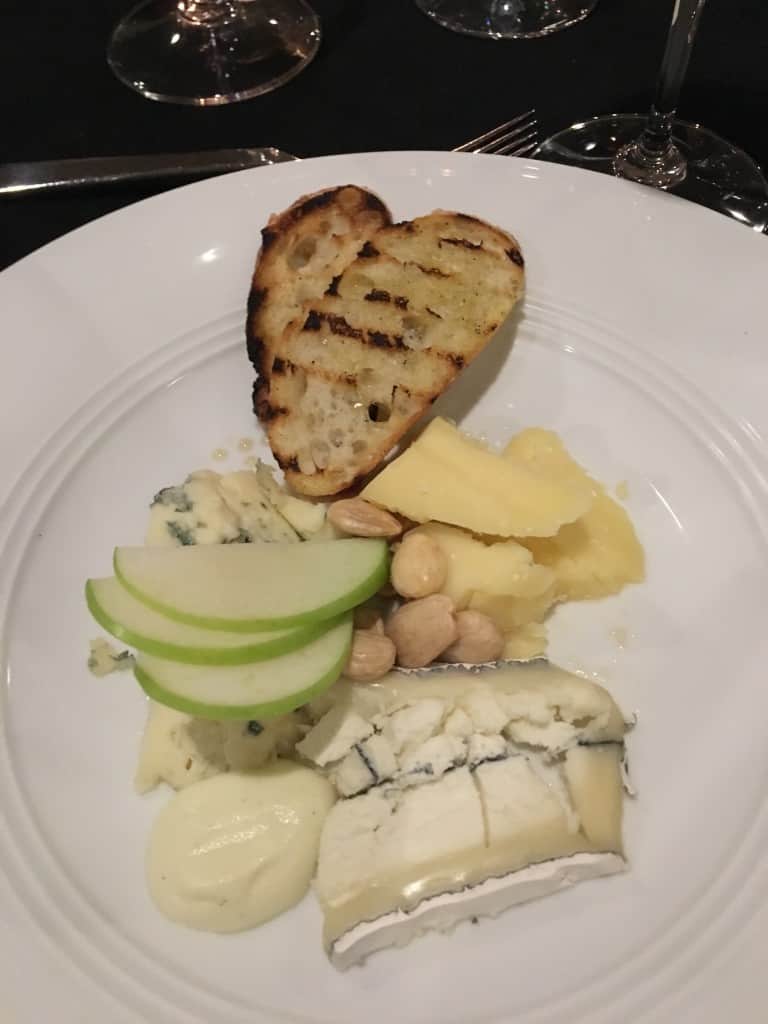 To say David is larger than life is an understatement.  From his stories about experimenting with apple juice to make alcohol at age 14 to walking the aisles of Sunshine Foods to sell his chardonnay and then, once the sale was made, had his then wife immediately come through the front door looking for the bottles of wine that he just sold saying, “I can’t believe they are carrying these wines”.  David has a menagerie of stories (half of which I can’t repeat), life experiences, history and amazing wines.

I am so excited about Prichard Hill, the rich history and the families that I have met that have pioneered an area that is making some of the best wines in the Valley.