When you have a blog that is your passion and a job that is your paycheck, it is no surprise which one becomes the priority.  Since the end of August through October, I have been traveling to Stockholm, which didn’t leave me much time to try some of the review wine that was sent my way.

When some friends, Peter and Jen, invited us over for a night of cards, great food and wine, I knew there would be a group of wine lovers who would be able to give me lots of good feedback on wines from a number of regions.  Thus, we popped open the corks and began to taste.

We first tried the Nine Walks Sauvignon Blanc.  It had tropical and citrus notes combined with some herbalness.  It was a very crisp wine and at $11 a bottle, tasted much more expensive than its list price. 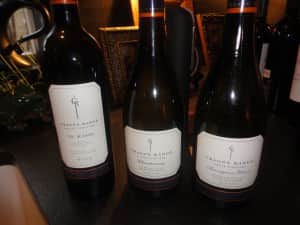 We then tried several wines from New Zealand’s Craggy Range, a vineyard that I was already familiar with for its Te Kahu label.  The first wine was the 2010 Te Muna Road Vineyard Sauvignon Blanc.  Lots of green in this wine — but complexity came from hints of vanilla.  The 2010 Kidnappers Vineyard Chardonnay, which was made in an Old-World style without lots of oak, had notes of lemon, almond and some depth. Hands down the favorite was the 09 Te Kahu Gimblett Gravels Vineyard.  A Bordeaux blend of merlot, cabernet franc, cabernet sauvignon and malbec, it was a great red with notes of blackberry, deep fruit, sandalwood and tobacco.

We then moved to Chilean wines and tried the full line from Casillero del Diablo, the flagship line of wines from Concha y Toro. The story behind these wines is fun.  At the end of the 19th century Don Melchor de Concha y Toro, a successful businessman and vineyard owner, discovered his wines had been stolen from the “casillero” (cellar) under his house.  To keep folks from stealing more, he created a rumor that his cellar was haunted by the devil.  These wines are also affordably priced at $12.  We tried several including the 10 chardonnay, 10 pinot noir, 09 syrah, 10 merlot, 10 carmenere and 10 malbec.  The group favorites were the more traditional Chilean wines including the carmenere with its notes of plum, chocolate, oak and spiciness and the malbec with blackberry and mocha notes. 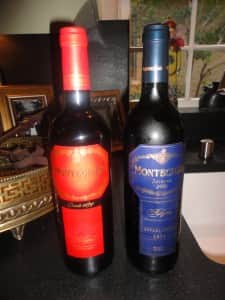 We then delved into Spanish wine.  The first one was the 07 Montecillo Crianza Tinto. This was nice with notes of dark blackberry, vanilla and smoke.  The second wine was the 03 Montecillo Rioja Reserva.  This was a rich cherry, spice, vanilla and dark fruit that I really enjoyed. 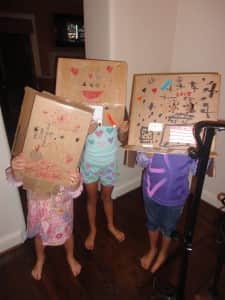 After dinner, the wine shipping boxes became the most coveted thing with the under 7 group proving that imagination can still win over iPads, Play Stations, iTouch and all the other latest technology.  Seemed an appropriate nod from the kiddos — especially with many of the wines tried made from an Old World-style.