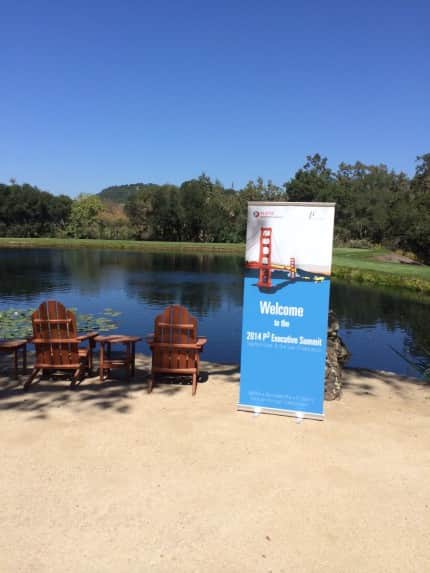 The stars aligned.  The angels sang.  There were rainbows.  And even unicorns.  Exactly how I felt when I flew to San Francisco for the Platt’s P3 Partner Summit for a two-day conference.  Typically, my job as Chief Marketing Officer for an energy software company and a wine blogger do not intersect.  Last Monday, they came together in perfect harmony. 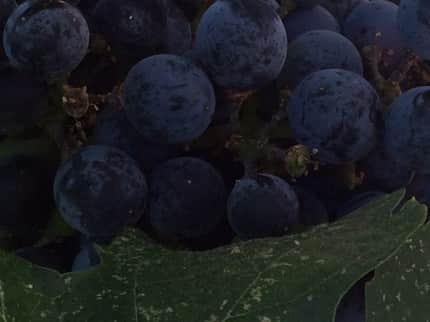 After hearing about the personal stories and losses from the Napa Earthquake, I wanted to see firsthand how wine country was faring so I could report back to you.  Platt’s had arranged for stops at three winerys – which surprisingly all had little to no damage.  Our tour bus took us through American Canyon, the epicenter of the quake.  From the bus, it looked as if it were business as usual – at least from a tourist point of view.  I’m not downplaying the millions of dollars that were lost and the massive cleanup efforts required by some wineries, but I can tell you with full confidence to come support Napa and plan your wine country trip in 2014.  Harvest is in full swing and it was fun to see the full cycle of farm to bottle.

Our first stop was at Grgich Hills.  Mike Grgich is considered one of the original godfathers of California wine and credited with putting Napa on the map from a worldwide wine drinking perspective during the French/Napa challenge.  Our guide – also named Mike — took us through two whites and four reds – I loved being able to try the Croatian Red that is only available at the tasting room. 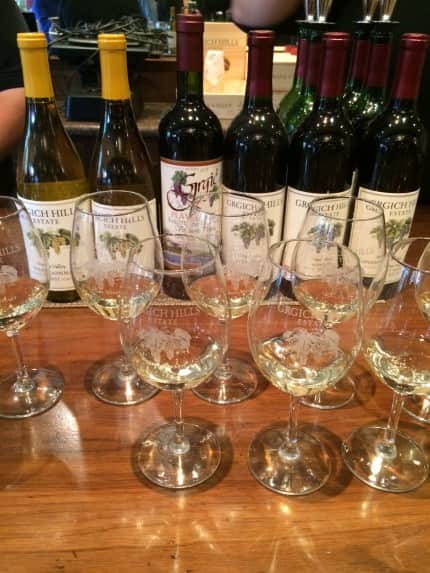 Grgich suffered the most damage of the wineries we visited that day – 10 barrels and several bottles.  But it was business as usual and they were busy with harvest.  The wines were lovely, true to their varietal and we ended our time with a Lucille Ball Grape Stomping challenge. 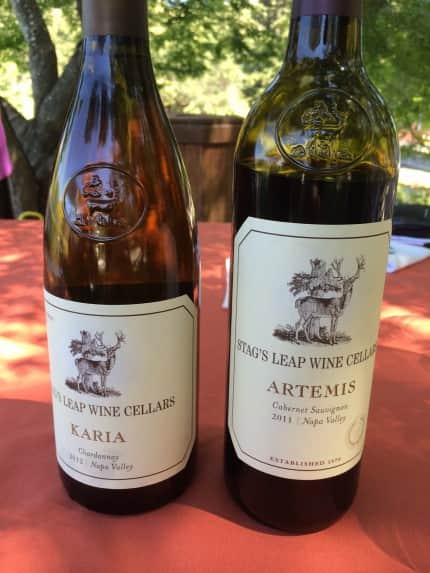 We stopped next at Stag’s Leap, which was the winery that made me fall in love with wine.  Many years ago I was on a work-related trip in preparation for a conference and the company told us we were not needed to help that day.  Three girls took off for wine country in a convertible, very little knowledge and happened to come upon Stag’s Leap Vineyards.  I was aghast that a winery could charge $9 for a taste of one wine – Cast 23.  But, I had to try it.  When I did, it was my “a ha” moment that made me fall in love with wine.  I remember in my early 20’s holding my breath that the credit card would go through for my $90 bottle purchase … it did.  But, I had another uphill battle to fight with my husband later about the justification of buying the bottle when we clearly couldn’t afford it.  However, when we opened it, he understood.

We didn’t try Cast 23 that day, but we had a delightful host named Carla who met us bearing a tray of Stag’s Leap  Sauvignon Blanc.  She then took us through the caves and showed off the winery that did not lose a glass during the earthquake due the bedrock foundation.

Next we had an amazing lunch with a picturesque view of the winery’s lake over two more wines – the Stag’s Leap Chardonnay and the Stag’s Leap Cabernet. The setting was pristine, the wine was great, the company was charming and a canoe race even broke out between several participants at the end. 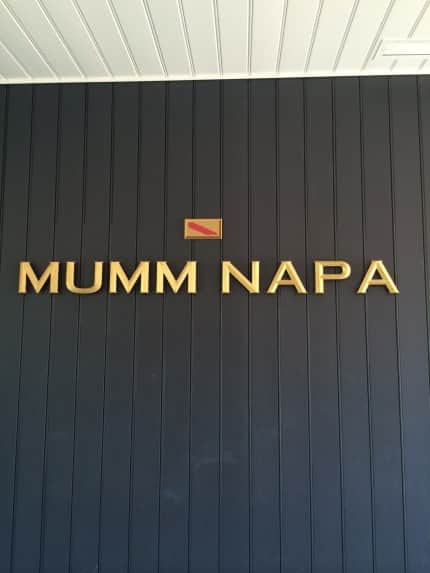 Our last stop was Mumm Napa.  I had done the full tour here before so I won’t repeat the details, but ending the day on the Mumm porch with glasses of aged sparkling wines makes it hard to wipe the smile off of your face.  We even stopped at the Golden Gate Bridge for a photo opportunity.  Thank you Platt’s for making your partners feel so valued and taking such good care of us.

3 thoughts on “My Wine Country Experience: The Intersection of Passion and the Paying Gig”