My maiden name is Bianco. If you look at me closely, it’s probably not hard to piece together that I have ancestors from Sicily, the Promised Land. But, I have always felt like I needed to learn more about Italian wine. Luckily this appears to be the Summer of Italian Wine with well known families making their way through Dallas introducing many of us to a piece of winemaking history.

The Damilano Family, known for making exceptional Barolo, made a crusade here several weeks ago. Damilano was founded in 1890 and is considered one of the most historic vineyards in Barolo making wine from four vineyards, partly owned and partly leased – Cannubi, Brunate, Cerequio and Liste. These vineyards produce mostly Nebbiolo da Barolo. It’s a family business – with four generations of winemakers, which was started by Guiseppe Borgogno, the great grandfather of the current owners, who decided to grow and make wine from his own grapes. His son-in-law, Giacomo Damilano, took over and passed the winery to his four grandchildren. 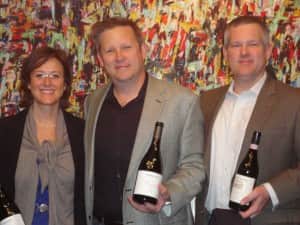 Barbara Levi Cavaglione, brand manager, Damilano, told us that with the new generation some changes have occurred. While they remain focused on the traditional charge of making wine that reflects the terrior, they have acquired new vineyards, work exclusively with ten out of the 15 producers and things like temperature controlled cellars have become the norm. Yet, the wines still stay true to the grapes from the vineyard and bringing the best from what nature intended is the number one priority. 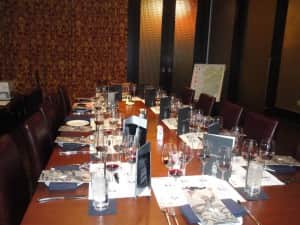 Cannubi is the flagship wine made of 100 percent Nebbiolo, a tough varietal that takes time and care because it is produced in calcareous clay soil and sand unique to the region. It is the most famous of the Langhe wines and most historic. Cannubi wines predate Barolo and the oldest bottle in existence is from 1752. Barbara talked about the family’s love to the nebbiolo grape because “it offers everything – aromatics, balance, elegance and layers – people just need to make the time and patience to appreciate them. 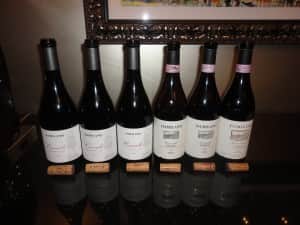 We tried two flights of wine. One was a vertical of Cannubi wines and the others were from the winery’s personal cellar. It was really interesting how different these wines were vintage to vintage:

When the prices for great Crus from Burgundy rose, the family lowered their prices of Barolo – resulting in lowered margins. Entry level Barolo’s start at $24 and range to the mid $50’s. Not many other Italian producers were in agreement to sell wines affordably and some moved to different importers or wholesalers. Now the economy is stronger, they have been able to expand distribution and have a goal of becoming the biggest importer and exporter of Barolo. Ironically enough, prices in the U.S. are cheaper than in Italy and the U.S. is the biggest market.

Great minds of Dallas wine were in attendance like Jennifer Uygur, the owner of Lucia, and Scott Barber, formerly with Centennial and now a wine educator at Meadowood. I asked them if Dallas was Barolo friendly. They both underscored the point that Dallas diners are ready to try new wines and move beyond giant oaky cabernets. They discussed how they both love introducing diners to wines they don’t know about. I don’t think anyone trying these wines will be disappointed. And, a winery that cares enough about bringing wines into the market, making them accessible and taking a loss so people can afford them deserves our credit and support.