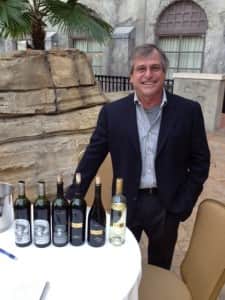 This year appears to be a banner year for many blue-chip California wineries.  I was invited to the 40th anniversary celebration of Silver Oak at the Gaylord Texan, featuring Executive Vice President Tim Duncan.  The winery was celebrating its anniversary in style with a cross-country tour featuring “the tower,” a structure that was erected to tour the country visiting landmarks.  The tour was designed to capture the spirit of the American road trip and spent three days in Texas.

I was curious what was considered a landmark in Dallas.  Apparently it’s the Old Dallas Courthouse.  Other Texas landmarks visited included Cadillac Ranch in Lubbock; the Broken Spoke in Austin; the Alamo in San Antonio and the Johnson Space Center in Houston.  Click here to see the photos from Texas.

Since the tower was no match for Texas rush hour traffic, I also had a chance to sit down with Brooke Michaels from Silver Oak for a private wine tasting of Silver Oak and Twomey Wines.  Brooke talked about the evolution of Silver Oak as a winery and the “life is a cabernet” mantra that became persuasive at the winery.  As you probably know, Silver Oak makes two wines – the Alexander Valley Cabernet, that is single vintage only, and the Napa Valley version, that is blended.  The winery also has the Twomey label that is separate from Silver Oak and makes a merlot, pinot noir and sauvignon blanc. 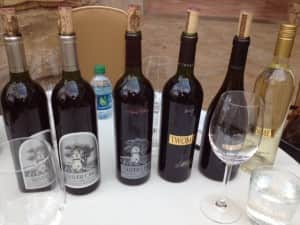 We tasted the following wines that were paired perfectly by the chefs of the Gaylord Texan:

–          2008 Silver Oak Alexander Valley – this lovely wine is not set to debut until August 4.  It was juicy, smooth and had an elegance that made it drinkable today.  While the 2007 was highly acclaimed, I have my sights set on what happens with the evolution of 2008.  And, the Frommager’s Selection of Cheeses as the pairing was gorgeous. 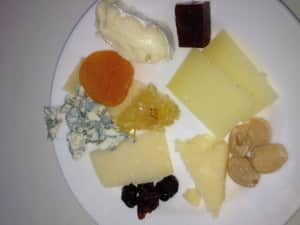 Many of you know about the fire that occurred several years ago at Silver Oak.  Brooke told me about it being an opportunity to build a winery from scratch with 37-years of experience of making wine.  The Duncan family wanted to keep a historic feel, but to be environmentally sustainable.

After the tasting, we waited in anticipation for the 15-foot tower to arrive. There were a few logistical difficulties in getting it to the right spot, like the construction around 114, but we were able to get a picture. 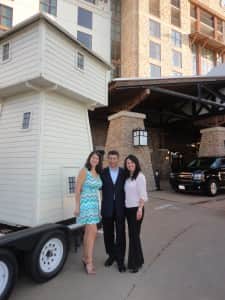 Once the tower arrived, I had a chance to talk to Tim.  He told me they wanted to make Silver Oak the greatest expression of Napa cab with aging potential, expression of the fruit and accurate representation of the land.  Not surprisingly, Dallas is a huge market for Silver Oak because of the sheer number of steakhouses and big Cabernet lovers.

He told me about some of the cool moments of the tour and how much pride people have in hosting Silver Oak in their community.  When I asked him about his favorite tour moment, he talked about a town in Montana where the community worked 200,000 hours to rebuild an abandoned carousel, including the schoolchildren who were able to raise enough pennies to refurbish four horses.  He then talked about how honored he was that Silver Oak was important to so many of the folks that he met and the pride that he felt because of it.

Congratulations to Silver Oak for 40 years of excellence and I’m glad Dallas has played an important part in your success story!